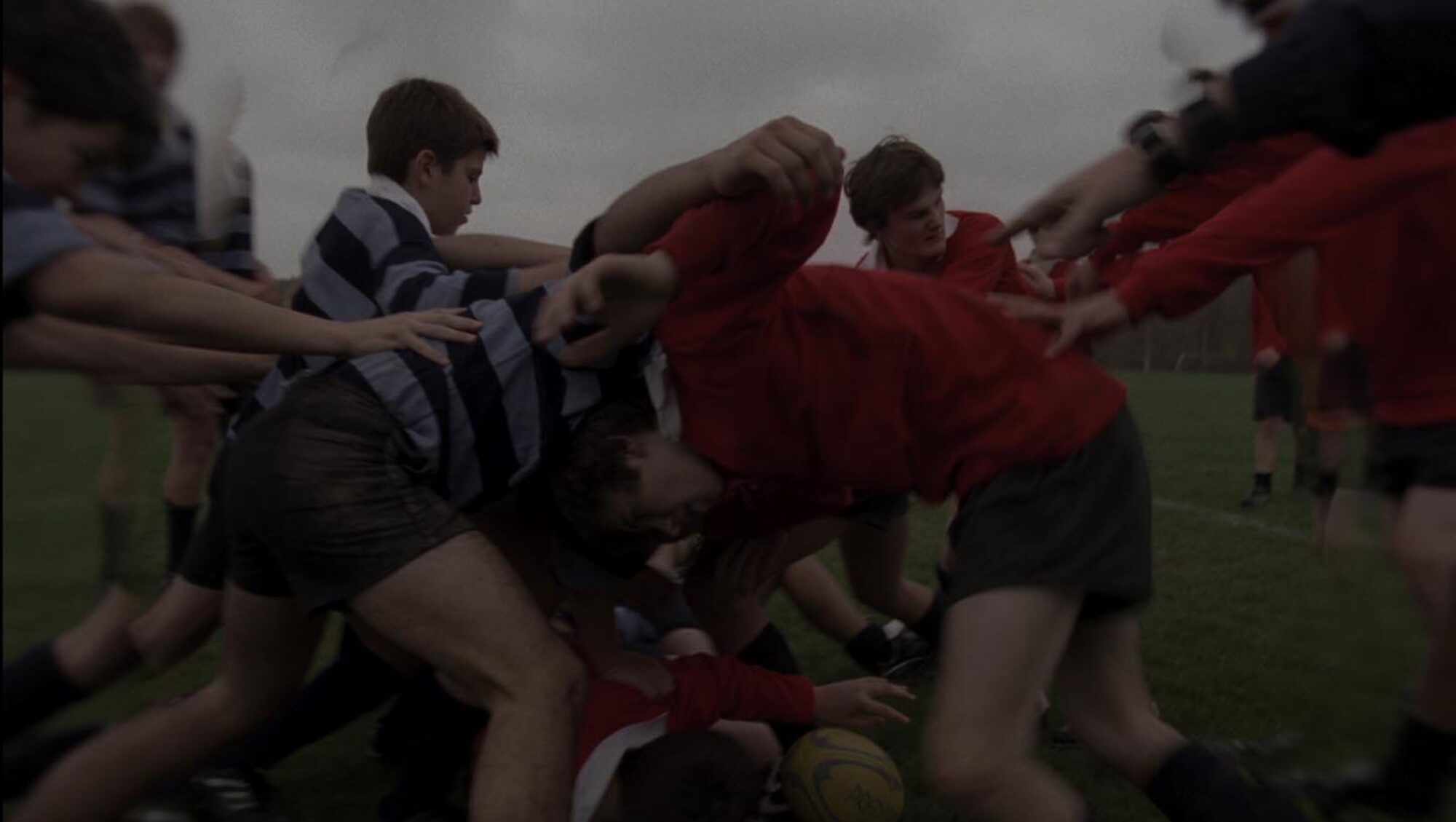 The Latin title of Post Tenebras Lux translates to After Darkness, Light. And yet, in one of many ways that director Carlos Reygadas plays coy with his audience, the film begins in light, with a little girl (Rut Reygadas) running through a patch of farmland and name-checking the animals that run freely about. Her point of view, represented through a dissociative, philosophically charged fish-eye-like effect that Reygadas liberally employs throughout the film, suggests a tunnel vision, a reflection of our smallness in relation to a world of multitudes, at once liberating and constrained, joyous and terrifying. Under the dominion of the filmmaker’s customarily maximalist artistry, the ordinary becomes spectacularly holy, so that a cherubic tot running through a muddied field, from dusk to night, beneath stars and surrounded by the horses, cows, and dogs that walk the Earth, represents both a day in the life and the genesis of creation, good and evil.

And after light, darkness—or rather, Satan, a neon-red, horse-hung sartyr who enters a home, toolbox in hand, and retires to a bedroom, though not before exchanging glances with a seemingly unfazed boy who stands in an adjacent room. This mesmerizing appearance by an animated devil is at first confounding, though not exactly out of place in a film where moments small and grand, from a child jumping half-naked on his parent’s bed to the felling of trees, exude an almost bibilical gravity. That the devil lurks inside man, and that evil seems to come as naturally to the idle rich as it does to the back-breaking poor, is just one key that unlocks Post Tenebras Lux, an at once dazzling collage of willfully obfuscatory imagery and philosophizing that’s most interesting as a window into Reygadas’s sense of the marginalization that his own privilege affects.

The setting is rural Mexico, where the mood is tranquil, but danger always seems to lurk at arm’s length. In a manse surrounded by lush farmland and forests, a rich young couple, Juan (Adolfo Jiménez Castro) and Natalia (Nathalia Acevedo), spend their days and nights eating, tending to their two young children, and fucking, or at least promising to fuck. She’s disinterested in his advances and he’s almost crazed in his struggle to reconcile his private and public selves. His riches, the lightness of this skin, create a wall between him and his ranch-hands that no kindness on his part could ever breach, and this remove breeds compulsion, from his violent beating of one of his dogs—made all the more chilling by the immediate show of warmth he bestows on his young son (Eleazar Reygadas)—to a visit he and Natalia pay to a sex club whose rooms are named after figures such as Duchamp and Hegel.

The wry saliency of this graphic scene isn’t that Reygadas is Hegelian in his thoughts on the individual and the spirit, but how he exposes the absurdity of the rich seeking to make their sexual proclivities permissible by intellectualizing them. It’s the same critique that runs through a scene set inside the gilded cage of Juan and Natalia’s home, during a dinner for which relatives have arrived from places near and far, and all to sit around tables and snip at each other by showing off the culture they’ve acquired through their privileged learning. If Juan doesn’t belong here, where he’s a stranger to all except his children, neither does he belong among the poor villagers whose problems feel so much more significant than his own the one time he attempts, at a local AA meeting, to open himself up to them. The tragedy of the film becomes his realization that he lives in a purgatory or sorts, without self-expression, and how this awareness permits his doom.

Post Tenebras Lux, an almost impossibly intellectual film, keeps us at a remove that’s as striking as that which separates Juan from the lower classes. Not all of the visual and philosophical ideas about race, sex, class, and spirituality that Reygadas juggles are as instinctive as others. The inclusion of an early episode depicting a group of schoolboys readying for a round of rugby feels inexplicable until we return, right at the end, to the boys on the field and one utters that they’re going to win because they’re a team and not a bunch of individuals. This summarizing statement, which could have been uttered by one of Juan’s judgmental relatives, would suggest that Mexico’s social problems can be blamed on its people’s stubbornness for individualism and distrust of social order. It’s an elitist sentiment that’s unlike a filmmaker so typically sensitive to the prickly nuances of class struggle. Worse, it’s an observation that feels flip and too on the nose from a film that’s at its most awe-inspiring and humane when it’s also at its most abstract.