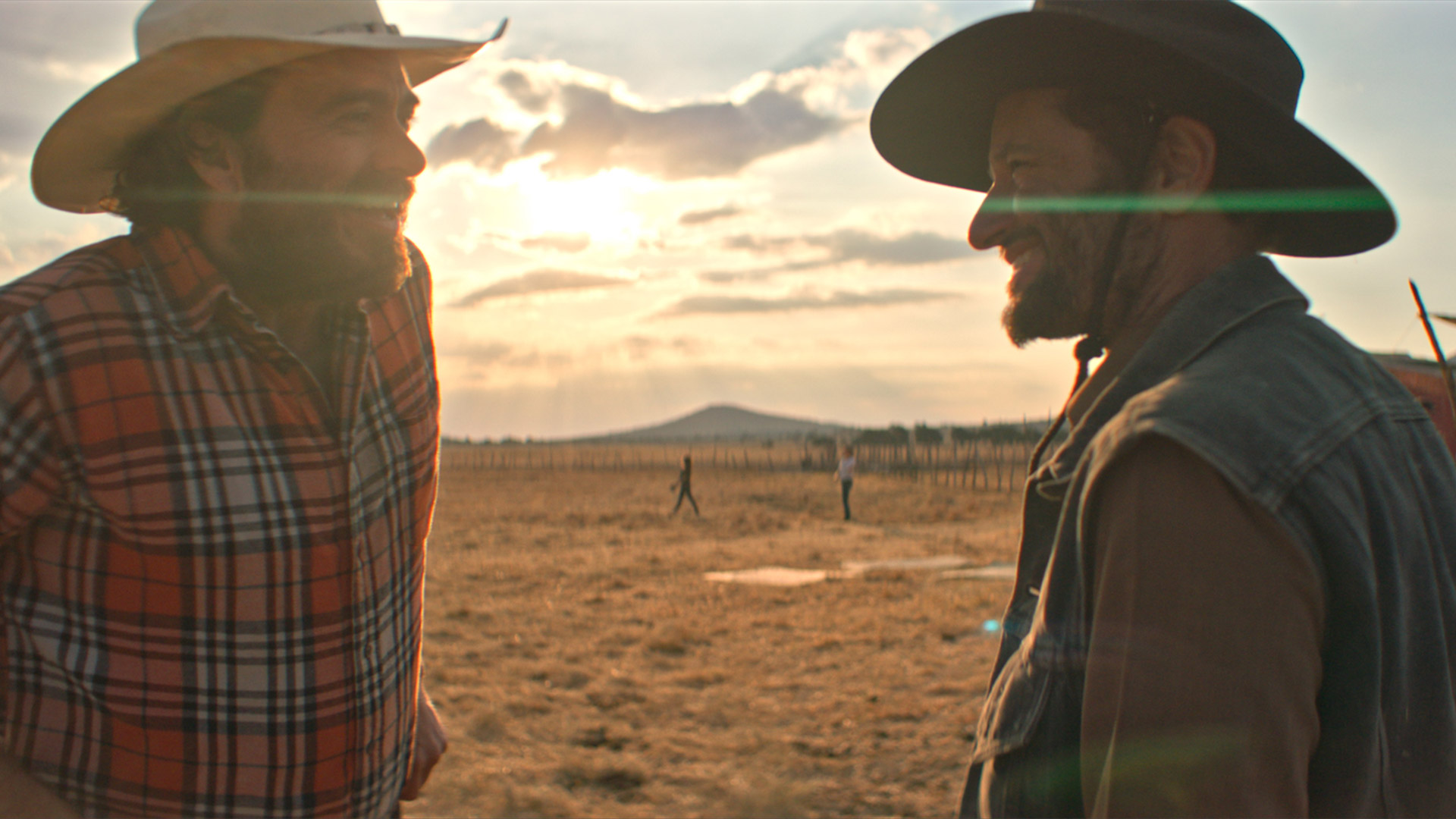 Filmed in low, awesomely wide angles, the series of vignette-like scenes that make up the lengthy opening sequence of Carlos Reygardas’s Our Time are a sociological survey in miniature, observing the nature of the interactions between people of the opposite sex at various ages. Young girls fuss with a broken beaded necklace as boys, sticks in hand, go marauding through a shallow, muddy lake surrounded by distant mountains. “Let’s attack the girls,” one of them says, as they disrupt a gossip session among pre-teen girls on a large innertube. With a slipstream rhythm, the action pivots to older teens experimenting with alcohol and drugs and maneuvering sexual attraction and frustration. After a while, we arrive at the grown-ups, a set of urbane, cosmopolitan ranchers who haven’t left any of this behind.

The backdrop of this sequence, which lasts from bright daytime to well past dusk, recalls the simultaneously transcendent and frightening opening of Reygadas’s Post Tenebras Lux, depicting a child alone in the wild. In his first collaboration with a new cinematographer (Diego García, who shot Neon Bull and Cemetery of Splendour), Our Time retains some of the director’s penchant for specialized lenses—like fisheye—and prismatic lens flare, but their effect is muted relative to the sometimes outrageous transcendentalism of his previous work. Reygadas’s latest unfolds more in the mold of recent work by Nuri Bilge Ceylan, relentlessly probing the more stubborn and outdated aspects of modern masculinity.

Reygadas himself plays Juan, a renowned poet and the owner of a ranch outside Mexico City, and the filmmaker’s wife, Natalia López, stars as Juan’s spouse, Esther, who manages the ranch. (Their children, Rut and Eleazar Reygadas, play Juan and Esther’s two younger children, with Yago Martínez in the role of their teenage son.) The family is rarely alone, and they retain domestic help and numerous cowboys to manage the bulls and horses on their property. At the party that opens the film, Esther connects with an American horse trainer named Phil (Phil Burgers) and begins an affair that gradually undoes her marriage. Our Time is, by all accounts, a pretty faithful biographical account of Reygadas and López’s recent marital troubles.

The conflict between Juan and Esther, which elevates from a gentle simmer to physical outbursts over the course of the film, isn’t merely about lust; it’s also about semantics and self-presentation. The couple have long had an open marriage—an allusion to Juan’s ex-wife suggests this decision was an effort to avoid past mistakes—so Juan’s feeling of betrayal is less about Esther sleeping with Phil than it is about her concealing the act, along with her continued communication with him. In his roles as writer and director, Reygadas crafts Juan as a self-styled progressive and empath. Unlike the patriarch in Post Tenebras Lux, who ran headlong into class warfare, Juan is exceedingly companionable with his hired help and open-hearted toward his children. Though class markers are everywhere in Our Time, from Juan’s clean chaps to his conversations with relatives of his workers (one requests that Juan “sponsor” him with the purchase of a new race car), the film elides these politics in order to earnestly consider whether love is necessarily an act of possession.

As politics drop out of his purview, Reygadas integrates nature—typically an external force of rapture and terror in his work—into his study of human behavior. Often, he does this in the most prosaic of ways, twice transitioning from arguments to instances of wild bulls picking violent fights. At the same time, the ranch is a haven in Juan’s very image, and he treats moments like these as violations of his peaceful dominion. Reygadas explores Esther’s psychology in more interesting ways, sending her to a timpani performance (by Mexican percussionist Gabriela Jiménez), which is shot with such urgency that it feels like a heavy metal concert, conjuring Esther’s turmoil as she texts with Phil in a symphony hall that would be pitch black if not for the slight glow of her phone.

With limited evidence that their affair is continuing, Juan’s fixation on Esther’s interest in Phil yields a handful of lengthy discourses on Juan’s fears for their future. His words are eminently judicious, but they wear Esther down, until she reacts to him with physical sickness and increasing desperation. Their distance yields Reygadas’s boldest narrative tactic, which is to effectively turn our time into an epistolary three-way romance for an entire act of the film. Juan, Phil, and Esther all dispassionately say their piece in voiceover monologues reciting letters and emails they’ve written to one another (one is recited over a bravura shot captured from the landing gear of a plane). In odd instances, a few of these communiques are read by one of Juan and Esther’s children, a suggestion that they understand what is happening or are perhaps fated to make the same mistakes as their parents.

Our Time’s foundation as a sort of Knaussgardian, auto-fictional overshare may account for both its curiously absent politics and what for Reygadas as unusually vibrant, dimensional characters. (Phil, an inane lunk trying to reconcile conflicting orders about whether or not to have sex with Esther, doesn’t achieve such depth.) Though the film suffers in its later scenes, as Reygadas turns Juan’s anxieties into actions and assures us that this auteurist self-portrait is appropriately self-excoriating, Our Time is remarkably balanced in considering both sides of its central marriage. As Juan’s mixed emotions unfurl in lucid, bountiful words, López reveals in simple gestures and shifts of position how Juan’s behavior has robbed Esther of her independence. Though artistically tame by Reygadas’s standards, Our Time doggedly pursues ugly truths about how partnership necessarily requires the sacrifice of one’s agency.

Review: The Reports on Sarah and Saleem Sees Sexual Betrayal as Horror

Review: Blue Note: Beyond the Notes Trumpets the Freedom of Jazz