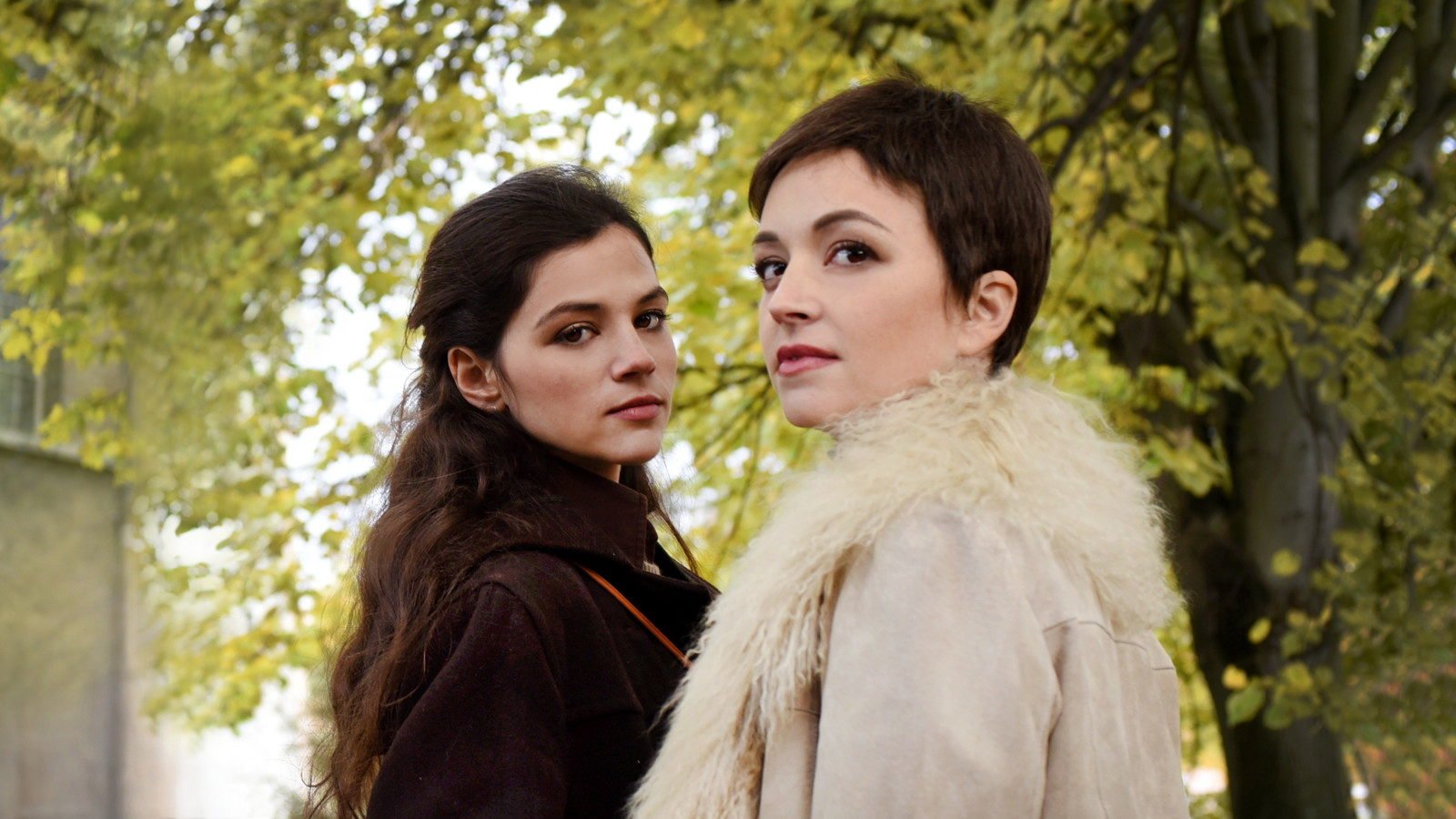 Some men are born bastards, others become them. Doctor Baruch Milch (Doron Tavory), the seething patriarch at the center of Avi Nesher’s Past Life, could fit in either category. Having survived the Holocaust and settled in Israel, he’s now a cold, abusive father to his two daughters, Sephi (Joy Rieger) and Nana (Nelly Tagar). But he may also be a murderer. The film opens in West Berlin in the late 1970s, after one of Sephi’s musical performances. During a chance encounter with her soon-to-be mentor, Thomas Zielinski (Rafael Stachowiak), all messy blond mop and creepy Aryan visage, and his mother, Baruch is accused of the second oldest sin. The revelation pushes Sephi and Nana into a zigzagging search for the truth across Israel and Europe, even as they struggle to keep their personal ambitions afloat.

Tagar telegraphs a melancholic blend of political idealism and an older sister’s jaded adulthood throughout the film, while Sephi, precocious and driven, is tossed in every direction by Baruch’s past. Rieger, a relative newcomer, rises to the challenge, capturing a young woman fighting both to place herself in her family’s history and against an artistically stifling, sexist culture. Whether delving into the emotional hell of Baruch’s life or channeling the sublime drive of her choir music, she gives what could have been an item-chucking struggling artist or petulant teenager an alluring sense of existential displacement. As Baruch concedes facts, half-truths, and possible lies to his inquisitive daughters, Tavory agilely, if melodramatically, gives him unsettling, paradoxical dimensions. Sometimes a crumpled old man and sometimes a terrifying autocrat, like Sephi he seems battered by the struggle of trying to incorporate a hitherto silent past and live with himself in the present.

Past Life deploys a claustrophobic, often icy, visual style. Unlovingly cloistering Baruch and his family, the muted blues, grays, and blacks of their house evoke an older generation’s style, at odds with Sephi and Nana’s modern sensibilities, while highlighting their family’s joylessness. Cinematographer Michel Abramowicz throws Sephi into tight frames overstuffed with foreign bodies singing and dancing. The effect is alienating and exhilarating, transfixing the choral energy onto the lonely objects of the camera’s gaze.

In her darkest moment, Nana accuses God of aesthetic amateurism because he fills life with too many coincidences, but Past Life itself is largely made of such flights of chance. Sudden conflicts give it the veneer of a melodrama but with elements of a bildungsroman and thriller as well, meaning the film is ultimately hard to pin down. The narrative often feels overstuffed with dramatic turns; piled on top of an already dense story is a host of undeveloped motifs and characters whose arcs never add up to much more than fluff. The story’s successful moments, however, are the effect of its faithful explorations of a simple point: how war pushes people to do horrible things that they must learn to live with. Taking place in a world that’s deciding how a post-WWII generation is to process the Shoah, its improbable story gives breath to the burden of fate on those living with a past unreconciled.