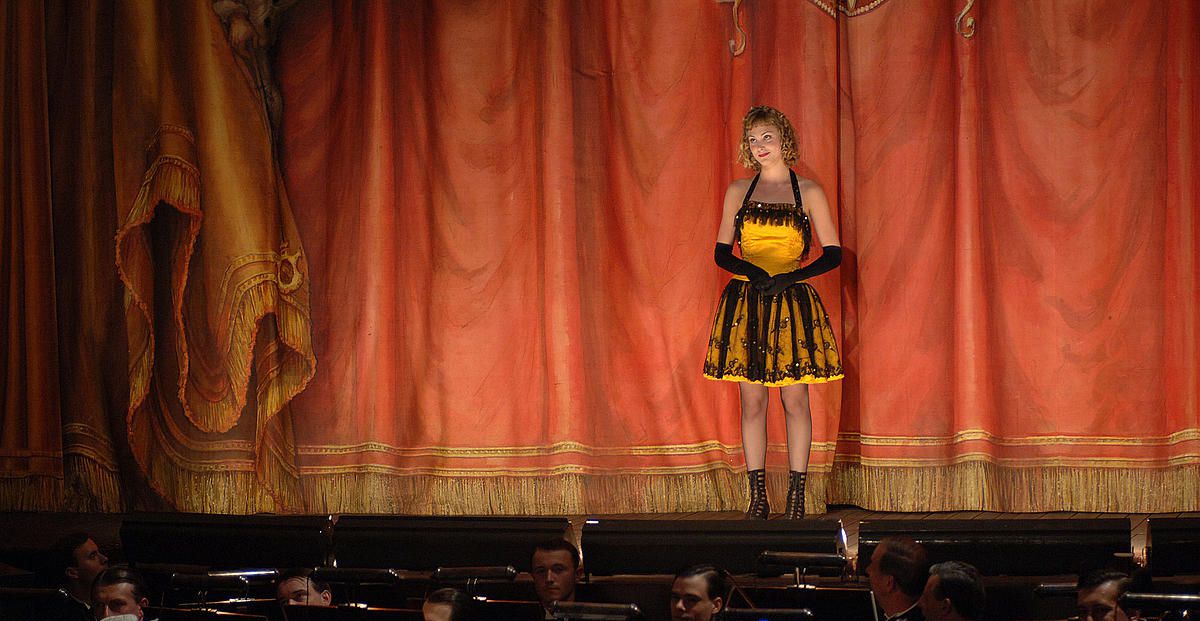 Christophe Barratier’s The Chorus may have peddled a sickly strain of sentimentality, but at least its squishiness was relatively streamlined. Not so for Barratier’s follow-up, Paris 36, a superficial, clichéd jumble that illustrates what might happen if you threw Moulin Rouge and Amélie into the same high-speed blender.

Bloat is the operative word to describe this messy quasi-musical, which concerns the efforts of three Parisians to keep their beloved Chansonia theater alive amid roiling tensions between communist factions and fascist political thugs in 1936 shortly after the Popular Front’s rise to power. At the center of this maelstrom is The Chorus’s head schmaltz-master Gérard Jugnot, here embodying Pigoil, the theater’s long-standing stagehand whose dreams of visiting “the sea” with son Jojo (Maxence Perrin) are dashed when his wife runs off with their kid in tow (aided by mean ol’ social services) and the Chansonia is closed, leaving him unemployed and destitute. At the same time, a romance between no-nonsense commie agitator Milou (Clovis Cornillac) and budding starlet Douce (Nora Arnezeder) is complicated by gangster Galapiat (Bernard-Pierre Donnadieu), who hates unions and pines for Douce, while lame-o impressionist Jacky (Kad Merad) trades his soul for a stage career when he agrees to perform Nazi comedy routines for Galapiat’s sieg-heiling pals.

Young love, social strife, anti-Semitism and paternal devotion form the soggy foundation upon which Paris 36 is built, with Barratier cramming hastily conceived, hackneyed subplots into his 120 minutes like a man trying to come from behind to win a pie-eating contest. Indigestion is the natural effect of this strategy, which also entails paroxysmal editing, superfluous CG-aided panoramas of the city, and musical numbers that pop up randomly and—aside from a spirited Busby Berkley-inspired sequence—fly by so quickly they barely register. The entire cast is broadly melodramatic not in a period-specific way but a shamelessly manipulative manner, with Jugnot leading the charge thanks to puppy-dog eyes and earnest expressions that make even his outbursts, no matter how vehement or despondent, register as pinch-those-cheeks, baby-doll cute. Me, I’d just as soon leave his performance, and the childishly schmaltzy Paris 36 in general, on a stranger’s doorstep in the dead of night.