Amy Taubin, in a recent article in ARTFORUM, was absolutely correct in her comparison of Alex (Gabe Nevins), the protagonist of Paranoid Park, to the subject of Correggio’s Portrait of a Young Man. The comparison is purely aesthetic, but then again, so is much of Paranoid’s substance. The film’s aesthetic surface is the pure vessel of transport to its deepest meaning—the photographing of a subject’s base-level essence.

The last three films that Gus Van Sant has made constitute a trilogy. Sometimes referred to as the “Trilogy of Death,” these films have much more in common in terms of aesthetics and style than in terms of subject matter. It is true that each of these films—Gerry, Elephant and Last Days—center around a death or deaths, but to emphasize this as the common denominator would be misleading. What unites these films is Van Sant’s stylistic conception of cinema, which starts off as homage to Béla Tarr but quickly turns into an aesthetic entirely his own. Gerry and Last Days are both haunting, moving films, and Elephant is an interesting failure. With Paranoid Park in mind, these films refocus themselves as a build-up to what is perhaps the strongest film Van Sant has ever made.

When I use the phrase “build-up,” I mean it quite literally. Paranoid Park utilizes the aesthetic foundation Van Sant laid down with his trilogy and now adds elements on top that were not present in the earlier work—namely, psychological character work and significant narrative. These additions can be attributed to the fact that Paranoid, unlike any film in the trilogy, is adapted from a novel. Internal psychology and a real storyline hardly sound like the kind of elements that would better a Van Sant film (indeed, one of the reasons his recent work is so strong is because of their absence), yet there is no doubt that these factors, when combined with the stylistic underpinning, lead to the sense that Paranoid is the culmination of a four-film odyssey. The reader is probably already familiar with the film’s plot, but the story is essentially of a young boy (Nevins) who accidentally kills a security guard; afterwards, anxiety and paranoia overtake him as he questions whether or not he will be found out.

Character development is most commonly achieved in the movies through dialogue or action; how characters behave tells us who they are. In Paranoid, Alex’s narration does indeed supply a base of comprehension for his character, but it is how Van Sant and DP Christopher Doyle photograph him that really reveals who he is. It is not so dissimilar from looking at excellent portrait photography and, indeed, Paranoid is a portrait in the truest sense of the word. Every conflicting emotion inside Alex—his innocence, his naïveté, his instinct, his curiosity—all these and more are captured rigorously by Van Sant’s employment of formal elements (namely, composition and lighting).

Would these character traits reveal themselves through the photography were Alex’s narration not present? Probably not as fully. But there is a hierarchy here—Van Sant is using a traditional cinematic device (the narration) to enable an experimental cinematic device (character development through something akin to still photography). Some might argue that cinema has developed character through the way subjects are photographed for as long as the form has existed; the response to this is, yes, but rarely with such complexity. The complexity in Paranoid is impressive, made all the more so by the fact that the beauty of the photography does not distract from the film’s content, but only enhances the content. It is the content.

I can foresee some critics sizing up Paranoid Park as a success, but only as much as an exercise can be; Manohla Dargis commented that the film is a “triumph,” but a “modestly scaled” one. The error is forgivable. Van Sant himself has made much of the fact that the script was written in two days and clocked in at 56 pages; the novel is not exactly instilled with literary gravitas. The casting was largely done over MySpace. So Paranoid may feel like a small film in a way, but this patronizing judgment is as great a disservice to the film as anything imaginable. It is a triumph, yes, but a giant one—a triumph of aesthetics and a triumph of character study, the one feeding into the other. Some might dismiss it as a mere stylistic exercise, but No Country For Old Men this isn’t; how can a work of art be only an exercise when its formal innovation is more moving and poignant than most well-told stories?

Additionally, one of the film’s more interesting aspects is the way Alex’s criminal act serves as a metaphor for being a teenager—what teenager doesn’t perpetually feel like they’ve done something they shouldn’t have, as if they’re about to be caught at any minute for the crime of adolescence? Smoking pot, drinking, masturbating—the killing of the security guard (which some have interpreted as a metaphor for a first homosexual experience) is a stand-in for doing all of these things for the first time, albeit with a darker angle to it.

The awkwardness inherent in being a teenager is captured by one of the most rarely encountered cinematic techniques: a director intentionally using unintentionally bad acting. There isn’t a single good performance in Paranoid Park, although there is a range from the completely laughable (Taylor Momsen, who plays Alex’s girlfriend—surprisingly, a professional) to the almost believable (Nevins, who does have to carry the film, after all). Nevins’ acting is at its weakest in his narration, where his voice falters and stutters with the cadence of someone who has never acted before in his life. But the awkwardness of Nevins’ acting is the perfect cinematic parallel for the awkwardness of being a teenager. These kids aren’t comfortable on screen, and the adults have a sense of taking themselves too seriously (Dan Liu, as the detective investigating the crime that the film centers around, is the best example). Well, exactly. Teenagers are never comfortable in their own skin (nor are they trustful of adults), especially not ones who feel the need to position themselves within a counter-cultural group, like skaters.

Paranoid Park is moving because of the manner in which it depicts adolescence, and brilliant because of the way it turns the formal elements of cinema into elements of interrogation of the soul. When Van Sant’s steady camera fixes its gaze upon Nevins’ visage, the effect is of looking through someone’s face, into their essence. Taking this into account with the other examples of Van Sant’s formal mastery—the out-of-sync dialogue, the painfully beautiful slow motion, the 8mm footage of the skaters, the commanding music selections and the clever nonlinear editing—one begins to realize that Gus Van Sant is one of the most talented filmmakers working today. This review of Paranoid Park has only skimmed the surface of a film that will be revisited time and again for years to come. 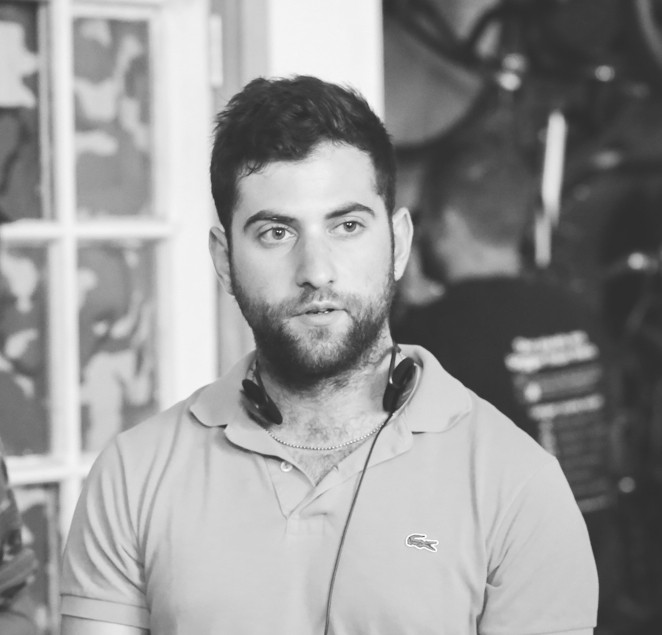 Zachary Wigon is a film critic and filmmaker. His films include 2012's Someone Else's Heart and 2014's The Heart Machine.