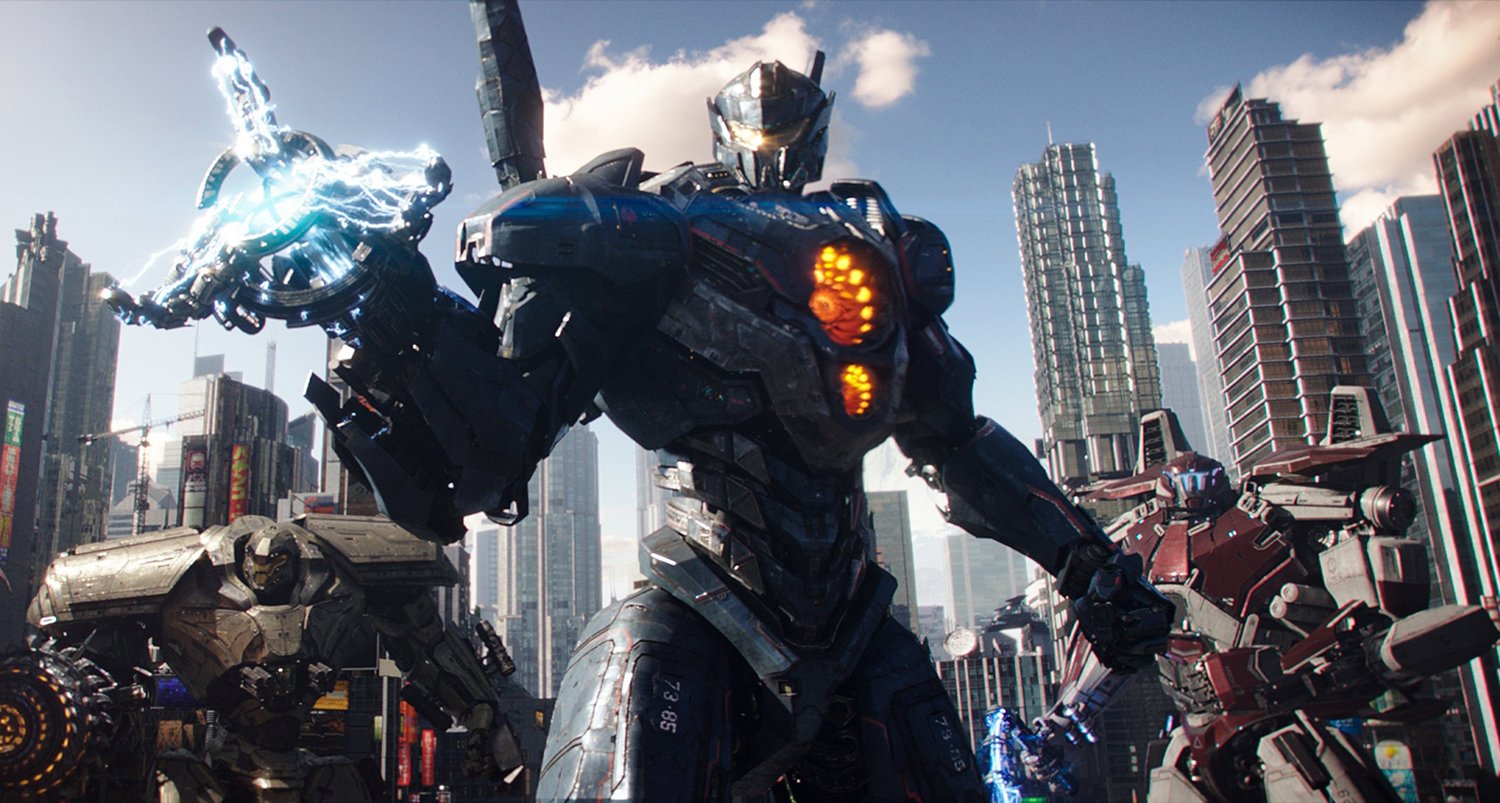 Guillermo del Toro sought to bring his love of anime to the realm of the mega-budget blockbuster with Pacific Rim, but the film’s overt sentimentality diverted too much attention away from all the apocalyptic Jaeger-versus-Kaiju action and onto thinly sketched characters unworthy of such focus. Steven S. DeKnight’s Pacific Rim Uprising lacks for del Toro’s visual acumen—his exquisitely controlled sense of scale and movement—but it makes up for that with an energetic sense of chaos throughout its front-and-center skirmishes, and in the end hedges closer to the nightmarish intensity of such inspirational texts as Hideaki Anno’s Neon Genesis Evangelion.

Like Pacific Rim, the sequel reflects anime’s long tradition of casting young people as heroes, but it goes further by putting teens as well as young adults inside the Jaegers. Even the instructors are young, with Jake Pentecost (John Boyega), son of Stacker from the first film, pressed into service to help a group of cadets learn how to operate a bunch of Jaegers that were kept active during peacetime. These characters exude a wide-eyed reverence for the Jaegers at their training facility and have an air of forced confidence about them, and like so many young people, they speak bluntly and often awkwardly. Perhaps intentionally, the actors’ clunky but amusing line readings recall the offbeat and hurried cadences of English dubs of Japanese anime series, indirectly granting Pacific Rim Uprising another tie to its genre influences.

Despite del Toro’s reputation for monster-making, the Kaiju of Pacific Rim were curiously indistinct figures that blended together in giant blots of gray with pulsing blue mouths. In Pacific Rim Uprising, a seemingly Kaiju-free world erupts into hell when genetically modified remnants of alien tissue are placed into drone Jaegers, resulting in massive, terrifying, and unclassifiable cross-breeds of metal and flesh. This scenario is right out of Neon Genesis Evangelion, and the sight of robots suddenly growing claws and gushing blood is the DeKnight film’s most perverse and nightmarish delight.

The compelling nuances of the creature designs, however, are frequently lost amid the cacophony of the action, and, in effect, Pacific Rim Uprising ends up perversely doubling down on the first film’s issues, with the Kaijus seeming undistinguishable from one another at various points. But del Toro’s original, whose tender affection for its heroes contrasted almost violently with the incalculable collateral damage caused by the film’s Kaiju attacks, was tonally dissonant in ways that Pacific Rim Uprising is not. Here, the general level of indifference to characters beyond script function oddly works in the film’s favor, allowing it to slip more easily into the casual horror of watching the protagonists wreck as much havoc as the Kaiju, as in our heroes’ use of gravity weapons to yank entire skyscrapers down onto their foes.

The focus this time is very much on such skirmishes, sparing the actors from having to do more than fulfilling their basic duties. Boyega’s irrepressible charisma ensures that Jake is the most compelling figure here, as the actor balances self-centered sarcasm and rallying oratory without contradiction. By comparison, Scott Eastwood is completely stilted as Jake’s partner, Nate, unconvincingly aping his father Clint’s trademark gruff demeanor to no particular end. The younger actors are largely interchangeable, the only standout being Cailee Spaeny, who brings a defensive vulnerability to Amara, a street urchin and mechanical whiz. The relative anonymity of the supporting cast compounds the characters’ expendability, giving the film a bleak edge that’s only occasionally counterbalanced by a few obligatory gestures toward hope. The film never truly explores this cynical subtext, but its presence makes Pacific Rim Uprising a more fascinating, unpredictable creation than its predecessor, and one that sticks longer in the mind.