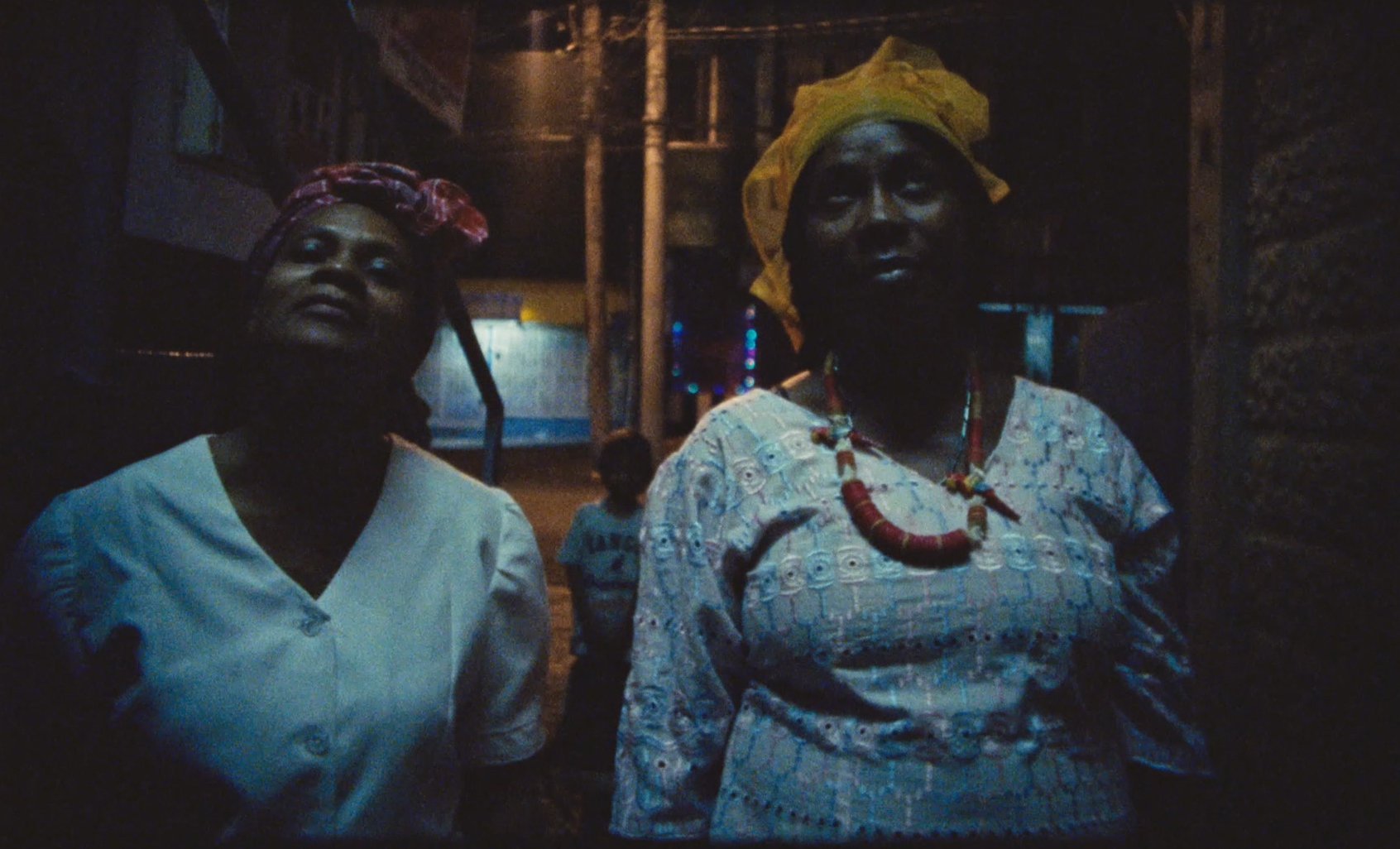 Khalik Allah’s Black Mother at once elucidates and scrambles notions about class, gender, spirituality, and the history of a nation. The photographer turned director’s new documentary marks a striking advance from Field Niggas, which announced him as a sui generis talent. Filmed entirely at a single Harlem intersection, that 2015 film employed a radical formal gambit, melding photographs and videos of children, K2 addicts, police officers, and other community members with an asychronized soundtrack drawn from interviews Allah recorded with his subjects before or after shooting them. Though few people have seen Field Niggas, Allah’s distinctive close-ups and stream-of-conscience editing style will feel familiar to viewers of Beyoncé’s Lemonade film, on which Allah served as a director.

Black Mother finds Allah doubling down on his established aesthetic to bold, hypnotic ends. This essayistic documentary is organized into “trimesters,” chapter headings marked by the growing stomach of a naked woman, and it drifts between digital, Super 8, and Bolex footage as Allah tours the home country of his mother, beginning with a remarkably cogent examination of Jamaican political and religious history through the voices of those the director encounters on the street, before sprawling into more existential terrain, chiefly the feedback loop between humans and the environment. Allah is attracted to loud, confident voices, and the ways in which they hold forth about poverty, sex work, spirituality, and food is crucial to the filmmaker’s vision of the proud, angry beating heart of a nation.

The separation of sound and image throughout the film is both seductive and occasionally jarring, which is a comfortable wavelength for Allah: What you’re hearing and seeing rarely sync, but they sometimes rhyme, as when the filmmaker shows a mattress on cinder blocks as a woman expresses the extent of her hunger and poverty. There’s great sadness—and some unquestioned, rampant sexism—in Allah’s interviews, but it’s not sufficient to say that he’s offering a voice and a platform to unseen and unheard voices; he’s capturing people as they want to be heard, and presenting their faces and bodies in a similarly elevated manner.

This aesthetic is of a piece with the filmmaker’s roots in the Five-Percent Nation, an offshoot of the Nation of Islam that refers to black men as “gods” and women as “mothers,” promoting a centeredness that equates the self with a god that exists in deep communion with nature and the broader universe. The filmmaker’s zeal to capture the essence of his subjects lends an air of radical lucidity to Black Mother’s many proclamations, by the expressions of defiance or mad conspiracy theories. The documentary’s exquisite sound design allows diffuse and divergent sentiments to elapse in a seamless flow guided by an elusive dream logic, often gorgeously overlaid with native music and songs of praise and prayer.

As with Field Niggas, the logic of Allah’s juxtapositions isn’t quite legible, but it’s intensely rhythmic, and Black Mother benefits from a more rigorous structural conceit. The film’s first trimester is organized around Jamaican history, the second loosely considers contemporary society and the struggles of women in particular, and the third engages in a more holistic consideration of identity and the afterlife. While the first section offers a dizzying, polyphonic national narrative, the film’s last 20 minutes or so are meditative yet similarly audacious. Every cycle that ends—a woman gives birth, a patriarch of Allah’s family passes away—marks a new beginning that also merges naturally into a continuous flow of events.

Allah is fascinated by this notion of eternal recurrence, and his sense that what take from the world should be commensurate with what we give back to it gives the film a galvanizing force that bolsters its hallucinatory aesthetics. It’s a testament to his radical generosity and acceptance that he can transform a foreigner’s deeply personal journey into a national symphony, an aesthetic experience that’s at once raw, exalted, and singular.