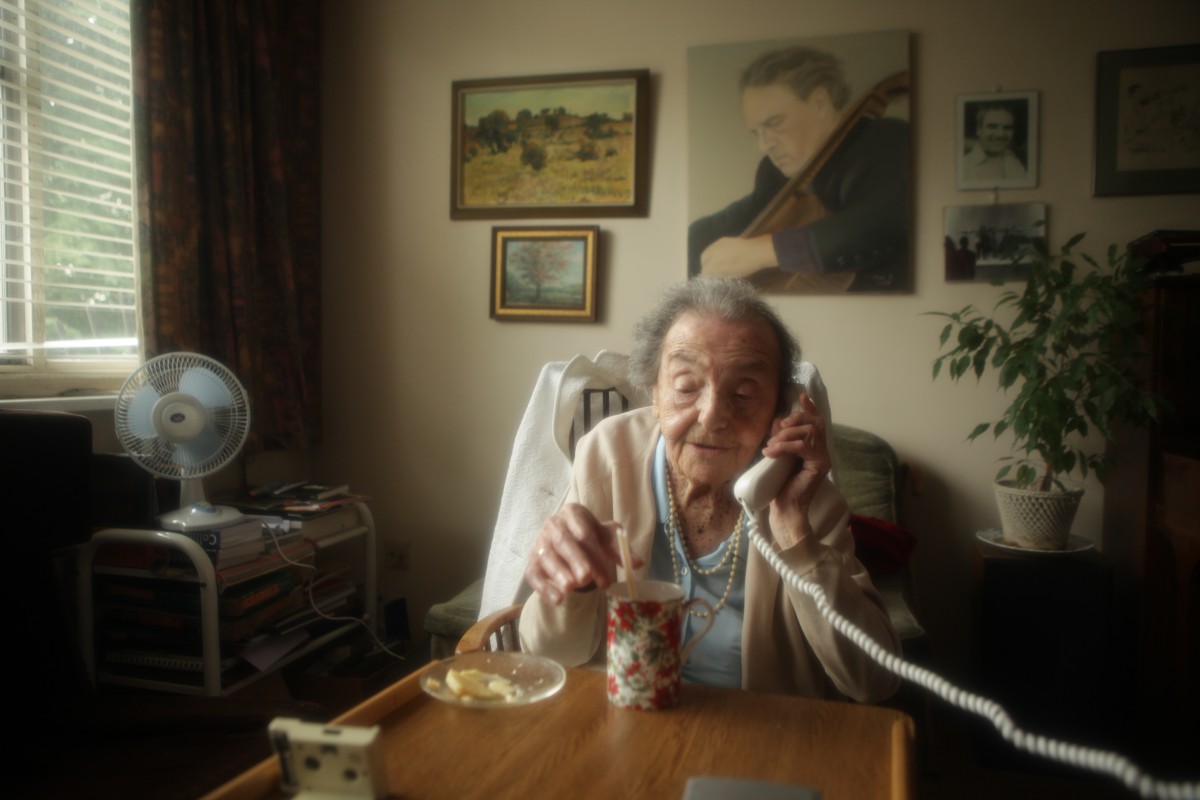 This may not come as a surprise to regular Slant Magazine readers familiar with our contempt for both Dallas Buyers Club and Macklemore & Ryan Lewis’s “Same Love,” that remedial spoken-word anthem that only deserves to be exalted on the stage of the GLAAD Media Awards, but we were unimpressed by this category’s contribution to the Save a Homophobe Foundation. Facing Fear’s gripping subject matter, about a gay man who meets one of the neo-Nazis who savagely beat him 25 years earlier while he was living on the streets of West Hollywood, is made maudlin by director Jason Cohen’s needlessly brooding Errol Morris drag act. Less inquiry into one man’s shedding of his homophobia and violent past than it is an advert for the Museum of Tolerance in Los Angeles, the short left our predominantly queer-eyed staff of Oscar prognosticators and sideline consultants unmoved by its banal artistry.

That said, we still agree that this remains one of the strongest lot of nominees contending for an Oscar this year. Jeffrey Karoff’s Cave Digger is an ambitious exaltation of one man’s artistic process and the friction created by his compulsion and the exasperatingly demanding clients who hire him to construct their cave dwellings, arriving at greater truths about the artistic process and the nature of compromise than Cutie and the Boxer, which is nominated in the main doc category. The Oscars have a long history of rewarding personality portraits here, but the consensus among our gurus of gold is also that the short’s subject, environmental sculptor Ra Paulette, may keep himself too emotionally at arm’s length from the audience.

Another personality profile is Edgar Barens’s Prison Terminal: The Last Days of Private Jack Hall, the category’s most formally interesting nominee. The short, which follows the hospice care received by the terminally ill Jack Hall at a maximum security prison, has been alternately described by our prognosticators as “terribly captivating,” “draining,” and “pretty galvanizing,” but may suffer in the end, like Karama Has No Walls, from a problem of scope. Prison Terminal is more gripping as a study of empathy than it is as portraiture, while Sara Ishaq’s doc, about the tragedy that left 53 people dead within the walls of Change Square in the Yemeni capital of Sanaa during the Arab Spring, is fiercely urgent as a chronicle of the devastating toll of political oppression, but suffers from a lack of context. It also limits itself a bit by focusing on just a few people caught up in the melee, even if one of those people is a blinded child.

Tempting as it is to back Karama Has No Walls, as it fulfills two facets of the Academy’s fetish for that holy trifecta of disease, deformity, and children, there’s a longer and repeatedly proven precedent that suggests this is The Lady in Number 6: Music Saved My Life’s award to lose. Malcolm Clarke and Nicholas Reed’s short is a moving portrait of Alice Herz Sommer, who at 109 is London’s second oldest resident and the world’s oldest pianist. She is also the world’s oldest Holocaust survivor, and in the history of the Academy Awards, few nominated films, features and shorts alike, that take the Holocaust as their subject have gone home empty-handed. Which isn’t to diminish the weight of this singularly lovely work that, while overlong and uninspiring in construction, asserts a profound emotional articulateness in foregrounding Sommer’s perseverance and sense of empathy, which is so magnanimous as to seem as if it could cure all of the world’s troubles, even this year’s sure-to-be bountiful misbegotten Oscar victories.

Will Win: The Lady in Number 6: Music Saved My Life

Could Win: Karama Has No Walls

Review: Love Is in the Air