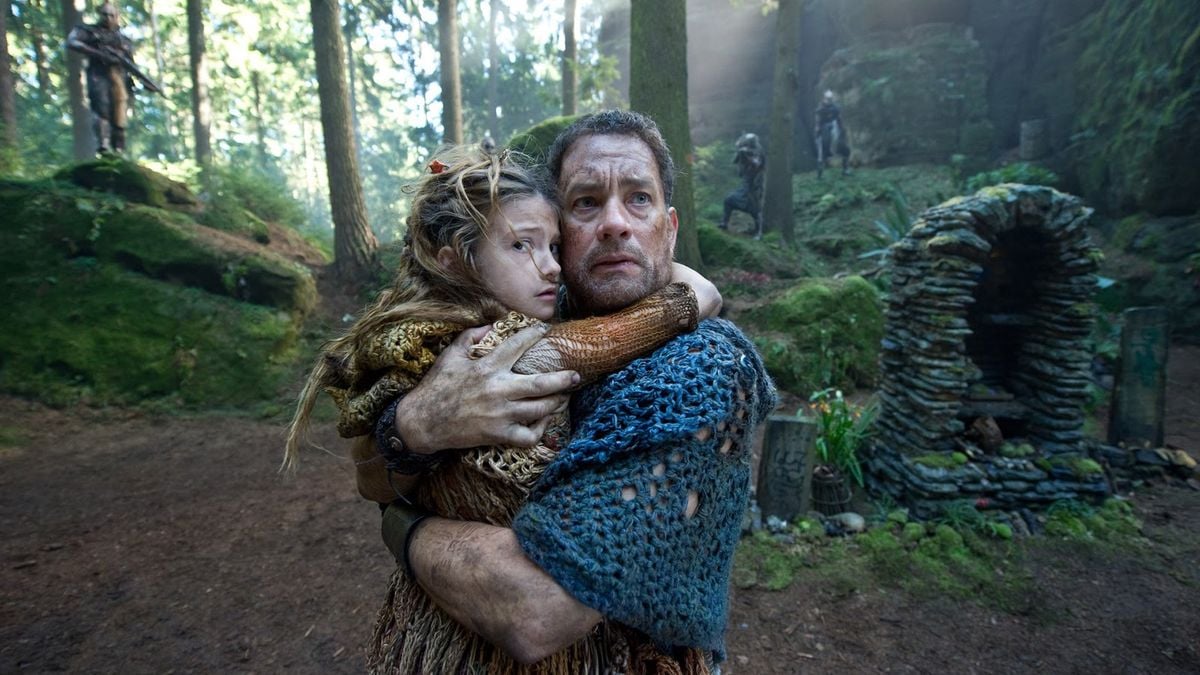 You won’t find Cloud Atlas on the top rosters of too many Oscar pundits, but at this stage, the alternately thrilling and unwieldy three-hour epic is the season’s closest thing to a wild card. Just as there are enough nasty reviews to ward off on-the-fence filmgoers, there are a whole lot of factors playing into the movie’s major nomination potential. The biggest—and most cited—benefit is the sheer ambition of Tom Tykwer and the Wachowskis’ undertaking, which compelled the ever-influential Roger Ebert to call their baby “one of the most ambitious films ever made.” The whole project may be a very mixed bag in terms of artistic success, but most evaluators are at least somewhat united by the awe that it inspires, however fleeting that awe might be. The flaws of Cloud Atlas, which include a lack of profundity and clarity the filmmakers themselves seem unaware of, aren’t so bothersome when watching it, as the experience is a brisk and spectacular diversion. Even in his barely-positive critique, A.O. Scott observed that this “may be the most movie you can get for the price of a single ticket,” and despite a lackluster opening weekend, that virtue shouldn’t be counted out. This sprawling spiritual odyssey, which covers six genres in its translation of David Mitchell’s celebrated novel, should be taken seriously as a Best Picture contender, and not just a magnet for technical nods.

Why else does it look like a major player? In many ways, Cloud Atlas reads like the woo-woo, pseudo-fantasy answer to Crash, which, of course, rode its way to the front of the 2005 Oscar race. The new film’s superficial address of oppression’s ills and race relations—complete with a message-y visual game of ethnicity swapping—seems right up the Academy’s plainspoken alley, where timelessness and middlebrow redundance happily coexist. And like Crash, whose Hughes Winborne was rewarded for his ample, layered cuts, Cloud Atlas is screaming for an Editing nomination, more blatantly than any other film this year. He may only have a heap of genre fare on his resumé, like Resident Evil and AVP, but editor Alexander Berner weaves a great wealth of material together, in a manner that’s deft and deliberate enough to draw praise and demand attention. It may not work for everyone, and the Tykwer/Wachowski film may fail to convey the whole of its thematic objective, but the stories’ visual fusion is a very showy feat, and one that voters in the discipline won’t be quick to ignore. It’s a serious booster in regard to the film’s Best Picture hopes, as rarely do you get an Editing hopeful who doesn’t join the big race. And even if Zero Dark Thirty or, say, Lincoln steals Cloud Atlas’s Editing nod, the movie may still have the clout to slip into Oscar’s foremost shortlist, a lot like Tom Hanks’s last polarizer, Extremely Loud & Incredibly Close. It could just come down to whether or not Cloud Atlas producer Grant Hill can campaign as well as the mighty Scott Rudin.

Elsewhere in the races, Heike Merker and the Makeup team are surely in the running for a trophy, joining Berner as probable honorees by virtue of grand abundance. The makeup in Cloud Atlas is often reflective of the film itself, wildly impressive in parts and comically garish in others. It’s going to face some competition in Hitchcock and The Hobbit (and, if there were any justice, Holy Motors), but it feels safe to call Cloud Atlas a lock in this category, despite the obviousness of the nod. There’s just too much elaborate (and expensive) transformation to pass up, all of it involving the novel contorting of name stars and Oscar winners. Pencil in an all-but-definite nomination for Special Effects as well, as the Wachowskis’ “Somni-451” thread is, on its own, packed with formidable setpieces, their nimble panache evoking the filmmakers’ best Matrix moments. This film will likely find its greatest opponent in Life of Pi, which is primed to fare better in every category save Makeup, and maybe Costume Design. Will the Academy readily welcome two faith-infused, state-of-the-art extravaganzas, particularly in the bigger races? With more polish and prestige, the boy-and-his-tiger tale could roar ahead of the patchwork saga.

It will be interesting to see how Cloud Atlas fares in the arena of Original Score, as rarely do you have a film’s music double as a pivotal plot element. For that very reason, voters may well toss a nod to Reinhold Heil, Johnny Klimek, and co-director Tykwer, whose work on the titular sextet and beyond could bewitch all who love a good nomination story (the composition does, after all, represent the soaring, overlapping narrative notes of the film itself). Even if it’s not so aurally remarkable (can you remember what it sounds like?), the score’s story relevance makes it stand out, and adds to the movie’s likely nomination total. Cloud Atlas won’t be landing on a lot of critics’ Top 10 lists, but you can count on the film still being talked about when awards ballots circulate. And to the skeptics, consider this: All worthiness aside, how many 2012 films have prompted such continuous, widespread discussion?