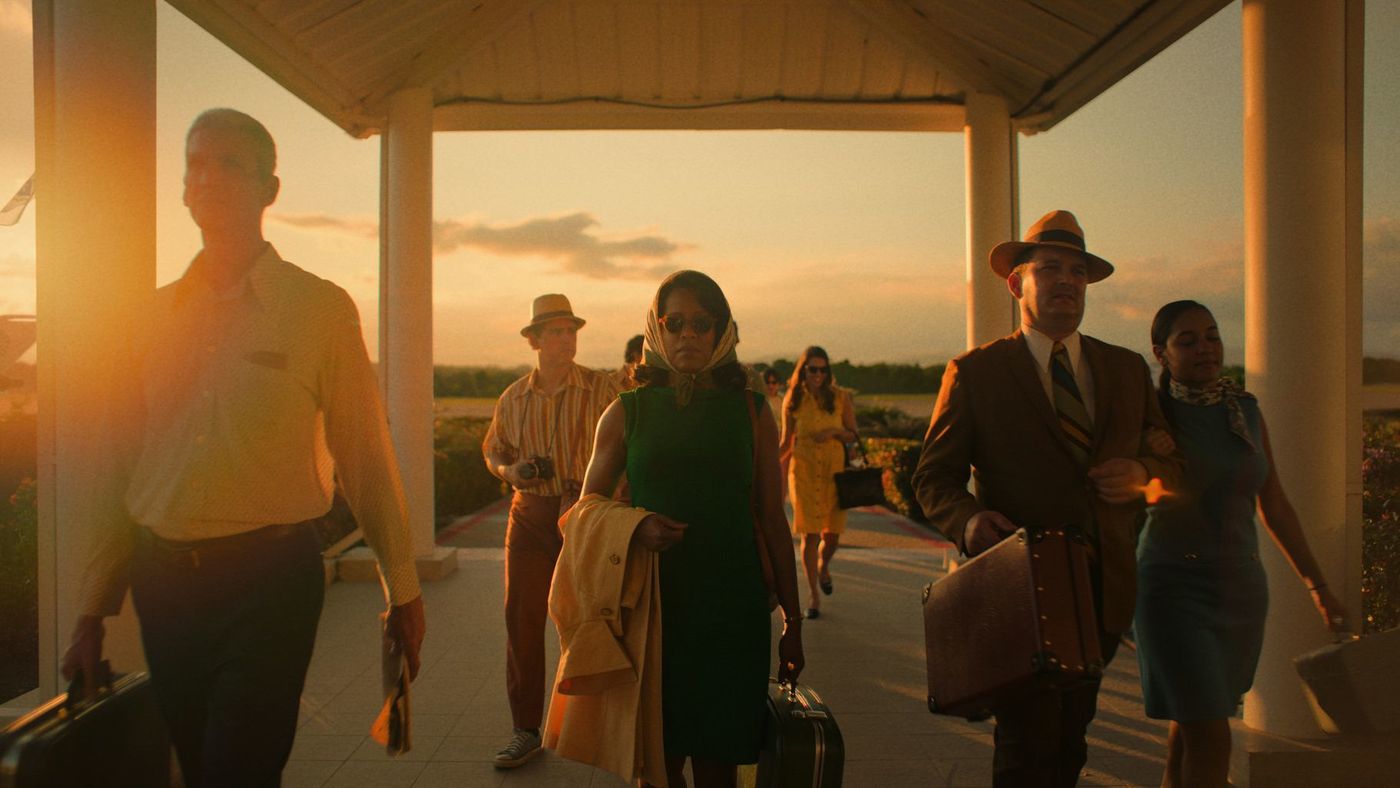 “If Emily Blunt wins the SAG award on Sunday, then I don’t think we should sweat this,” I texted to Eric Henderson last week. And so we won’t. Because anyone who reads these columns every year is also, like us, a part-time reader of Oscar tea leaves—not to mention a glutton for punishment. In short, to tell you when my screener of If Beale Street Could Talk came in the mail last year, or why Barry Jenkins’s thorny film about black love largely flew under the radar of a certain guild across the pond, would be redundant.

But ‘tis the season that makes speculation rather irresistible. Just as we’re of the opinion that AMPAS members don’t really care if a nominee has previously won an Oscar, we do believe that two nominees from the same film who give as formidable performances as Rachel Weisz and Emma Stone do in The Favourite seem very much poised to split the vote, at least among fans of Yorgos Lanthimos’s film. And since no Oscar season seems capable of sustaining more than one narrative about an “overdue” performer (sorry, Amy), that doesn’t seem to leave the door open too much for anyone to take this award from Regina King.

Marina de Tavira, who didn’t win a single precursor award in the lead-up to the Oscar nominations, essays a tricky role in Roma, inviting our scorn for her character’s treatment of Yalitza Aparicio’s Cleo only to often disarm us, and in the slyest of ways, by reminding us that Sofía, too, is put-upon. It’s easy to imagine de Tavira drawing votes from the Golden Globe-winning King, especially among the academy’s younger, newer members, but if there’s one kind of narrative Oscar never tires of, and has guided more than one actress to a win here, it’s that of a woman of indomitable spirit pitted against the irrational forces of oppression. Not for nothing was the sight of King’s Sharon Rivers rolling into Puerto Rico, refusing to let anyone see her sweat, one of the most iconic film moments of 2018.

Will Win: Regina King, If Beale Street Could Talk

Could Win: Rachel Weisz, The Favourite

Should Win: Rachel Weisz, The Favourite

Review: Alita: Battle Angel Is at its Best at its Most Idiosyncratic