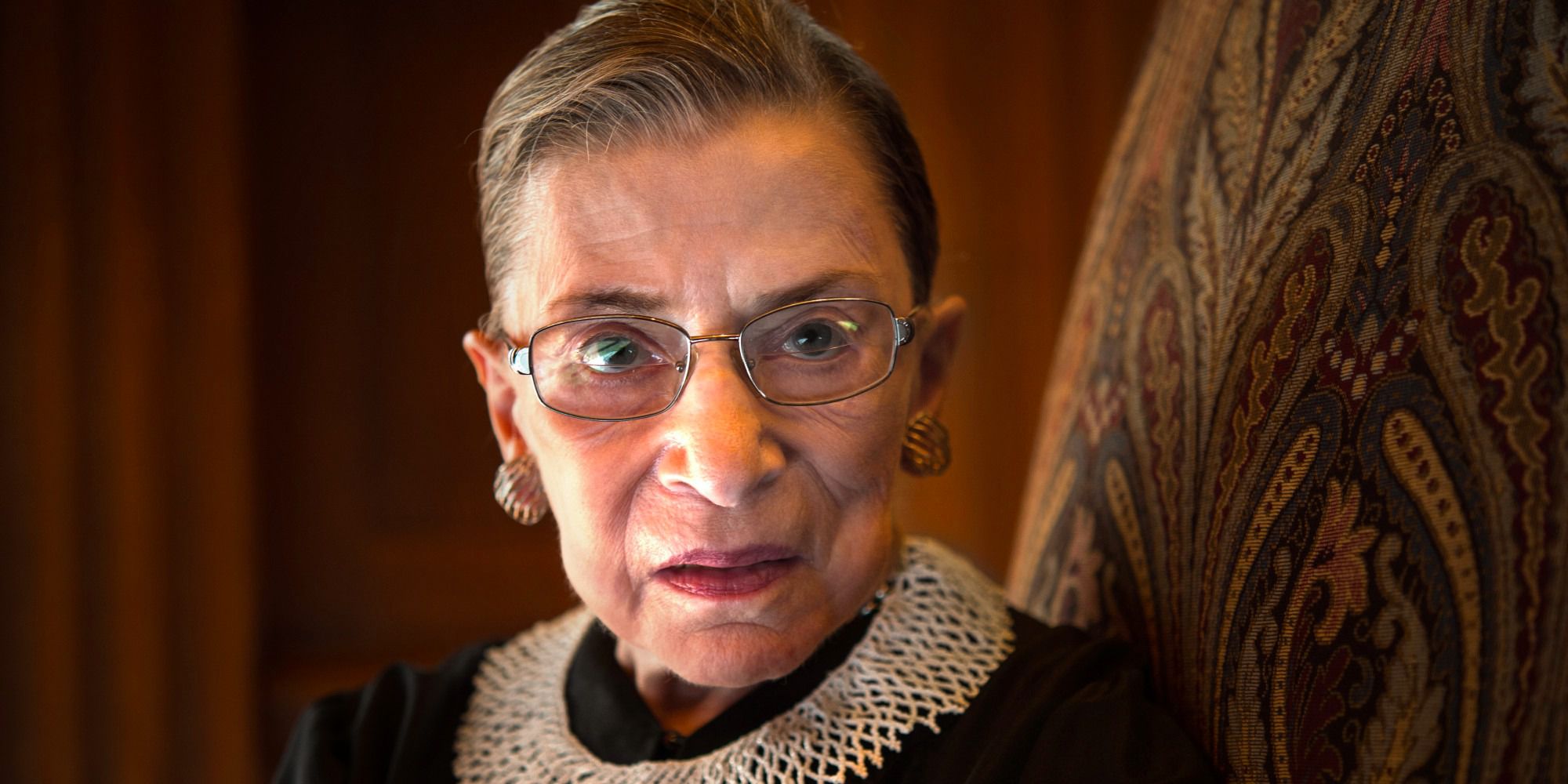 Sorry, Mr. Rogers. We’ve got too few remaining superheroes to deify in unchallenging hagiographies right now to spend time, or an Oscar nomination, on those long dead and gone. That’s what the AMPAS appeared to be saying when their nominations for best documentary feature were announced and egghead summer blockbuster Won’t You Be My Neighbor? was surprisingly left off the ticket. And in its absence, an unmistakable path is left open for Green Book liberals to rally around a woman whose very ability to breathe every morning is the only thing keeping throngs from abandoning all hope and free-climbing the face of El Diablo themselves. Julie Cohen and Betsy West’s RBG is—as Mark Harris has said about Green Book—in a lane of its own, nominated alongside four documentaries that train their focus, not always explicitly, on the damages of masculinity circa 2018.

Of the competition, Elizabeth Chai Vasarhelyi and Jimmy Chin’s Free Solo, a portrait of the crazed impulses driving rock climber Alex Honnold’s death-defying, rope-free climbs, would seem the most likely to oppose RBG on balance and Oscar history. Honnold is, compared to the skateboarders of Bing Liu’s zeitgeisty Minding the Gap and the basketballers of RaMell Ross’s hypnotic Hale County This Morning, This Evening, a paradoxically larger-than-life figure who carries himself like the calm at the center of a hurricane; admittedly in this case, the hurricane is of his own making, as Honnold’s poor, poor girlfriend would undoubtedly attest. And in all its vainglorious, agoraphobic excess, it’s basically Man Not on Wire.

Though aesthetically diverse—the free-floating Hale County This Morning, This Evening is about as stylistically radical as this category’s nominees gets—all three of the sporting-young-men docs could be said to form the category’s chaotic neutral, which is why Free Solo actually feels less like the potential spoiler than Talal Derki’s Of Fathers and Sons, a high-wire act of a different sort. Having lied to his subjects about his actual intentions, Derki embedded himself within the Syrian al-Qaida offshoot Al-Nusra Front, turning his camera on one radicalized Islamist family whose patriarch is grooming his sons to become jihadist soldiers. Never more upsetting than in the ways it shows how hatred is folded into the nascent worldview of children—at one point, Derki shows a group of children playing a game in which they stone imaginary women—Of Fathers and Sons’s front-facing depiction of unambiguous evil seems the most likely to draw voters less than moved by the mere existence of the Notorious R.B.G. As if any such voters exist in the aftermath of the Kavanaugh hearings.

Could Win: Of Fathers and Sons

Should Win: Hale County This Morning, This Evening

Review: Lords of Chaos Fails at Trying to Deromanticize a Scene

Review: The Gospel of Eureka Keeps Faith in Mutability