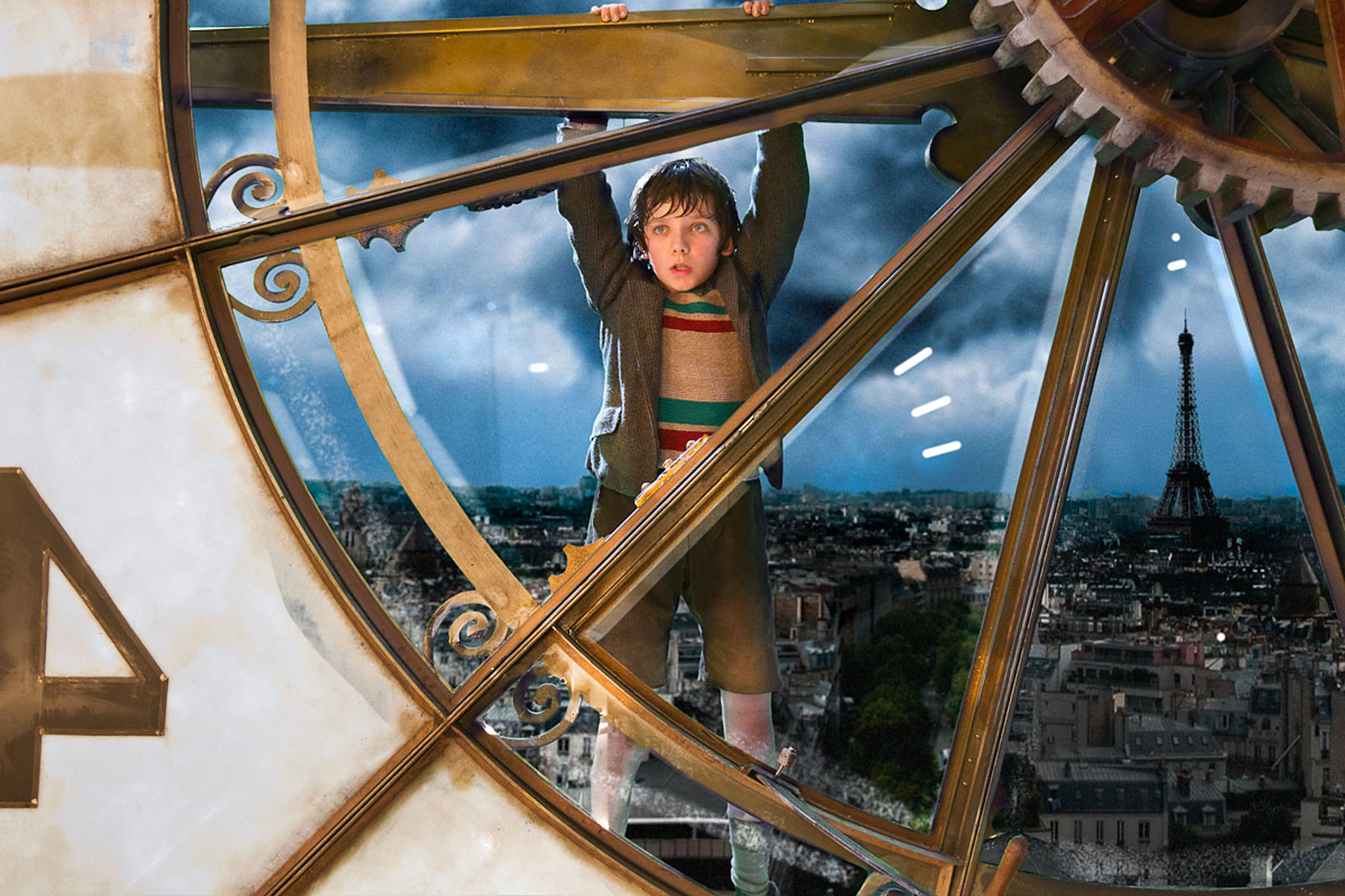 A lot of pundits think Hugo’s love train through the tech categories will stall out before reaching the sound duo toward the bottom of the ballot, and that War Horse will gallop past it to win by a nose. (God help us, by the time we reach this late stage in the Oscar game, we’re resorting to hacky “derby” puns just like the rest of the bored and fatigued bloggers.) They may have a point in the sense that the general perception surrounding Martin Scorsese’s movie is that it’s liked, but not beloved. It feels like the sort of movie that most voters will toss two, maybe three bones to before realizing, “Hey, I spent half that screener chewing out Conchata and trying to contact my Realtor on the phone.” They may also have a point in that the team behind Steven Spielberg’s (arguably even less beloved) movie has 10 Oscars to their credit already, whereas Hugo’s nominees haven’t won any yet. They may additionally even still have yet one further point in that Hugo’s visuals are far more attention-getting than the active but hardly bombastic aural environment. Sonically speaking, Hugo is a quick round of “La Marseillaise” next to War Horse’s “1812 Overture.” That still positions them both in the comfortable middle ground among this field. Moneyball is as subtle and pianissimo as “The Unanswered Question,” and beyond the creepy music video that opens the film, so is The Girl with the Dragon Tattoo. Transformers: Dark of the Moon, on the other hand, is basically this. Since the Los Angeles Times statistically proved the majority of Oscar voters wear hearing aids, we’re almost tempted to call Optimus Prime the spoiler. But it’s almost as unwise to bet on a sound mixing/editing split as it is to predict picture and director to diverge, so we say the clattering tears of Hugo Cabret’s steampunk Pinocchio win over the equine snorts of a blubbering WWI-era twink’s best friend.

Review: Tomorrow, When the War Began