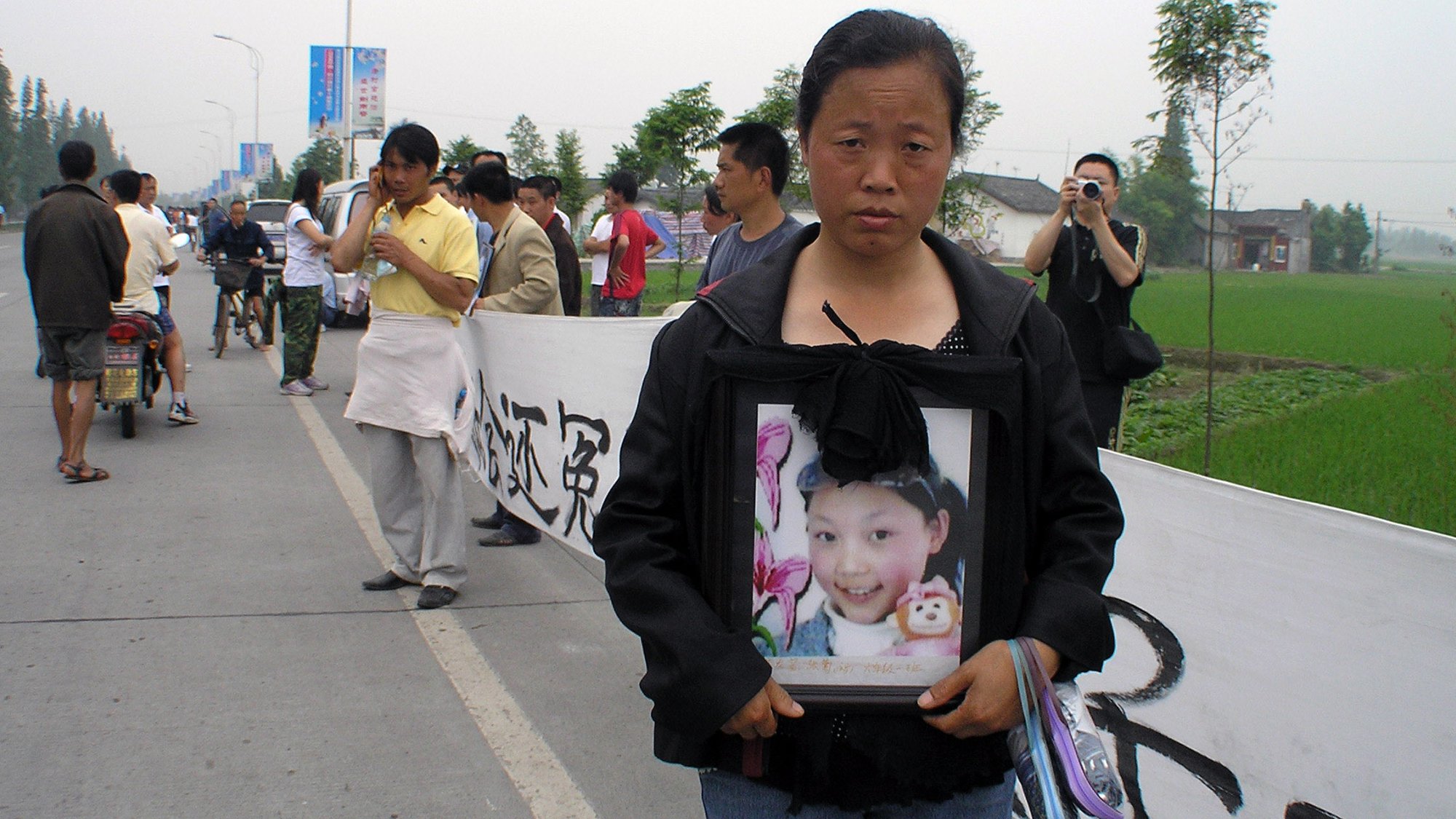 The documentary short category this year feels especially wracked with tragedy, what with the nominee count at five (the first time since 2004) and their total running time spanning more than three hours. Topics include the deaths of schoolchildren in an earthquake in rural China and the emotional effects of the tragedy on their parents, the struggle to pass a right-to-die bill in Washington by a former governor during the 2008 elections, the displacement of wild rabbits who lived and prospered within the confines of the Berlin Wall, a message of hope offered by a Zimbabwe singer-songwriter deformed by a brittle bone syndrome, and the closing of a GM plant in Moraine, Ohio. Some have their problems, but there isn’t a weakling in the bunch, with one feeling like a no-brainer for the win given recent disruptions on our delicate Earth’s surface.

Roger Ross Williams and Elinor Burkett’s Music by Prudence barely survives the aesthetic purpleishness that has become the norm for Western filmmakers taking their cameras into Africa to document the suffering of the continent’s people. The opening shot, in which disabled Prudence Mabhena is seen in a long shot riding her wheelchair straight into a mud puddle, is a risible fabrication. But thereafter, the subject becomes Prudence’s beautiful face and smile and even lovelier voice, which has guided her through misery and past so much self-loathing. You never get a real sense of the scope of her musical success and if it has had any effect on her superstitious country’s negative opinions of the disabled, but the boisterous reaction by a crowd during a musical performance suggests Prudence’s voice has planted the seeds of much progress to come.

The Last Truck: The Closing of a GM Plant, by Lion in the House filmmakers Steven Bogmar and Julia Reichert, is meant as much as an elegy to a lower-middle-class community’s suffering in the wake of 2008’s economic meltdown as it is to their sense of kinship. The documentary could have benefited from more scenes of these people bonding in joy and in grief, thus corroborating their oft-repeated feelings that their ex-co-workers were very much like family to them, but it remains notable for how fiercely it gives a voice to the frustrations of a downtrodden people from whom we never get to hear anything outside the more hectoring films of Michael Moore. If it doesn’t win, don’t blame it so much on Oscar voters’ lack of commiseration with the woes of America’s middle-class so much as the group’s fondness for more sensationally emotional and political exposés.

More up the Academy’s alley—at least its more liberal constituency—will be The Last Campaign of Governor Booth Gardner, which documents the attempts of former Washington governor Booth Gardner, who was diagnosed with Parkinson’s disease not long after he left public office, to legalize assisted suicide in his state. What’s remarkable about Daniel Junge and Hentry Ansbacher’s film, aside from its non-tawdry sense of suspense, is how thoughtfully it gives a voice to those opposed to Gardner’s initiative. It’s a strong, heartwrenching work, but it may not get the vote of AMPAS members fatigued by our noisy political atmosphere.

The cult of Agnès Varda and Chris Marker will cherish Bartek Konopka and Anna Wydra’s Rabbit à la Berlin, a bewitching documentary about the wild rabbits that took residence and prospered within the well-guarded strip of earth of the Berlin Wall and what happened to the critters after the fall of the wall in 1989. Notable for its sly use of point-of-view and mix of color and black-and-white stock, the short may be too brainy to win, but its correlation between the complacency and desperation of a community of wild animals and the suffering of people divided by the wall is creepily and cannily effective, making it one of the category’s standouts.

That leaves Jon Alpert and Matthew O’Neill’s China’s Unnatural Disaster: The Tears of Sichuan Province, which chronicles the titanic emotional devastation felt by parents in the Sichuan region of China after their children died inside “tofo-dregs schoolhouses” during the 2008 earthquake. Throughout, the country’s communist government emerges as a shadowy, cagey, beastly entity unwilling to provide answers about building construction to parents aggrieved by the loss of their only children. Its only misstep may be the filmmakers’ rather facile decision to translate the emotion-drenched words of suffering parents using white subtitles and using red ones for the officiously cold words of the government representatives who try to silence them, but it’s not enough to distract from what is a singularly devastating documentary experience—an emotional force of nature.

Will Win: China’s Unnatural Disaster: The Tears of Sichuan Province

Could Win: Music by Prudence