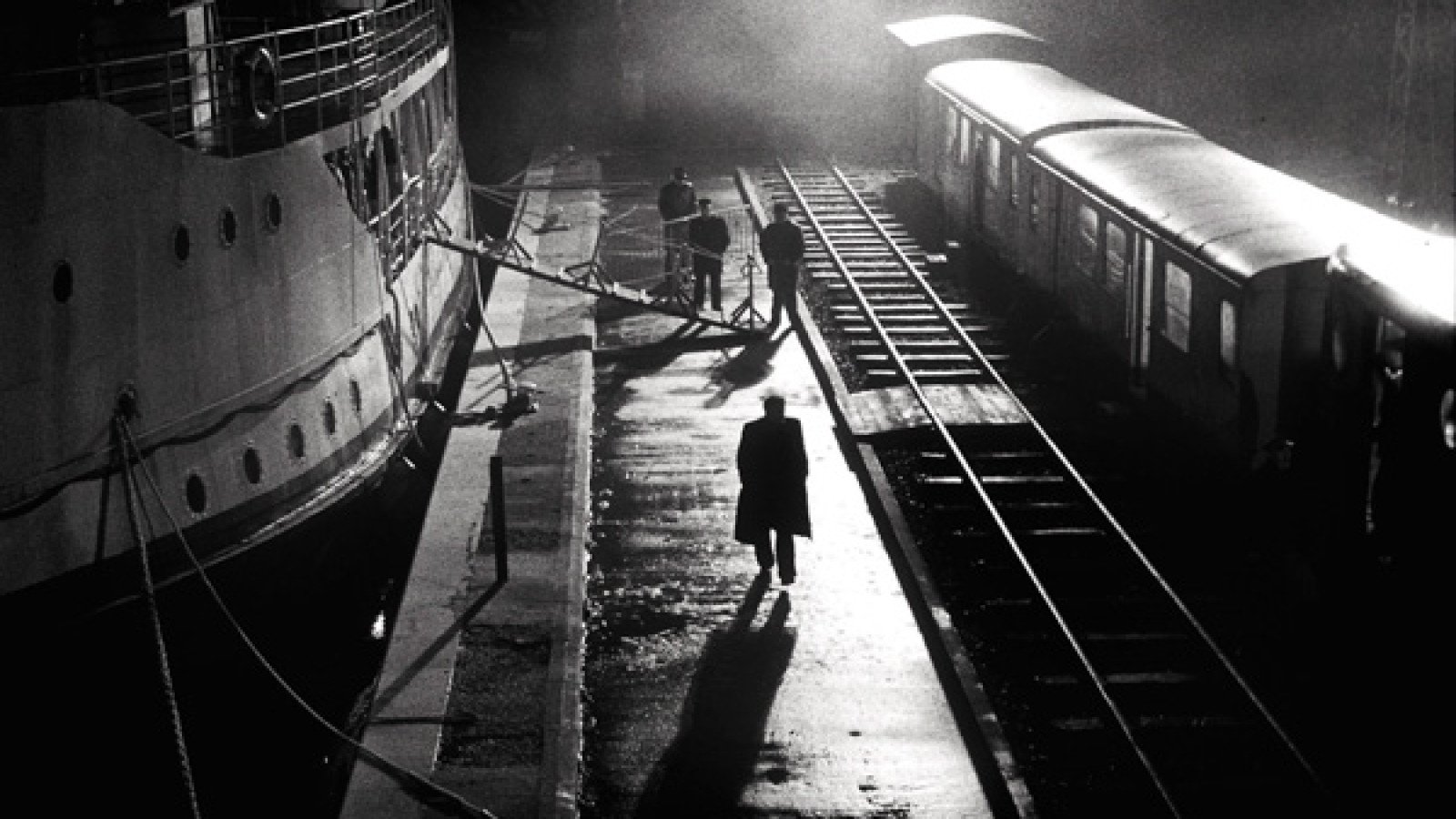 With apologies to Harry Nilsson, everybody’s talking ‘bout the bravura second sequence of Béla Tarr’s The Man From London (in which the perpetually scowling port worker Maloin (Miroslav Krobot) observes the supposedly clandestine transfer of a briefcase full of British pounds) while passing over its no less stunning first (a slow pan up the hull of a ship to a lonesome, abandoned prow). The emptiness of the image (devoid of emotion, if not of meaning) is telling—it resembles nothing so much as a bare stage, awaiting an inevitable drama of which Maloin is the moral crux.

Each sequence in The Man From London is a single tracking shot that moves effortlessly between the many touchstones (close-up, subjective POV, long shot) of film grammar, though Tarr is as likely to call attention to visual conceits both theatrical (that desolate, vacant ship’s stem) and painterly (how often a character walks out of frame to leave behind a gorgeously inanimate still life). To these eyes, which have only set sight on Tarr’s occasionally maddening, more often brilliant Sátántangó, and his torturous debut feature Family Nest, The Man From London is a multifaceted apotheosis, though I suspect the film will go somewhat unappreciated because of its groundings in genre, having been adapted by Tarr and his collaborator, László Krasznahorkai, from a mystery novel by the prolific Belgian author Georges Simenon.

Fred Kelemen’s vivid black-and-white cinematography explicitly recalls many a film noir classic, while the very title, coupled with Tarr’s allusive, though always pointed focus on Maloin, promises some kind of Third Man-esque reveal. Yet Tarr is hardly interested in conventional plot machinations; what more concerns him are the manifestations of guilt (seen and unseen) that surround Maloin and slowly begin to infect him. Maloin is always in some way present and privy to the hurt caused, whether intentionally or not, by his actions, and Tarr grounds his protagonist’s perspective in the political-cum-elemental via several beautifully rendered asides (a boy playing ball in a decrepit tenement alley; a quiet close-up of Maloin’s wife (Tilda Swinton, her dialogue strangely, yet somehow appropriately post-dubbed into Hungarian) after an argument; an unoccupied chair basking in the dusty sunlight). The Man From London is moral rot captured with religious fervor, a journey from an abandoned (all-the-world’s-a-)stage to a hard-hitting final close-up of grievous loss internalized. From theater to cinema in other words, punctuated by a perhaps damning, perhaps redemptive fade-to-white.

Keith Uhlich is co-editor of The House Next Door and a contributor to various print and online publications.