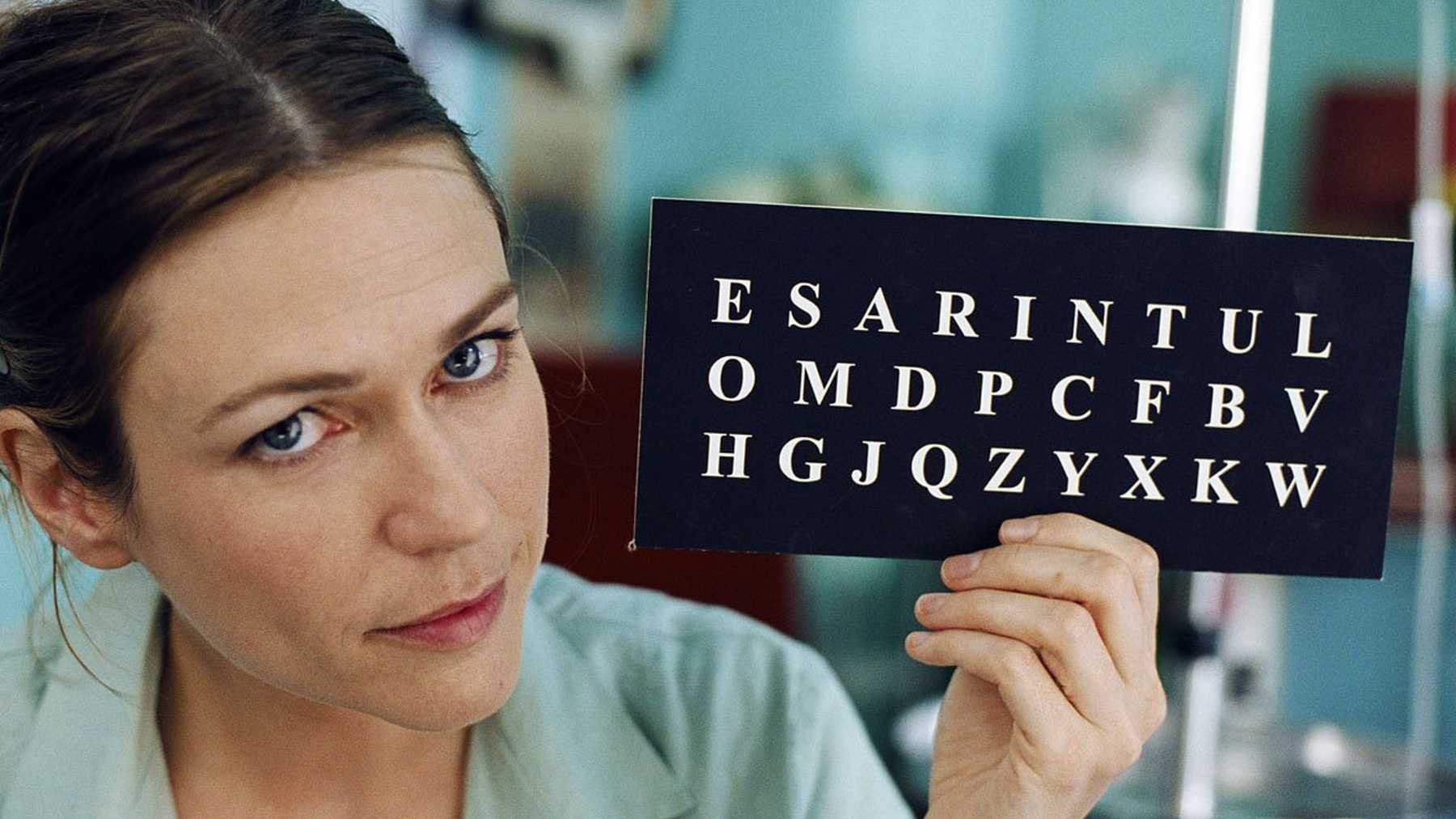 Jean-Dominique Bauby’s story is one of struggle and perseverance. In 1995, at the age of 43, the editor of the French edition of Elle magazine fell into a stroke-induced coma, only to awaken several weeks later with a rare disorder, “locked-in syndrome,” that left him a literal prisoner in his own body.

Unable to speak beyond a 90-degree twist of the head and the occasional prehistoric gurgle or grunt, Bauby could only communicate by blinking his left eyelid in response to a specially designed alphabet, forced to spell out his each and every word one letter at a time. But rather than retreat into a petrified oblivion, Bauby patiently dictated a book, a slim memoir entitled “The Diving Bell and the Butterfly” that deals with his recognition and acceptance of this most likely incurable condition.

Bauby died only a few days after the French publication of the memoir, which became a critical and commercial success, in no small part, one assumes, from the saleable hook of its one-note-at-a-time composition. Perhaps it is cruel to state that Bauby’s efforts, at least in English translation, are merely competent—a compelling collection of incidents, but little more. “The Diving Bell and the Butterfly” stands out from the crowd because of the circumstances of its creation, but Bauby, for all his self-expressed disdain for the Elle editorship, still writes in episodic, glossy-ready bits and pieces. Even isolated in the seaside Naval Hospital at Berck-sur-Mer, Bauby’s mind is never far removed from the palatability of weekly-mag kitsch, though, to his credit, he’s not trying to rewrite Dumas (one of his stated goals pre-stroke, given in his memoir appropriately self-deprecating context).

Julian Schnabel, however, is trying to rewrite Bauby’s own history in his film adaptation of The Diving Bell and the Butterfly. Reaching for the stars, he ends up with little more than a Miramaxed pastiche: The Sea Inside by way of Lady in the Lake. Robert Montgomery’s subjective camera noir provides the visual template for a good portion of Schnabel’s exercise in pretense, which, at the very least, allows cinematographer Janusz Kamiński a canted-angle, direct-address showcase. Yet Schnabel’s attempts to put us inside his subject’s head never crack the superficial surface—in this canvas he and Kaminski are mere illustrators of Bauby’s personal metaphors, literalized onscreen to unintentionally eye-rolling effect. The butterflies emerge triumphantly from National Geographic chrysalises. The diving bell, limply hanging in murky aquatic space, might be waiting for Piano-era Jane Campion to call out “Action, signifier!” By the time those heat-weakened ice floes start collapsing from the “oh humanity!” of it all, ham is most decidedly in fist.

As Bauby, the great Mathieu Amalric maintains a stoic, unshowy dignity throughout, even if his part is little more than frustrated internal voice-over and deformed, drool-spackled lip. Mostly, he’s the soul trying desperately to inhabit Schnabel and screenwriter Ronald Harwood’s shell of a protagonist, a point-of-view they’d rather force on the audience through a variety of skewed photographic tricks (dig that eyelid-sewing scene!) and a simplistic, presumptive psychology that includes sexing-up several of Bauby’s female medical attendants (despite the proceedings, the ogle-worthy Marie-Josée Croze somehow retains a grounded majesty as Bauby’s speech therapist, Henriette).

Wheeled out into the hospital corridor—and onto a balcony that he nicknames, in both book and film, Cinecittà—Bauby’s imagination wanders. The Empress Eugénie (corseted and seductive) and Vaslav Nijinsky (practicing a gravity-defying Ballets Russes routine) share space with various figures of Bauby’s past and present (the slaughter-the-pig standout: Max von Sydow, as Bauby’s shut-in father Papinou). A brief interlude with an acquaintance who Bauby once gave up an airplane seat to (the plane was later hijacked to Beirut) speaks to an unresolved personal/political guilt that Schnabel sees fit, once more, to ruin with a literal-minded fantasy re-creation, while extended excursions to the beach (present day) and to Lourdes (flashback) serve only as excuses to indulge the music supervisor’s predilections for U2 and Tom Waits. One finally longs, at some point during these various and sundry intermini, for a self-aware Chico Marxist aside: “Get your artsy-fartsy ice cream!”