A maxim repeated throughout Now You See Me, Louis Leterrier’s latest dusting of cinematic fluff, is that watching a trick too closely is tantamount to allowing yourself to get fooled. As you examine the surface of the act for flaws, the magic is happening elsewhere. Where does that leave the viewer when a movie, despite its exhausting parade of bait-and-switch reversals, renders its final twist as transparent as the average George Oscar Bluth illusion? There’s nothing left to do but return to stare dully at that shiny surface while waiting for the whole clunky mechanism to lumber to its absurdly obvious conclusion.

The film’s first half coasts on the possibilities implied by this high concept and the considerable charms of the talented ensemble. True to heist-movie tradition, the crew is introduced via a flashy sequence showcasing their specific abilities: Harrelson’s sarcastic hypnotist, Eisenberg’s arrogant sleight-of-hand expert, Fisher’s plucky escape artist, and Franco’s smirking pickpocket/con man. These roles are practically indistinguishable from the actors’ established screen presences, which isn’t necessarily a bad thing, as it’s fun to watch Harrelson do another riff on his White Men Can’t Jump hustler and see Eisenberg deliver a less socially awkward version of his Zuckerberg patter. These performative delights are compounded by the introduction of Morgan Freeman as a professional debunker of magic acts and Mark Ruffalo as a perpetually befuddled F.B.I. agent trying to make sense of the crew’s criminal methodology. The witticisms fly thick and heavy in early scenes, particularly a series of interrogations reminiscent of the humorously lopsided interactions that typically kick off caper films like The Usual Suspects.

As the film progresses, however, the cast’s diverting rapport is sidelined in favor of laborious plotting and increasingly elaborate action set pieces. Examples of the latter are exciting enough early on, when their scale is kept comparatively intimate, such as a Jackie Chan-ian hand-to-hand combat sequence between Franco and Ruffalo, but as the F.B.I. convoys and exploding SUVs pile up, it all becomes rote and exhausting. The group’s shows also ring a little hollow, given that the on-stage marvels are all conspicuously CG-aided. Displays like these would play well in a live setting, but as carefully edited, computer-enhanced montages, they fail to surprise. The second half of the film is unforgivably bloated, cramming magical societies, inter-generational conspiracies, and forced romantic moments into an already overstuffed plot. Most egregious is the third act’s monstrous expository info-dump, bringing the film to a crashing halt just when it should be accelerating for the final stretch.

The more we discover about the forces behind the quartet’s meteoric rise, the headier the film becomes; nobody is who they appear to be and, as a result, there’s no one left to root for. There’s nothing behind all this sturm und drang but a lineup of insubstantial ciphers, all false fronts and empty words in a pretend world not quite conducive to emotional investment. Whatever minor characterization is attempted turns out to be illusory or misleading; motivations shift and evaporate like wisps of dry ice. All that leaves is the nature of the long con, and if you manage to figure this out midway, you’re stuck with a loud, interminable countdown to a groan-inducing final revelation you’ve already guessed and don’t really care about anyway. Movies like this practically beg for the use of metaphors involving houses of cards or invisible ink; even the film’s title is a convenient summary of its merits—or eventual lack thereof. As it stands, all the sleight of hand in the world can’t turn a Louis Leterrier into a Christopher Nolan. 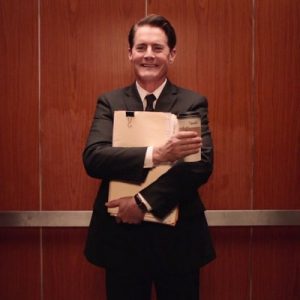