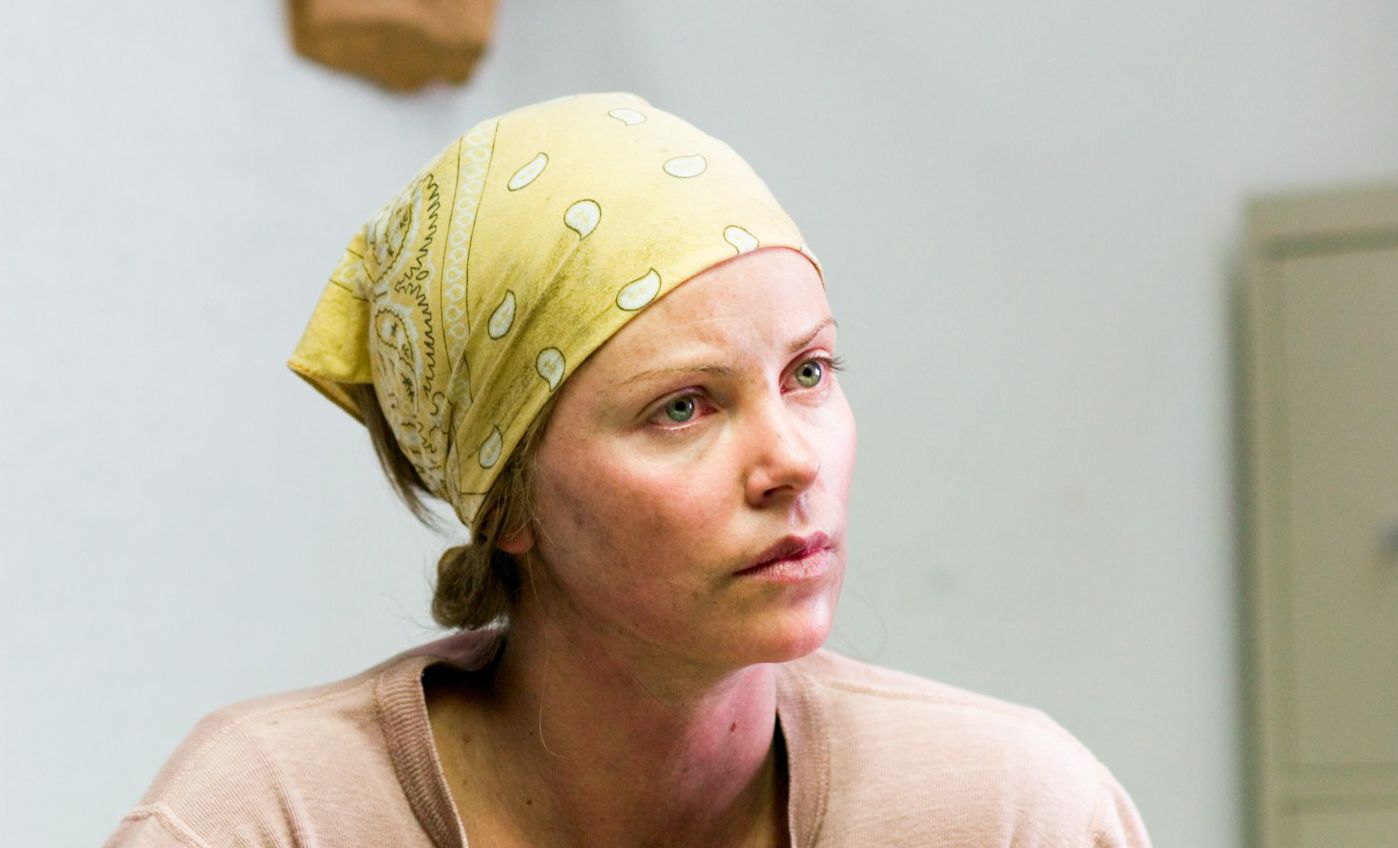 Inspired by a true story. Words few films, if any, can live down because they indicate a filmmaker’s unwillingness to seriously deal with the truth, the whole truth, and nothing but the truth. In the case of the didactic North Country, Whale Rider director Niki Caro dumbs down the nation’s first class action sexual harassment suit (Jenson v. Eveleth Mines) by turning it into a shameless Oscar bid for a visibly game Charlize Theron, whose Josey Aimes rises from the martyr’s ashes of Norma Rae, Karen Silkwood, and Erin Brockovich to defend the rights of a group of women, including her best gal-pal Glory (Frances McDormand, fusing her spunky Fargo cop role with Hilary Swank’s Million Dollar Baby fighter), to work at a northern Minnesota mine without fear of getting dildos put inside their lunch boxes.

Single-mindedly and calculatedly devoted to conveying a relentless feeling of sexual terror, Caro’s crusade of righteous indignation—unmitigated by an authentic sense of peace and calm—misrepresents the hostility of the world. At the Pierson mining plant, the Neanderthal men call women bitches, lock them up inside port-a-potties, cum on their clothes, and write the word “cunt”—in shit no less—on their bathroom walls. All in a day’s work the men will tell you, but even what should be an innocuous night out on the town is bursting at the seams with a fanatical and unexamined mood of emotional humiliation: Bill White (Woody Harrelson) is called a “homo” by a hot-to-trot 19-year-old for not punching her dance card, and just as he approaches Josie for an introduction, he’s totally cock-blocked by one of her co-workers.

Caro’s signature special effect is the overhead—her camera gawks at the mining plant as if it were The Shining’s Overlook—and Gustavo Santaolalla’s Deadwood-esque score is so laden with banjos it probably won’t come as a surprise that Josie’s deliverance is predicated on the revelation that (spoiler alert!) she was raped from behind as a teenager. If the film’s small-town condescension is stunning, its assessment of sexual politics is nothing if not bone-headed. The men and women of the film are defined entirely by their sex (in one scene, their differences are gauged using an animal herding metaphor) and neatly pit against one other—or, rather, Josie and the audience are set against the men, with Josie’s pussycat colleagues straddling the line between both camps until someone delivers a tidy enough speech to convince the preposterously fickle lot to pick the right side.

Josie has it so bad even her son calls her a whore. This hatred, along with the background noise of Anita Hill’s crusade against Clarence Thomas, galvanizes Josie to take her battle to the courts with Bill as her lawyer, and North Country turns on itself like some rabid animal with its leg caught in a bear trap, losing its propagandistic mind and going apeshit during a laughable courtroom smackdown that rivals the tawdry and shameless shenanigans of The Contender. Like Joan Allen’s Vice Presidential candidate from the Rod Lurie film, Josie’s cause is no longer on the table—her past is, except she decides to actually defend her sainthood. That she has to sell herself as a victim of rape in order to justify her cause is a quandary that eludes Caro and finally exposes North Country for the shortsighted soap opera that it is.