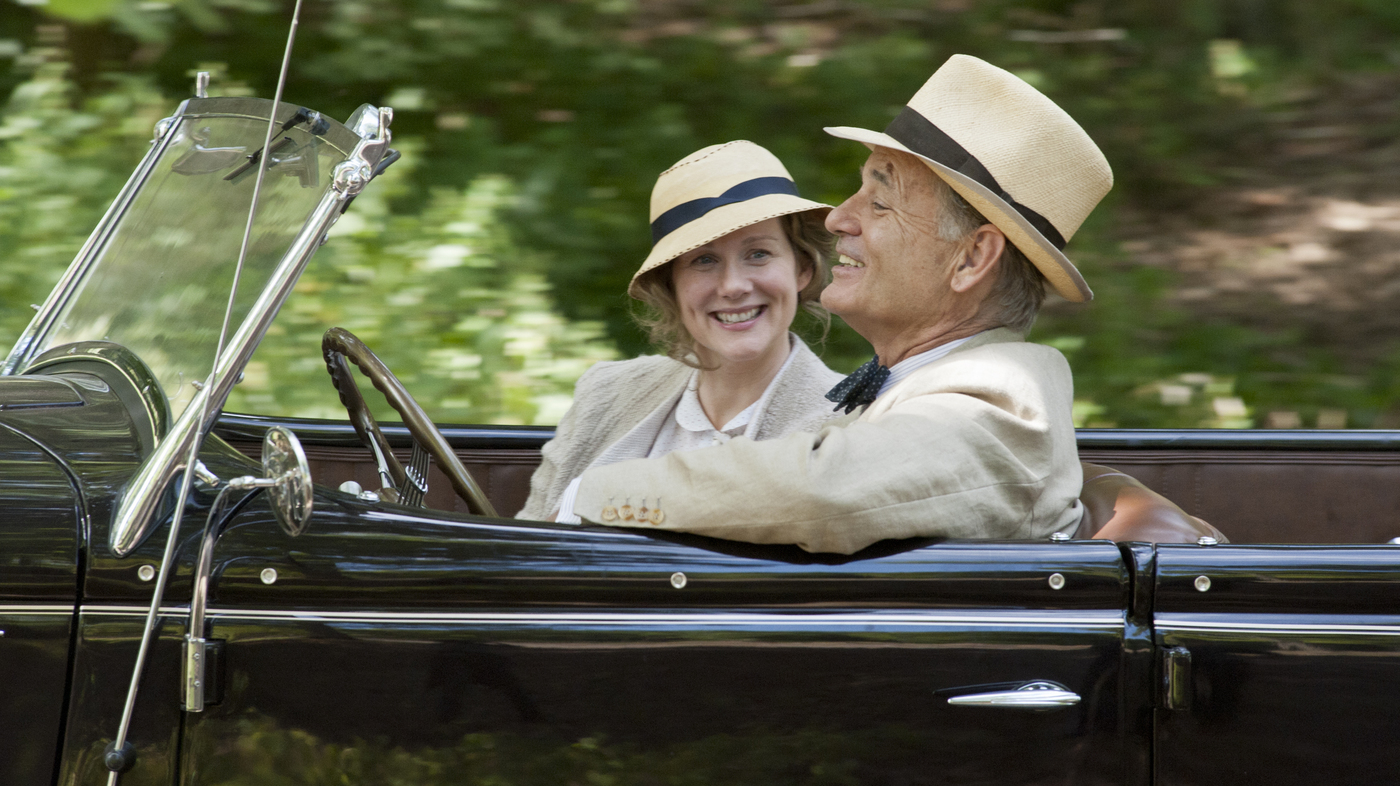 While at first the idea of Bill Murray playing Franklin D. Roosevelt may seem counterintuitive to the actor’s sensibilities, on further thought the combination is quite rife with possibility. Throughout his career, Murray has offered up intimate portraits of individuals whose personal vices he spun into inspired bits of comedy (the challenged greenskeeper of Caddyshack, the insufferably self-obsessed Phil Connors in Groundhog Day, etc.), and every so often into devastating visions of isolated, broken men (see Broken Flowers and Lost in Translation). In Hyde Park on Hudson, Murray is up to the task of channeling our country’s 32nd president despite a scarce resemblance in appearance and voice. He succeeds in doing so by summoning the otherworldly presence of his famous comedy roles as well as the understatement of his more serious efforts, melding them into a compelling portrayal of a larger-than-life yet mysterious figure such as Roosevelt.

Despite its virtuoso lead performance, Hyde Park on Hudson is nonetheless a tonal misfire and a disappointment. The problems start with how the film is framed through the perspective of one of Roosevelt’s mistresses, a quiet woman named Daisy (Laura Linney). Her modest upbringing makes Daisy both an unlikely and fitting assistant to the president as he makes stay in the secluded surroundings of rural New York. The story concerns Daisy’s fascination with the president and how it blossomed into an affair that the two carried on as his administration plays host to the king and queen of England.

The subject matter holds a good deal of intrigue, and director Roger Michell complements it by capturing the lushness of the rolling fields and forests surrounding the estate on which the president and Daisy wander. These scenes help build what is arguably Hyde Park on Hudson’s best asset: its impeccable sense of atmosphere both in terms of its setting and social customs. This is heightened by the firm focus on Hyde Park itself; only through dialogue is the larger domestic and geopolitical climate acknowledged. Less clear, though, is what Michell is attempting regarding the broader story and unfolding relationships. The film draws comedy primarily from the awkward entanglements and pomp and circumstance of political life. The cultural differences between the British monarchy and American democracy make for some witty exchanges, as do the frequent references to the tumult of the previous two centuries between the two countries. And yet, while the film’s off-the-cuff style is intended to come across as charming, in reality it’s a jumble of squandered ideas and character development.

Individual performances shine through the muddle. Olivia Williams plays Eleanor Roosevelt as a woman who’s become disenchanted with illusions and yet is willing to wield the influence of her own position when it suits her. She’s terrific with the minimal screen time afforded her. Less effective are Samuel West and Olivia Colman as King George and Queen Elizabeth, respectively. Whatever one’s feelings are of Tom Hooper’s The King’s Speech, it’s hard not to be reminded of how much more gripping Colin Firth and Helena Bonham Carter were in the same roles.

But the film’s weak center is the relationship between Daisy and the president. Linney is a gifted actress, though the character is too flat for her to make an impression. The voiceover narration she provides is the primary structuring device of the film, which is a curious decision given that her character is one of the least interesting on screen and that the film only intermittently represents her perspective. A perfect expression of the film’s laziness with narration is a scene that depicts what Daisy wishes she said and then quickly what she actually said thereafter, which is as misplaced as it is flat.

While Murray lends gravitas to FDR, bearing his flaws and hinting at a certain melancholy beneath the mannered veneer of the president’s public persona, Michell and screenwriter Richard Nelson keep you at arm’s length from the man. That they opt instead to lionize the president from a distance is an even greater disappointment given the film’s pointed thematic concern with presentation and the illusory sheen of life in the public eye. Alas, in spite of the breezy ambiances and the strained allusion to deeper unhappiness that festers within many of the characters, Hyde Park on Hudson fails to amount to the potential suggested by Murray’s nuanced performance.