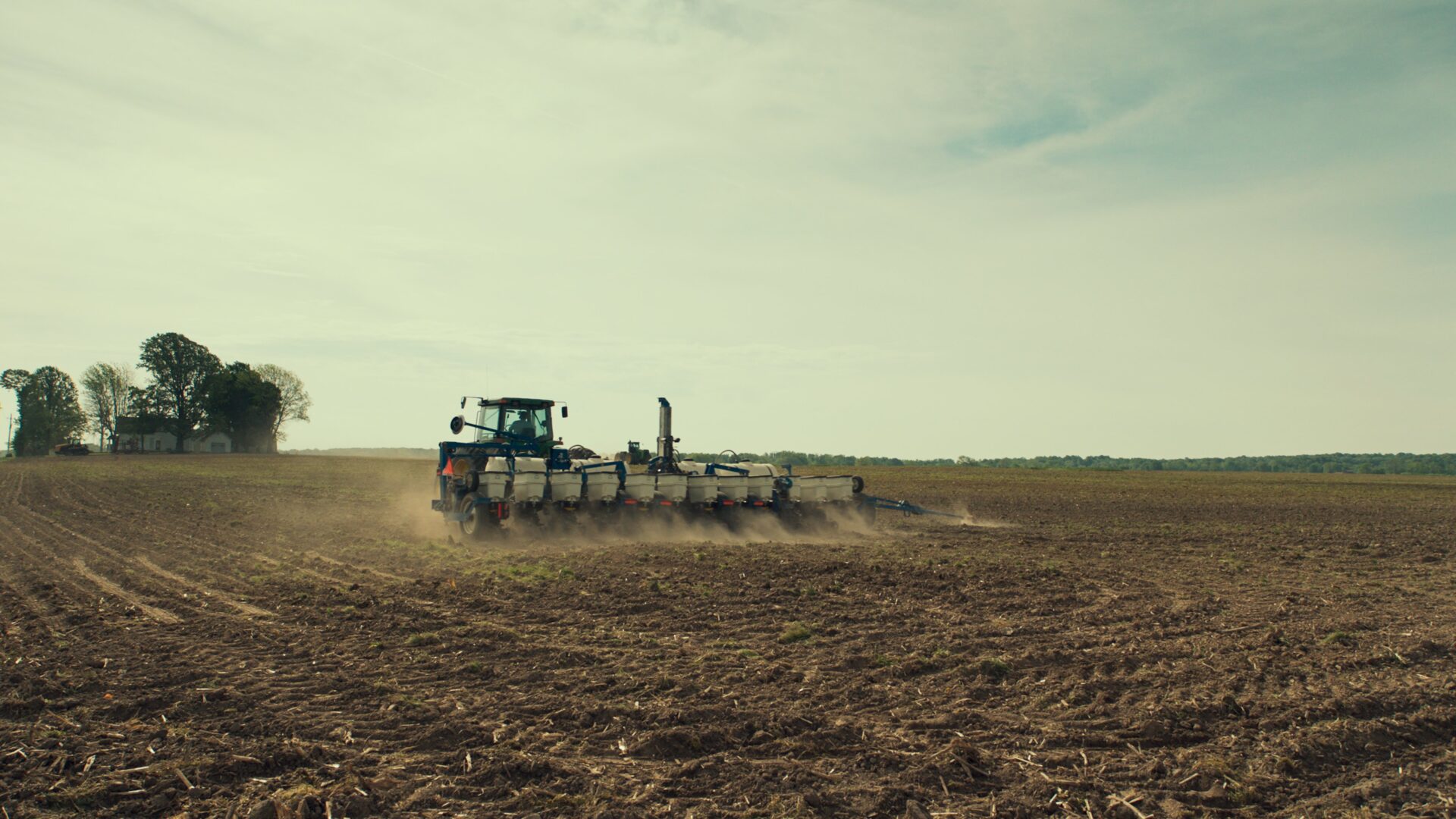 Frederick Wiseman opens Monrovia, Indiana on a series of images that are classically associated with the American countryside: a bright blue sky; a farm field; a lone, old mailbox on a dusty road; and cows lolling about in a pen. Wiseman soon offers several close-ups of the cows, and these images underscore the filmmaker’s approach to the eponymous Midwestern farming town at large. The first medium shot of the cows allows the viewer simply to regard the animals, while the subsequent close-ups compel us to feel their existence—to grapple with their agency and notice details that are easy to overlook in life. The cows’ ears are pinned with numbers that presumably catalogue them, and they’re dotted with mud. They don’t look especially happy to be in a farm pen, though this unhappiness is informed with a dignified stoicism. Under Wiseman’s lens, one of the most common animals in America, a backbone of the country’s diet, is a creature of majesty.

A progressive artist and intellectual with unimpeachable credentials, as well as one of the great bodies of work in cinema, Wiseman often tackles subjects that are comfortable for his devoted niche base. His recent cycle of films, which include In Jackson Heights and Ex Libris: The New York Public Library, celebrate the sort of social infrastructure that’s imperiled by the contemporary Republican establishment, offering a kind of utopia for liberals. By contrast, Monrovia, Indiana concerns the people who reliably vote Republican. Seventy-five percent of Morgan County, where Monrovia is located, voted for Donald Trump in 2016, and Wiseman plunges us into the much-discussed but little-understood heartland of America, proffering a vision of human life that’s idealistically leeched of nationalistic division.

In Monrovia, Indiana, an irony quickly becomes apparent: that rural conservatives are as devoted to infrastructure as urban liberals, though each portion of the population defines it differently. And Wiseman renders the citizens of Monrovia with the same rapturous, lucid eye that he reserves for other subjects. Board meetings, in which politicians discuss how to handle the expansion of a residential area called the Homestead, cumulatively offer a sly metaphor for the isolationism that’s gripping America at large. Wiseman doesn’t turn these people into pawns for a liberal message though, as he respects their worries and shows them to have a point. If the Homestead is to expand, one needs to be concerned with more than platitudes celebrating Monrovia’s “growth.” One must also address, say, convoluted issues regarding distribution of water, such as in the service of fire prevention. In a bit of journalistic bravado, Wiseman captures in close-up the passing smile of an anti-expansionist’s face as these problems crop up.

Such board meetings serve as a kind of refrain in Monrovia, Indiana, illustrating the challenges of governance that inform everyday life. The board meetings rhyme with other sequences, such as when Wiseman documents a Lions Club meeting, in which the purchase of a public bench is discussed, and a Freemasonry association’s celebration of a member’s 50th year with the organization. Quite a bit of time is devoted to each of these sequences—to the point that the respective “meanings” of the events become less important than ritualistic pageantry that proffers a sense of belonging. These people might vote for chaos in the White House, and they might ostensibly celebrate the Republican doctrine of every man for himself, but they are deeply dependent on traditions that celebrate community.

As always with Wiseman, it’s the quotidian gestures that haunt one in Monrovia, Indiana. At a local café, an elderly man talks of “running out of gas” quickly after an operation, and his eyes are so inescapably tired and sad that one might be tempted to look away from the camera out of respect for his privacy. And it’s intensely poignant to see how this man’s friends, all clearly regulars at this café, attempt to make him feel better, talking of how long it actually takes to recover from an operation of this scale. We never hear what operation the man received, though, in a later sequence in a gun shop, someone talks of a friend who had his gall bladder removed, and one’s inclined to wonder if they’re talking about the guy in the café. Wiseman is a master of these sorts of novelistic cross-associations, and he pointedly refuses to politicize the gun shop, which is shown to be yet another social institution. A man tells the clerk behind the counter that his blueberries are almost grown, and that he will have to bring some by the store.

Wiseman refuses to take anything in Monrovia for granted, revealing that every tenet of life is a result of devotional process; by the end of the film, we come to feel as if we’ve visited Monrovia, and even as if we could navigate it ourselves based on this footage. At Dawg House Pizza, which sits next to a tattoo parlor, Wiseman’s camera lingers on a teenager as she makes pepperoni breadsticks, until one recognizes the poetry of this thankless work. Later, a waitress at a bar and grill is seen slicing a slab of beef into pieces of steak, which rhymes uncomfortably with the film’s many transporting images of livestock. A sequence set at an auction revels in the graceful speed of salesmanship and the looming, nearly prehistoric power of farm machines. Long, often silent sequences alternate with quick montages of landscapes, matter-of-factly suggesting the passage of time, which is occupied by countless tasks that might misleadingly seem, in the moment, to mean little.

We have a heartbreaking tendency to feel that our existences are small compared to the pop-cultural mythos—of sports, movies, politics, and TV—that engulfs our imaginations. By spinning everyday lives into media, Wiseman casually reveals the opera of everyday life. At least two sequences in Monrovia, Indiana are as profoundly rhapsodic as any in Wiseman’s career. In a veterinarian’s office, we see the amputation of a dog’s tail seemingly in real time, and the love with which the professionals stroke the animal intermingles with the creature’s unmooring vulnerability as it lays unconscious with its tongue sticking out. This moment is one of Wiseman’s vintage celebrations of infrastructure, as is the long funeral that serves as this great film’s climax.

Wiseman refuses to politicize a chapel as stoutly as he does the gun shop, focusing instead on the words of a preacher who weaves biblical verse into recollections of the deceased woman’s life. Few moments in cinema have affirmed the communal power of church, to this atheist, as persuasively as this scene. When the preacher repeats a familiar refrain—“Life is good, God is great”—you want to believe it, because the unity of the people at this funeral fuses with the majesty of Wiseman’s staging to suggest the presence of a higher consciousness. Ever the anthropologist, Wiseman captures mourners wearing sunglasses that can’t quite hide their tears. Later, Wiseman films a truck dumping dirt on the woman’s grave from a low angle, revealing this everyday object to pivotally serve humanity by providing Monrovia’s citizens with a sense of order. Which is to say that even this truck is doing God’s work.

Review: Olivier Assayas’s Non-Fiction Is Richer in Ideas Than Drama

Review: A Star Is Born