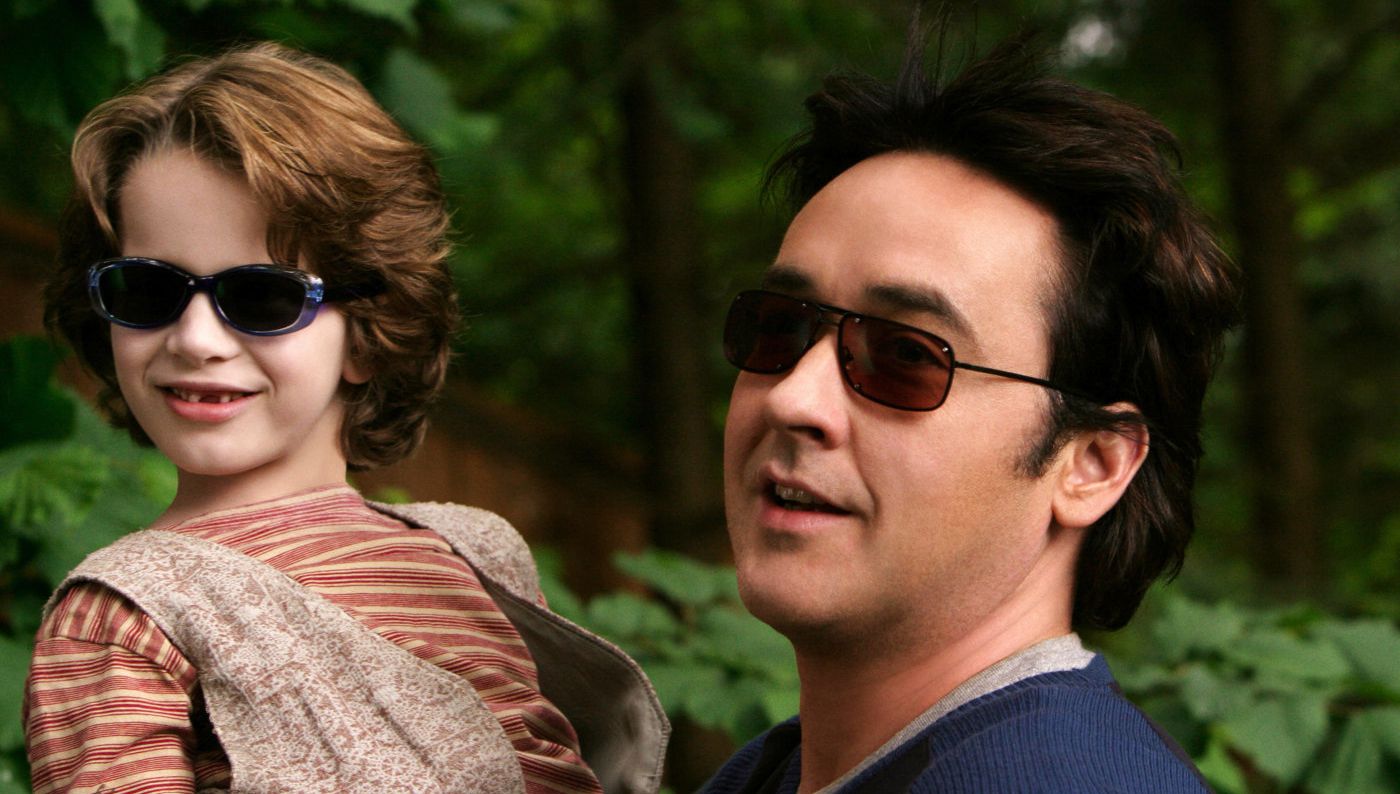 At the nexus of cute, cloying, and precious lies Martian Child’s Dennis (Bobby Coleman), a parent-less six-year-old convinced he’s from Mars. Dennis spends his days and nights underneath a giant Amazon.com cardboard box, but this fact doesn’t stop widower and sci-fi novelist David (John Cusack) from seeing the weird boy as similar to his own younger self, and adopting him against the advice of his married-with-sons sister Liz (Joan Cusack). Upon sealing the deal, David discovers that Dennis is an inventory of adorable-deranged quirks: he covers his face in sunscreen and uses an umbrella to shield himself from the sun; he only eats Lucky Charms; he’s a kleptomaniac who hordes other people’s stuff so that he can learn about the human race; he can taste color; he has the ability to use magic “Martian Wishes”; and he pours Pepsi on hot dogs. Dennis is a mini K-PAX kid sent to David to help him overcome the loss of his wife and teach him the profound joys of parenting. These lessons, in turn, will allow David to help Dennis get over his abandonment issues—he wears a belt full of batteries to make sure he doesn’t “float away” like so many other things in his life—and stop being a loon. Director Menno Meyjes supplements this mush with overdone space imagery, while the script provides a love interest for David in the form of his wife’s too-good-to-be-true best friend (Amanda Peet), as well as phony-baloney impediments to David and Dennis’s happiness via a mean adoption board bigwig (Richard Schiff), and David’s demanding agent (Oliver Platt) and publisher (Anjelica Huston). The primary obstacle to enjoying any moment of Martian Child, however, is Dennis, a little creature whose habits never feel like anything other than groan-worthy screenwriter contrivances aimed at cheaply eliciting audience waterworks. Cusack somehow manages to remain engaging even as his character learns to follow his own advice to “be yourself.” Still, if David is right in telling Dennis, “I deserve you, I really do,” it’s also true that Cusack deserves much better than this sentimental slop.