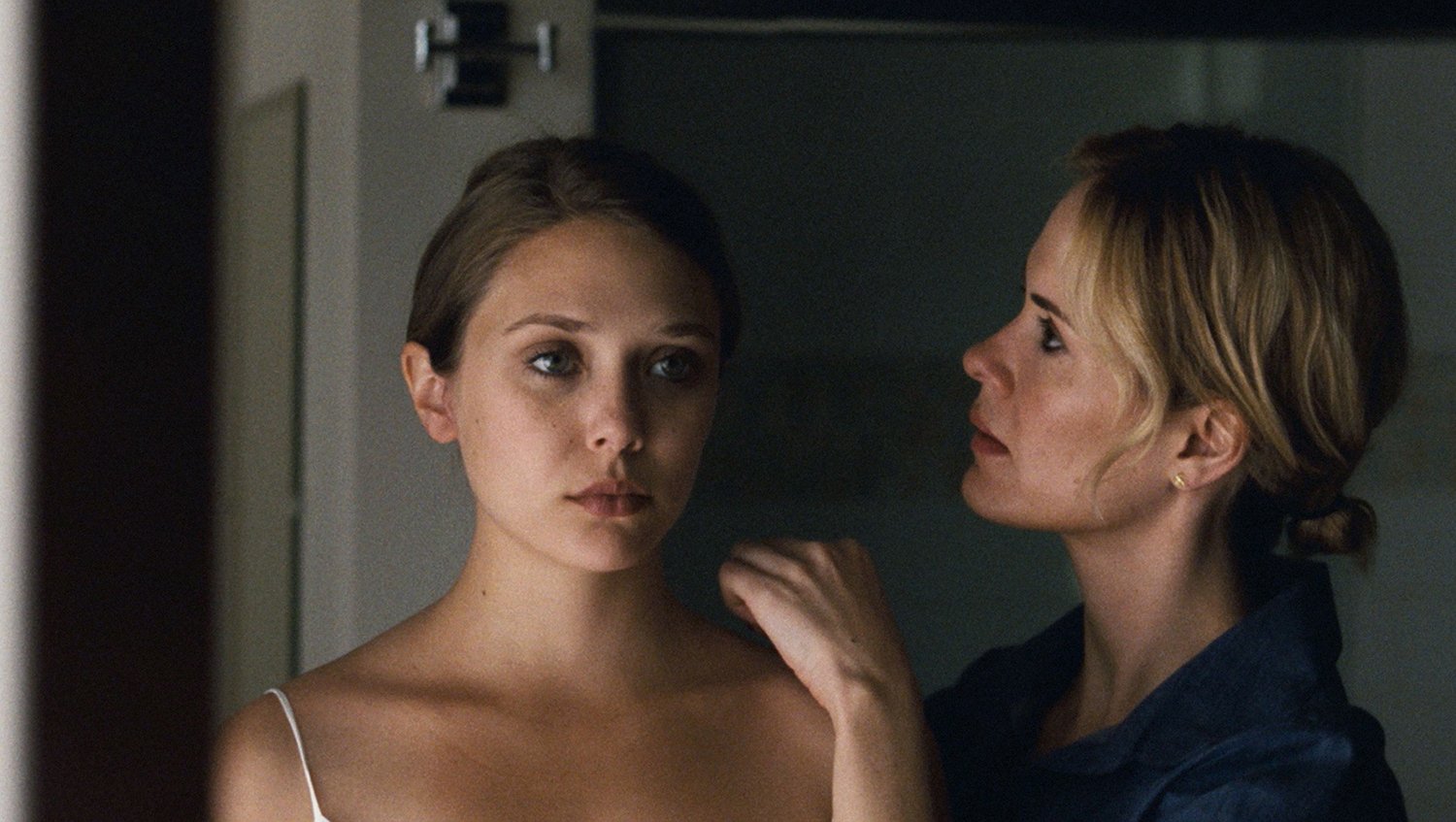 You have to hand it to Manny Farber. The late, iconoclastic teacher, critic, and painter wrote his famous essay “The Gimp” in 1952, and in doing so, he managed to wreck hundreds—perhaps thousands—of films that had not even been made yet, often by directors who wouldn’t be born for decades hence. The particulars of “The Gimp” quite naturally take films of Farber’s contemporaneous moment to task; in an oft-quoted passage, he dismantles the “if the lady is paying…” moment from Sunset Blvd., identifying “the gimp” of cinema as the kind of moment in a film that, in an instant, throws everything off its course, in terms of tone, acting, image, and so on, for the alleged purpose of shocking the audience into thinking, “Hey, this is deep stuff!”

Jump cut to 2011. The Sundance Institute holds American independent cinema in a stranglehold, and Farber’s gimps are no longer strategically positioned along a film’s track; they are the film. Sean Durkin’s debut, Martha Marcy May Marlene, is only the most recent example of this trend, though hardly the most infuriating. The film seems almost to have been produced spontaneously, by gears of a larger system as they mesh together right this instant, culled from the ether with the words “Customers Who Also Liked Dogtooth and Winter’s Bone Liked This…”

The mysteries of art are often resolved by looking to other media; in the case of film, few people discuss its relationship to music, but a lot of what makes the cinema work the way it does can be found in the structure of music, in all its genres. What Durkin does with Martha Marcy May Marlene can be boiled down to the duet: Not long after its cold open, the film is cloven into two, intertwining layers, one showing the heroine’s past experiences with a cult at a farm in upstate New York, the other her attempted convalescence with her married, uptight, Kyra Sedgwick-esque sister and her sister’s spindly armed English husband.

Continuing with the music analogy, this amounts to Durkin sensitively but insistently strumming one string on his acoustic guitar of cinema, then another, then back again. Instead of a harmonious melody, Martha Marcy May Marlene’s dueling layers produces, strangely enough, a monotone. Durkin relies almost exclusively on the novelty of his idea that one form of Martha/Marcy May’s existence is just as much a trap as the other, a revelation that is every bit as insightful as one of those optical illusions where you can see the duck and the bunny rabbit, or the one where, if you stand far enough away from the array of grayscale blocks, you can see Abraham Lincoln.

What I tended to appreciate, even more than Elizabeth Olsen’s performance, was when the film found it in its heart to go off-program and make individual character coloring a little more intelligent than absolutely required—specifically, Martha’s sister is written convincingly as a woman who’s capable of making her own, adult choices, and would even resist suggestions that her existence is like that of a cult member. In fact, most of the cast is above-board, especially John Hawkes, who demonstrates that he still has vats full of the enigmatic menace he displayed in Winter’s Bone.

Tragically, nothing in the film redeems the emptiness of Durkin’s dueling-narrative gimmick. The violent crime that kicks off the film’s dutifully ambiguous finale doesn’t so much signal a change in the weather—or a chord change, returning once more to music—as it seems to check off a box on the American independent film worksheet. For a beginner, Durkin wields the Scope frame with astonishing skill, and that should be applauded. There are also hints that he can write characters that aren’t a bunch of pinned butterflies. I would have forgiven some slovenly technique for a film that went down that road a little farther.