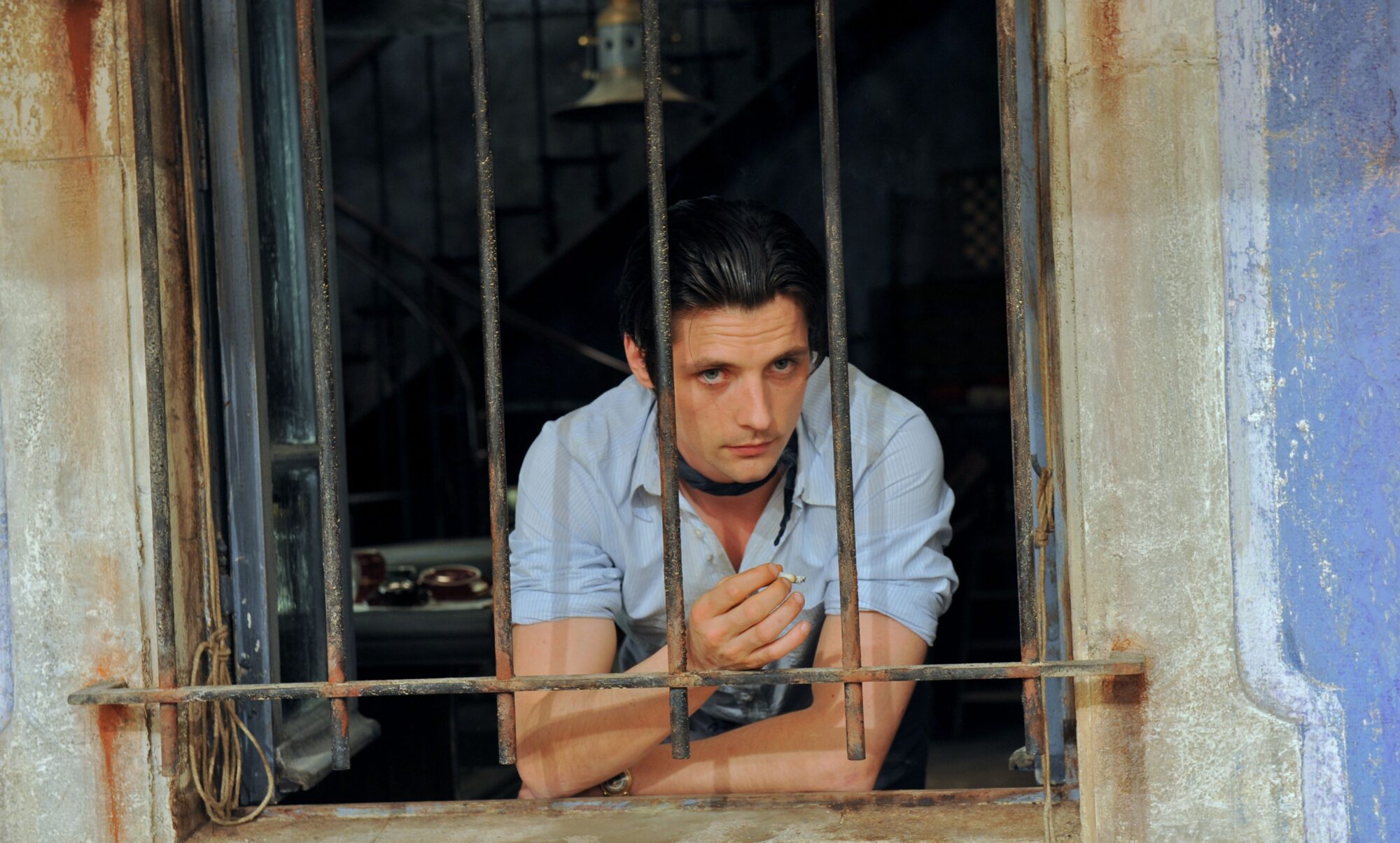 Following The Well Digger’s Daughter, a pleasant, if largely unnecessary, remake, actor turned director Daniel Auteuil continues his seeming determination to redo Marcel Pagnol’s entire oeuvre with Marius, the first of Pagnol’s “Marseilles” trilogy, with the two other entries to follow. Auteuil has proven himself largely content to merely recast Pagnol’s class-based melodramas in cordial costume-drama terms, as if he were trying to pay homage by replicating Pagnol’s work, but in color and with contemporary actors. Auteuil casts himself as César, the co-owner of a portside bar with his son, Marius (Raphaël Personnaz), who secretly longs to leave his father behind and join the navy. If Auteuil’s direction lacks the attentiveness to mise-en-scène of Alexandre Korda’s original, it largely matches Korda’s moxie with actors, especially in scenes with Fanny (Victoire Bélézy), whose presence becomes paramount for disrupting the boys-will-be-boys banter of César and his regulars. Fanny’s longing for Marius, complicated by her courtship with the elder Panisse (Jean-Pierre Darroussin), drives the narrative to Marius’s concluding dilemma: sea or Fanny.

Auteuil has assembled a crack team of talent, from the amiable cast to composer Alexandre Desplat, but if one’s already familiar with Korda’s original, much less Pagnol’s plays, little about this new version is likely to resonate, perhaps beyond a desire to revisit the original films. In fact, by adapting the trilogy for time-and-place fidelity instead of thematic relevance, Auteuil is less exercising diligent homage than indulging troglodytic cinephilia, as if Pagnol’s work existed in a vacuum and were incapable of being transposed to a new setting. Such a disposition becomes particularly clear in a scene where César boasts to his friends during a poker game about being one step ahead of Marius, whose trick of climbing through a window to lock his bedroom door from the inside hasn’t fooled his old man. Auteuil has altered the scene’s blocking, but little else, unable to conceive of a revisionist take on César’s gasconade over his son’s taking of a mistress. Likewise, when Fanny’s mother discovers her in bed with Marius prior to a proper marriage proposal, there’s no immediate confrontation, but a stifled shriek, a vicissitude relegated to excavation behind closed doors not for updated commentary, but for diegetic allegiance. Since contemporary social decorum isn’t on the chopping block in Auteuil’s version, little manifests by way of perceptible allegorical interest.

The film’s most striking moment comes near the end in a close-up of Marius, whose softly muttered “nothing” in response to Panisse at least jolts a remarkable bit of punctuation into the otherwise squandered proceedings. Squandered because Marius is by no means a film lacking verve or grace (it’s compelling in spurts), but that credit must predominantly go to Pagnol’s original material and not Auteuil’s copycat inclinations. A film like James Gray’s The Immigrant, by comparison, locates era-specific settings for much weightier revisionism, carved from the passions and socioeconomic horrors that breed the contents of Pagnol’s original sense of dramatic outrage. That’s sustentative cinema, while Marius is pablum.