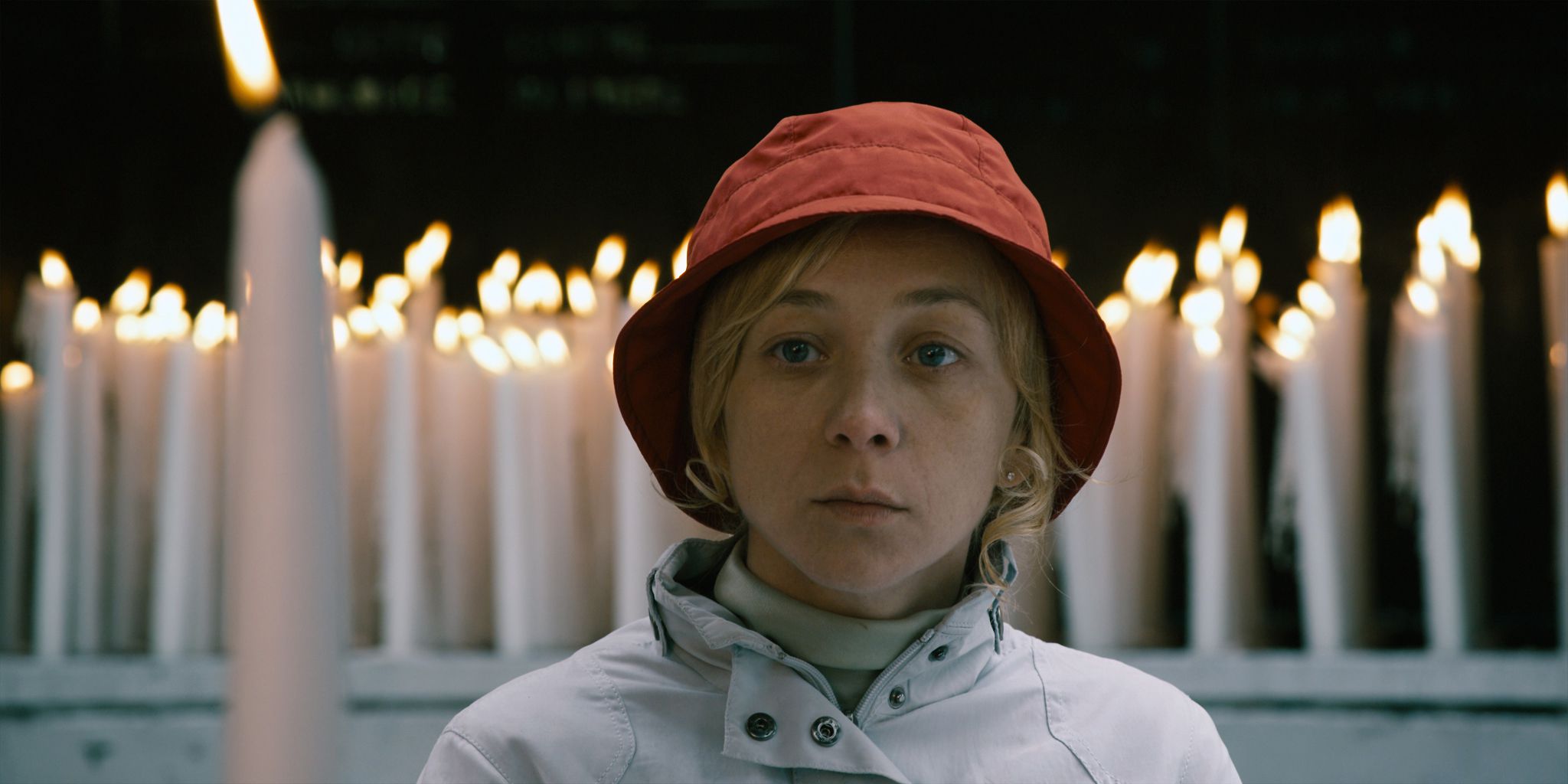 The acknowledgement and defense of miracles has always been a problematic arm of Christian apologetics; C.S. Lewis’s dodgy rhetoric on the topic famously provoked him to throw in his unabashed theology towel and retreat to comfier literary criticism and allegorical critter terrain. Wildly dissonant views exist on the topic even among members of the same denomination (it’s often debated whether the mechanisms the Almighty designed, i.e. the baroque resilience of the human body, count as miraculous even if he’s not technically intervening in its business on a frequent basis), but there are also undoubtedly high stakes involved in arguing that honest-to-God divine intervention could be logically sound and physically probable. After all, what better evidence could there be of a higher power—or, in the absence of such evidence, a lack thereof—than an instance where the laws of nature are inexplicably yet indisputably suspended for the direct benefit of a believer?

Austrian director Jessica Hausner placidly tackles related moral paradoxes in Lourdes, a deliberately paced examination of Catholic mysticism with sharp sprinkles of magical realism. Christine (a touchingly subdued Sylvie Testud) is a paraplegic touring the titular city and its alleged healing baths with a group of nurse-chaperoned invalids who are referred to by all with a hint of tourist-y condescension as “pilgrims.” The film’s first half languidly attempts to see the world as Christine does: with patient but optimistic awe, detachedly observing ironic interactions between “normal people” from behind the icy safety of social as well as mechanical torpidity. The nurses, decked out in Red Cross colors with irresistible nun hoods, are constantly being approached, and flattered, by lascivious male attendants and priests, and as though compensating for their comparative asexuality, the patients judge one another’s potential to receive Christ’s mercy. Juxtaposed with gloriously pellucid location photography (the 19th-century basilicas and grottos glint with muscular spirituality), Hausner’s view of the sanctuary nimbly crosses numinous beatification with infantile sexuality (much like the French resort in the third act of Murmur of the Heart, where another unnatural, albeit profane, miracle of sorts occurred).

Most critical assessments of Lourdes are likely to dote, however, on the film’s second half, which follows a prosaically depicted and somewhat predictable act of God, and which represents less of a shift in tone per se than a putative richening of Hausner’s community-themed wit. Much as how the available scholarship on miracles picks and chooses phenomena to patch together the strongest case for divinity possible, the reality of Christine’s transformation becomes a liturgical and technical concern (most forcefully due to worry that the relevant changes won’t last, and that Christine won’t have lived the sort of life that would befit such saintly treatment), though these issues never quite blossom into action-driving personal or political conflict. And it’s here that the film momentarily falls apart as a vague think-piece; while Testud’s performance impressively suggests both bare human vulnerability and pitiful epistemological vacancy toward the ramifications of what her character undergoes, Hausner’s narrative lacks the dramatic mythos of a compelling individual journey while also refusing to commit to the barbed details that would make Lourdes an adequate dissection of spiritual dysfunction and egotism. The film’s softly inquisitive nature means to present us with unassembled ethical puzzles but forgets that Socratic challenges should be as incisive as the self-exploration they hope to inspire.

Still, even as Hausner’s script falls short of satisfaction due to its hands-off, staid-faced approach, her delicately rigorous mise-en-scène maintains an eerily orderly aura. The stately, ecclesiastical color scheme, seemly borrowed from the immortal scene in Michael Powell’s The Life and Death of Colonel Blimp wherein Clive Candy takes refuge from a weather-beaten war in a nunnery and finds an unexpected angel draped in holy robes, wrings piety from tasteful reds and immaculate whites in the Lourdes baths and middle-range hotels before succumbing to a darkened, meretricious rouge when the validity of Christine’s remarkable experience is lightly called into question. And Martin Gschlacht’s mostly static camera, quizzically eying the nurses and invalids from behind cracked columns and thickly off-white curtains, gives the impression of a mildly intrigued but omniscient observer occasionally capable of flourishes of omnipotence (the stomach-knotting zoom-ins and dainty trucks across wheelchair-riddled queues are so organically synchronized with our spatial curiosity we wonder at first if we didn’t cause them with slight tilts of the head).

But while Hauser proves that she’s capable of fascinatingly complex divine providence while acting as a filmic deity herself, she doesn’t view the possibility of the real deal with quite enough dramatic gravitas. For a film with such an intensely meditative view of corporeal salvation, Lourdes seems to give both God and his alleged beneficiary only perfunctory analysis.