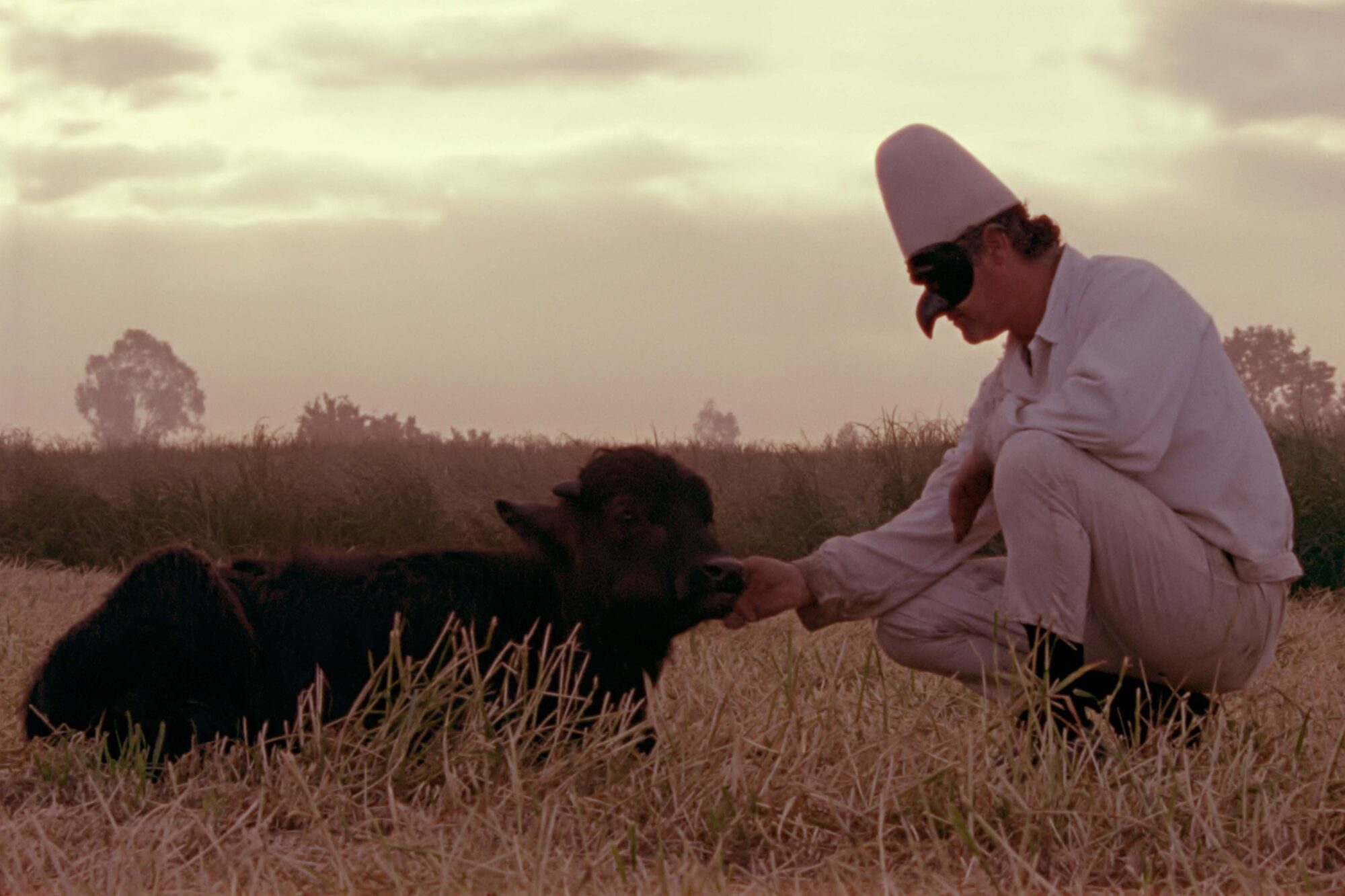 Director Pietro Marcello initially conceived of Lost and Beautiful as a documentary portrait of Tommaso Cestrone, a farmer popularly known in Italy as the Angel of Carditello because he volunteered his time to take care of the long-neglected 18th-century Royal Palace of Carditello. But after Cestrone died of a heart attack during the shooting of the film and the Italian Ministry of Cultural Heritage acquired the regal property, Marcello reimagined his film as a docu-fiction hybrid about Pulcinella (Sergio Vitolo)—named after the classic masked figure from commedia dell’arte—leading one of Cestrone’s buffalo calves, Sarchiapone (voiced by Elio Germano), to a new owner, real-life shepherd Gesuino Pittalis. The resulting film is by turns eloquent and shallow in its essayistic elegizing of a lost golden age.

Sarchiapone’s voyage brings to mind that of the donkey from Au Hasard Balthazar, but where Robert Bresson saw the cruelty subjected upon Balthazar as a parable of universal suffering, Marcello is more specifically concerned with the damaging effects of human neglect and the passage of time on the world. Like the archival footage of politically motivated marches and protests that are dropped into the film, the physical ruin that Pulcinella and Sarchiapone encounter on their way to Gesuino’s farm embodies both Cestrone and Marcello’s fears of Italy’s future. The film’s melancholy is also supported by Sarchiapone, who narrates his own adventure and, at one point, articulates the dreams he occasionally has of a world without humans. Marcello even goes so far as to set out a kind of animist perspective when he has Sarchiapone rail against the insularity of human beings, many of whom mistakenly believe they’re the only ones with souls.

Lost and Beautiful’s anthropomorphizing of the calf is its most daring gamble, yielding mixed results. The film’s sentimentality is questionable, as its pining for the supposed simplicity of an older time can’t help but feel overly romanticized. But this nostalgia is given a tonal notion of authenticity through the use of expired 16mm film stock to capture the story’s desolate scenery. Pensively backed by Marco Messina and Sacha Ricci’s original compositions and music by Vivaldi and Donizetti, the film’s images suggest they’re literally from an earlier time. And when he’s not busy lamenting a bygone past, Marcello more broadly and usefully reminds us of a world beyond our own and a time beyond the present, all of which can be easy to forget in a country as full of political and economic turmoil as present-day Italy.