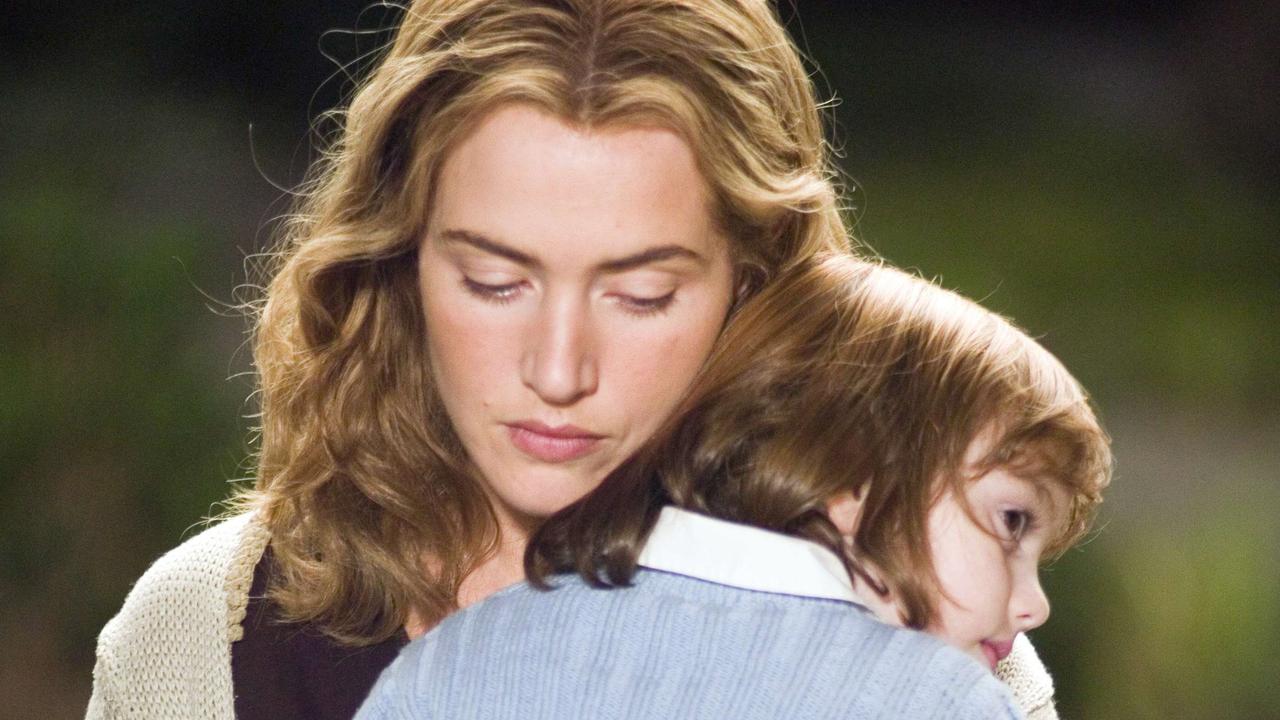 The reason many cinephiles loathe, as much as love, the fall movie season and its attendant Oscar hype is movies like Little Children, a piece of melodramatic malarkey that carries itself with an air of profundity unjustified by its contrived, pedantic, and phony narrative and aesthetic spine. For his follow-up to the excessively heralded In the Bedroom, director Todd Field once again tackles parent-offspring dynamics and middle-class angst in the most pretentious, undemanding means possible, delivering his film’s themes via lumbering, hand-holding exposition, piling on literary citations it then overtly explains, and condescendingly observing his caricatured suburban New England characters—as does Sarah Pierce (Kate Winslet), an outsider in her stay-at-home-mom community—like exotic animals viewed through a plate glass window.

As he’s far from a visual stylist, Field recounts his saga of illicit affairs and thirtysomething matrimonial malaise (adapted, with the author’s help, from Tom Perrotta’s novel) with a mundane mise-en-scène that exudes a self-conscious sense of depth and insight, its deliberate pacing, storybook narration, and sporadically menacing soundtrack all part of the director’s vain attempt to make it seem as if something vital and valuable is being conveyed. Similar to the perfectly coiffed shrubbery dotting its milieu’s white picket-fenced properties, his trifle of a tale has been overly manicured to the point of laughableness, never allowing a moment to stand without some explicit or implicit dose of message-imparting (look out for that ominous breeze blowing!). That the film’s deliberately grave tone comes outfitted with an air of didacticism, however, is no more aggravating than its stabs at wry comedy, which resemble the limply delivered jokes of an austere filmmaker who lacks a natural sense of humor.

Little Children focuses on the ramifications of Sarah’s affair with Brad (Patrick Wilson), a studly house-husband unable to pass the bar exam and unhappily married to a domineering documentarian (Jennifer Connelly), and quickly reveals itself to be a portrait of immature mothers and fathers, the innocent wisdom of tykes, the necessity of confronting one’s own problems and accepting responsibilities, and the virtue of remaining nonjudgmental. In other words, it’s Brad, Sarah, and the rest of the story’s grown-ups who are, in fact, the titular children, though in their refusal to allow subtext to remain subtextual, what becomes increasingly clear is that Field and Perrotta also regard their audience as simpleminded kids, incapable of picking up on any subtle suggestions, Madame Bovary allusions, or Iraq War references without Cliffs Notes-style aid.

Just as In the Bedroom’s protagonists displaced their deep-seated marital strains onto their son’s killer, so too do Field’s latest characters use the recently arrived sex offender Ronnie (Jackie Earle Haley, a long way from Bad News Bears) as a scapegoat for their personal failings. The director isn’t naïve enough to portray Ronnie as simply the harmless victim of a McCarthyesque witch hunt being run by guilt-wracked Larry (Noah Emmerich), providing the pariah with a date scene in which he ends the night by jerking off in the woman’s car and then threatening her with violence if she dares mention what’s occurred. Yet since the film’s thesis—which can be boiled down to a mother’s statement that it’s okay to expose one’s self in private, but not in public—would function no differently without this taboo narrative thread, the impression left by it and its accompanying mood of danger (highlighted by Ronny’s Jaws-like visit to the public pool) is one of child-in-peril fears being callously manipulated.

Aside from Haley’s third-act bout of screaming to the heavens, Field’s actors remain largely averse to histrionics. But nothing obscures his plotting’s schematism, epitomized by edifying narration that negates the need for interpretation of events, conversations, or expressions. In requiring only passivity from its audience, whom it shovel-feeds faux-erudite lessons, it’s the Academy Award-baiting version of Don’t Ask, Just Tell cinema.