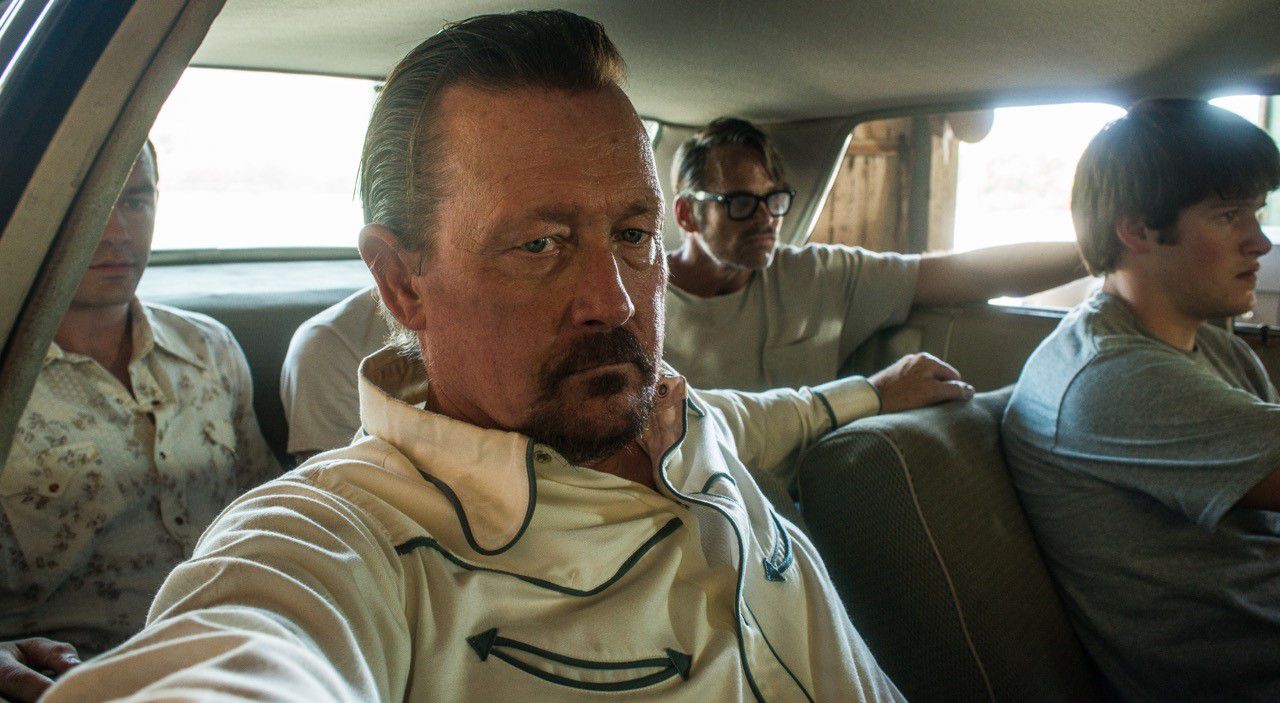 Based on a true story, Dwight Little’s Last Rampage examines the twisted family dynamic between Gary Tison (Robert Patrick) and his three teenage sons, who help him break out of the Arizona prison where he’s serving a life sentence. After he and his cellmate, Randy (Chris Browning), bust out of the clink, and before the opening credits have finished rolling, Gary declares to his sons that “blood calls to blood.” This favorite phrase of Gary’s evokes both the film’s biblical overtones and reminds everyone of the unquestioned obedience he expects as the family’s patriarch. Expectedly, the group’s escape to Mexico and supposed freedom transforms into an inevitable journey down the destructive, predestined path laid out by the sins of the father.

Though Gary’s wife, Dorothy (Heather Graham), and sons always believed that he was innocent of the murder that landed him in jail, they’re soon made aware of the evil he’s capable of once he and Randy murder a family of four that stops to help their group fix a flat tire. Although Last Rampage’s overarching narrative travels a well-tread road, it strikes a number of potent grace notes along the way. Donnie’s (Alex MacNicoll) coming of age is particularly intriguing for the way he struggles with the sense of duty he feels toward his tyrannical father, butts heads with Randy, and fights to extract his brothers, Ricky (Skyy Moore) and Ray (Casey Thomas Brown), from a seemingly hopeless situation only to find them resistant to his help.

The film is in its wheelhouse when it sticks to the emotional dysfunction of the gang on the run and follows the shifting allegiances of the brothers as well as the intrusions of the outsider, Randy, whose impulsiveness throws wrenches into already gummed-up works. Patrick brings a forcefulness and acerbic wit to Gary, delivering a steady stream of snappy one-liners that offer amusing reprieves from the film’s otherwise somber moodiness; the actor also vividly articulates the eerie charisma that helps to conceal a man’s homicidal instincts and draw everyone around him to follow his lead.

The Last Rampage, though, stifles the narrative momentum and dilutes the pathos it accrues up to this point by looking away from its main characters in order to tend to a series of half-baked subplots. The sympathetic reporter, Marisa (Molly C. Quinn), who offers consolation to Dorothy is an entirely perfunctory character, providing no insight into either Dorothy’s discovery that her husband murdered an entire family or the process by which the news covered the actual event. Even more frustrating is the waste of Bruce Davison, whose Sheriff Cooper constantly talks to his wife and deputy about how desperately he wants to catch Gary but is never shown actually pursuing the killer or bothering to put together an elaborate plan to apprehend him.

Last Rampage abounds in paper-thin stock characters who’re never fully integrated into the narrative and appear to have only been given screen time because they were part of the real-life events. Historical accuracy certainly has its place, but so does narrative efficiency and the filmmakers left a bit too much fat around the edges, thus preventing the strong family drama at the film’s center from achieving any lasting emotional power.