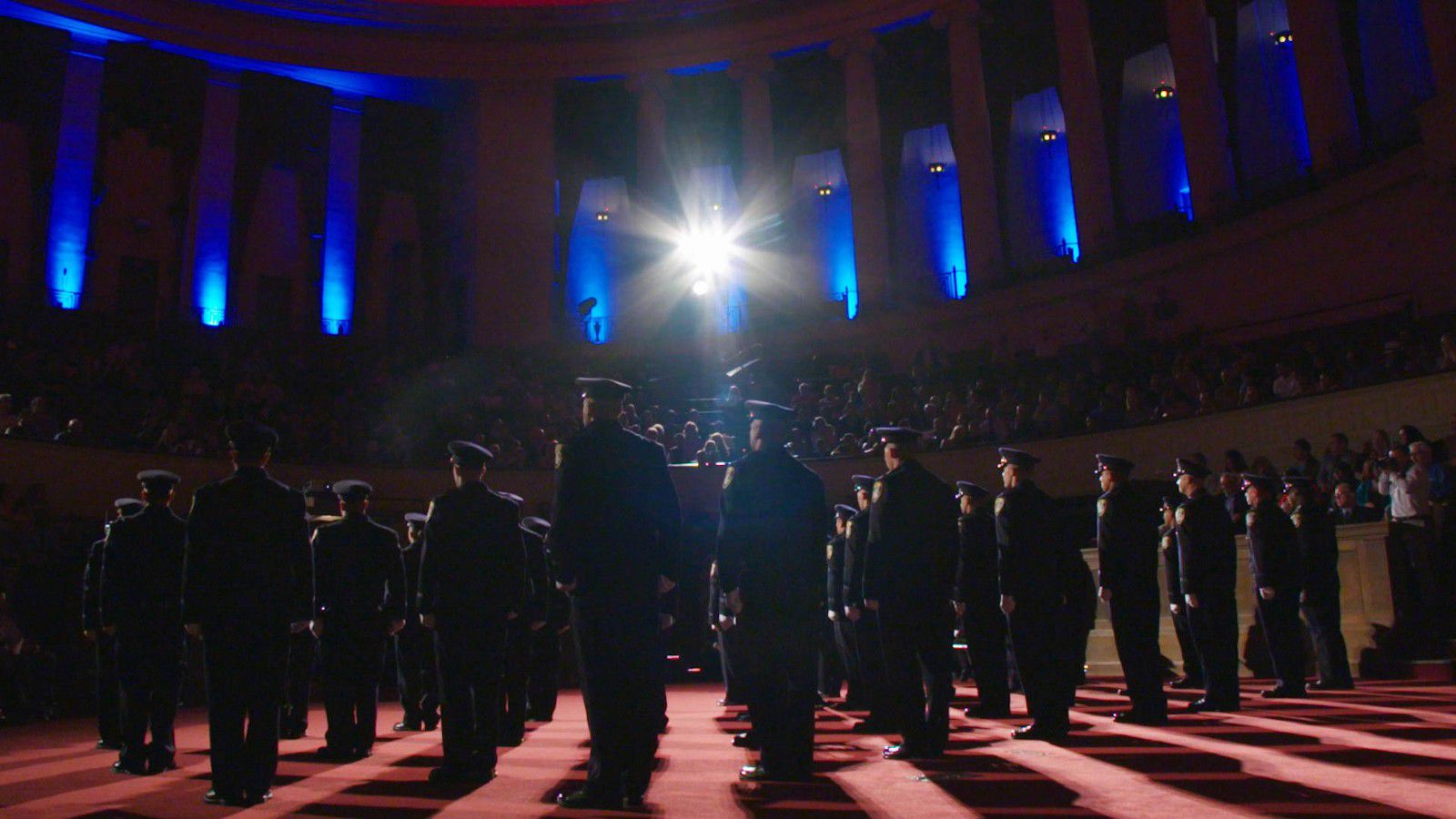 For much of its running time, Peter Nicks’s initially compelling The Force plays as a portrait of a model police department in the making. The Oakland Police Department seeks to overcome its reputation for authoritarian brutality through the implementation of important reforms: body cameras, racial sensitivity classes, and training that discourages the use of deadly force and emphasizes the racist history of American policing, including its origin in slave patrols. Sean Whent, the unassuming, almost dorky chief of the O.P.D., is seen as the great liberal hope, a man whose compassionate approach to policing could bridge the gap between the department, which has been under a federal consent decree for civil rights abuses since 2000, and Oakland’s long-suffering black population, which is extremely distrustful of cops.

“It’s a very difficult time in this country to be a police officer,” says Whent about a minute into the film, and for over an hour afterward, nearly everything we see—Cops-style street encounters, protests by a hostile public, press conferences with skeptical reporters—serves to underline his point. Nicks even includes some nocturnal helicopter shots of Oakland scored to brooding synths to imbue the O.P.D.’s work with an air of urgency and danger.

The documentary’s largely context-free vérité approach, which eschews interviews, narration, or archival footage, superficially resembles the work of Frederick Wiseman, but while Wiseman’s patience and fascination with bureaucratic structures allows him to create sweepingly comprehensive portraits of public institutions, it often feels like Nicks is being absorbed into a PR campaign. We see a lot of empathetic-sounding public statements from the people at the top and trainings that stress the responsibilities of cops to their communities but hear surprisingly little from the cops and cadets themselves. When we do, briefly, in an organized discussion of a video showing a police officer firing 13 shots into a man wielding a knife, cadets at a police academy vociferously defend the killing, suggesting that despite the O.P.D.’s progressive public face, many of its recruits endorse the same violent tactics that have sparked so much anger and resentment across the country.

The last 20 minutes of the film confirm this point. After Nicks was nearly finished with editing, a scandal broke out in the O.P.D. when it came to light that numerous officers were having sex with an underage prostitute. Whent abruptly resigned—though rumors suggest that he was pushed out for failing to investigate this matter more aggressively—and the department quickly began to crumble, with two more chiefs leaving in rapid succession and renewed talk of the O.P.D. being placed under federal receivership. Nicks had no choice but to incorporate this material into his film, and while it’s not always particularly elegant—lots of news reports and headlines flash by—it does complicate the vision of a well-meaning bureaucracy doing its best in the face of difficult circumstances that Nicks has proffered up to this point.

Fundamentally, though, this is a film without a clear perspective on its subject. Nicks has assembled some fascinating footage—particularly his extended observations of encounters between police officers and the public—but lacking any ideological, historical, or aesthetic point of view, he’s produced a hopelessly muddled take on one of the critical issues of our time. This is a documentary that neither enhances our understanding of American policing nor attempts to look beyond the status quo. Promising an inside look at a dangerously opaque institution, The Force only serves to reinforce the sense that the people of this country have no idea what truly goes on inside the organizations which ostensibly exist to protect them.