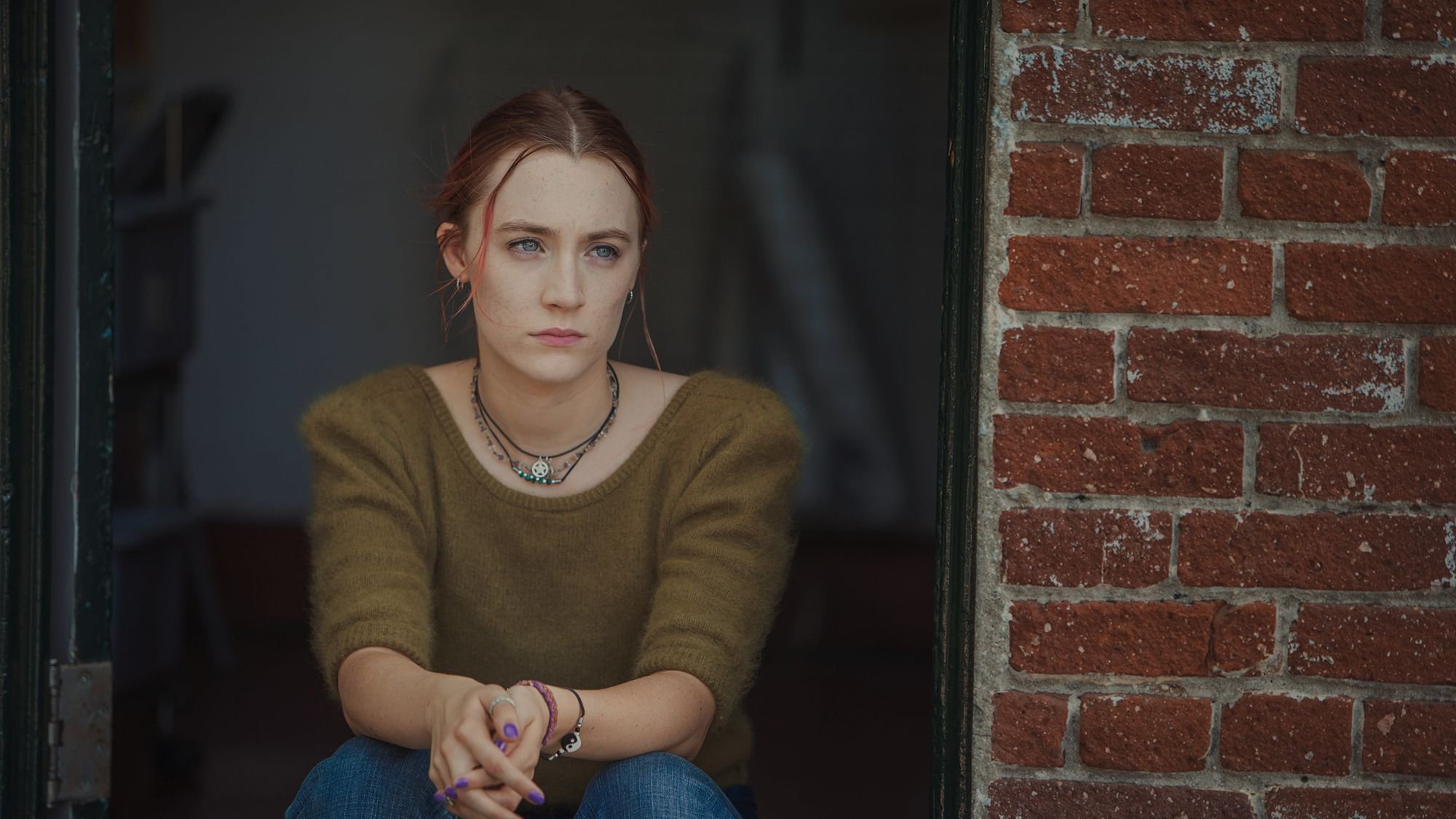 Greta Gerwig’s Lady Bird is an uncommonly nuanced and intelligent film about the volatile relationships between teenage girls and their mothers, and it begins with a brash, borderline-surreal expression of frustration. It’s 2002, and 17-year-old Christine McPherson (Saoirse Ronan) is at the tail end of a road trip touring colleges with her mother, Marion (Laurie Metcalf). They’ve just finished the 21-hour audiobook of The Grapes of Wrath, faces full of tears, and a fidgety Christine is unable to abide her mother’s request to “just sit with what we heard.” Like a lot of adolescent protagonists in modern coming-of-age films, Christine talks too often and too blithely, but Marion is a formidable sparring partner: “How did I raise such a snob?” she asks, shortly before Christine hurls herself out of a moving car onto the pavement.

That’s the sort of action that many teen movies would depict as a flight of fancy, a burst of quickly forgotten surrealism meant to illustrate an impulsive teenage mind; Christine spends the rest of Lady Bird sporting a fluorescent pink cast with the words “Fuck you mom” scrawled on it in black sharpie. Such glib, blithe quips are the motor oil of the teen comedy, but in her first outing as a solo writer and director, Gerwig is as sensitive to place and the fragility of young and old bodies as she is to her protagonist’s often hurtful words.

Save her stubborn, overworked mother, Christine has trained all of her friends and family to call her Lady Bird, a sobriquet that straddles the line between dignity and cutesy appeal. Lady Bird has yet to obtain either trait, though her dyed hair does have a cardinal red tint. Inexperienced and unsure of how (and whether) to harness her evident ambition, she’s a purely aspirational creation, and her hometown of Sacramento comes off as ill-tempered toward irony or audacity. Though Gerwig uses bulky computer monitors and an ambient unease about violence (Lady Bird attends a Catholic school because her adopted brother saw a knifing at the local public school) to conjure the film’s post-9/11 moment, her Sacramento is authentically behind the times, a town one character calls “the Midwest of California.” Alanis Morissette and Dave Matthews Band blare from car speakers, and Bone Thugs-n-Harmony’s 1995 hit “Tha Crossroads” is still the featured ballad at school dances.

Most of Lady Bird’s teen characters are united by these and other populist totems (in one adorable departure from a world of cultural verisimilitude, Sacramento seems to be a haven for Stephen Sondheim nuts), but the film finds them increasingly aware of the highly visible class markers that separate them. With equal doses of hilarity and world-weariness, the film seems to reinvigorate the oft-depicted arc of adolescence on screen, where status and popularity seem broadly detached from economic reality. Lady Bird abandons her devoted lower-class bestie, Julie (Beanie Feldstein), for a shallow, unambitious rich friend, Jenna (Odeya Rush), and two love interests from the wealthier side of the railroad tracks that divide Sacramento: first Danny (Lucas Hedges), a polite theater kid, then Kyle (Timothée Chalamet), a snobbish rebel rarely seen without a Howard Zinn book in hand.

Gerwig roots around in meaty class issues with a marvelously deft touch. In Lady Bird, economic status is a fact of life that determines people’s upbringing and their future limits. Lady Bird isn’t always quiet about it, and she helplessly looks up to her supposed betters, but she mostly accepts these realities. Instead of stealing from Lady Bird’s parents in order to pass as wealthy, she and Marion sift through thrift store racks together; her primary act of financial rebellion is to secretly apply to the sorts of liberal, East Coast schools that her family can’t afford with money socked away from a summer job. Though many of the mundane and enduring conflicts that erupt between mother and daughter are rooted in financial distress, the family’s struggles become manifest in more subtle and devastating ways: Lady Bird’s mother works a double on her 18th birthday, and her father, Larry (Tracy Letts), has to go back on expensive pills to treat depression because he’s just lost his job.

Lady Bird has a quiet and concise outrage about economic inequality, and key to its emotional generosity is that even minor supporting characters seem aware of how unfair it is that their futures can be determined by something so random as when and where they’re born. There are limits to the film’s curiosity—most of the male characters are warm but one-dimensional, and prone to disappearing from the narrative for long stretches—but some bracing departures from Lady Bird’s point of view offer reminders that no amount of luxury can inoculate us from tragedy: Illness, violence, and suicide seem to touch everyone’s lives here. (“Remember that you are dust and to dust you will return,” a priest intones during an Ash Wednesday service at school.)

The film’s broader shift in perspective is its most impressive, as its sympathies gradually tilt from Lady Bird, a teen desperate to transcend her upbringing, to Marion, a mother who sacrifices her time and her body for her family without reward. Ronan, who seems to grow into her lanky frame over the course of the film, nails the sense that Lady Bird’s life is a tendentious war between her ego and increasing sense of the world around her, while Metcalf masters Marion’s inability to erase her frustration at her inability to be selfish or impulsive. Both performances are remarkable, brittle and diffident in wholly original ways that distinguish Gerwg’s film from The Edge of Seventeen, Pretty in Pink, and other canonical coming-of-age works that attempt to honestly reckon with issues of privilege. A uniquely American comedy, Lady Bird is testy, humane, and firmly rooted in its time and place.