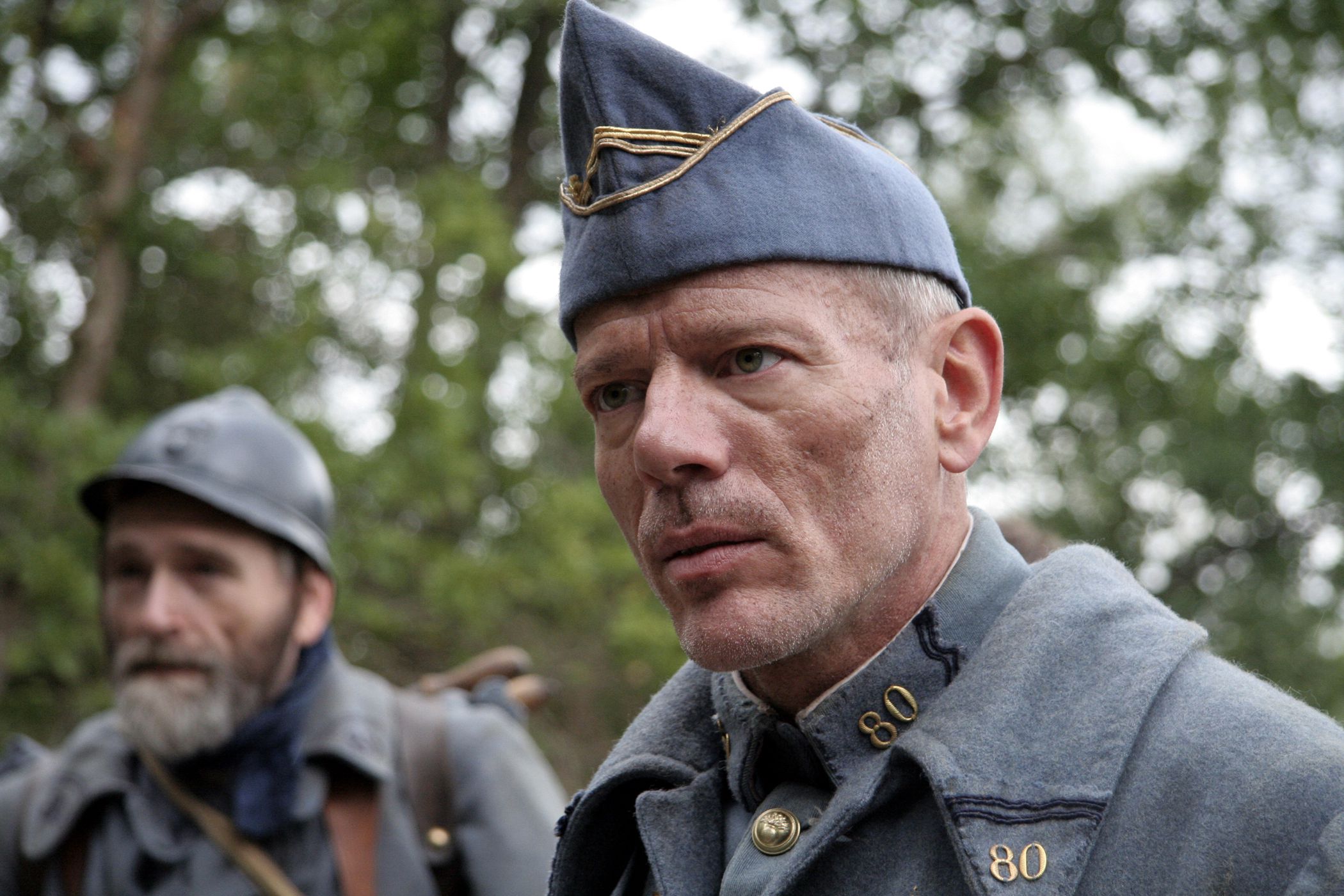 Gender and genre are continuously bent in La France, Serge Bozon’s uniquely weird and often starkly beautiful film experiment. In 1917 rural France, Camille (Sylvie Testud) waits patiently while her husband fights in the Great War, until a baffling letter arrives from the front: “Don’t write me. You will never see me again.” Told that a woman shouldn’t wander the countryside alone, she chops off her tresses, straps down her breasts and resumes her search for her husband while disguised as a runaway lad. When Camille joins a wandering regiment led by a battle-weathered Lieutenant (Pascal Greggory), the film provides a striking if conventional juxtaposition of cloaked female resilience and warfront male fatigue, aided greatly by a superb Testud, whose pale-flame ardor brings to mind Katharine Hepburn’s own intrepid drag act in Sylvia Scarlett.

When the soldiers suddenly perform pop songs of female yearning (“Sometimes his eyes try to express things for me/If I needed him, would he come to me?”) with instruments that seem to magically appear, a peculiar new vein of subversion is opened. As befits the work of a former film critic, La France is as much Bozon’s ballad-like fable as it is his corrective critique of recent, WWI-set French productions (the film’s pared-down intensity shames the manipulative bathos of Joyeux Noël and the visual blubber of A Very Long Engagement). The soldiers avidly read and dream about Atlantis, though the French countryside here is no less a mythical place. Enemy forces ride horses and carry lances, the night is almost supernaturally dark: As photographed by Céline Bozon, this is precisely the kind of grave, enchanted realm in which a war movie can become a musical.

At first jarring, the songs (plaintive tales of a blind girl looking for love, performed in anachronistic, ‘60s-style tempo) soon fall in place as trancelike interludes that feminize the hardened men as surely as Camille’s masquerade expands the domestic docility of her first scenes. While Minnelli, Davies or Tsai would have used the songs as an escape for the characters from a dreary world, Bozon instead stages these numbers as inseparable from the film’s dreamscape, where the ethereal and the brutal are engaged in a war of their own. Despite the portentousness of its title, La France remains a close and intimate work that sustains its singularity to the end.