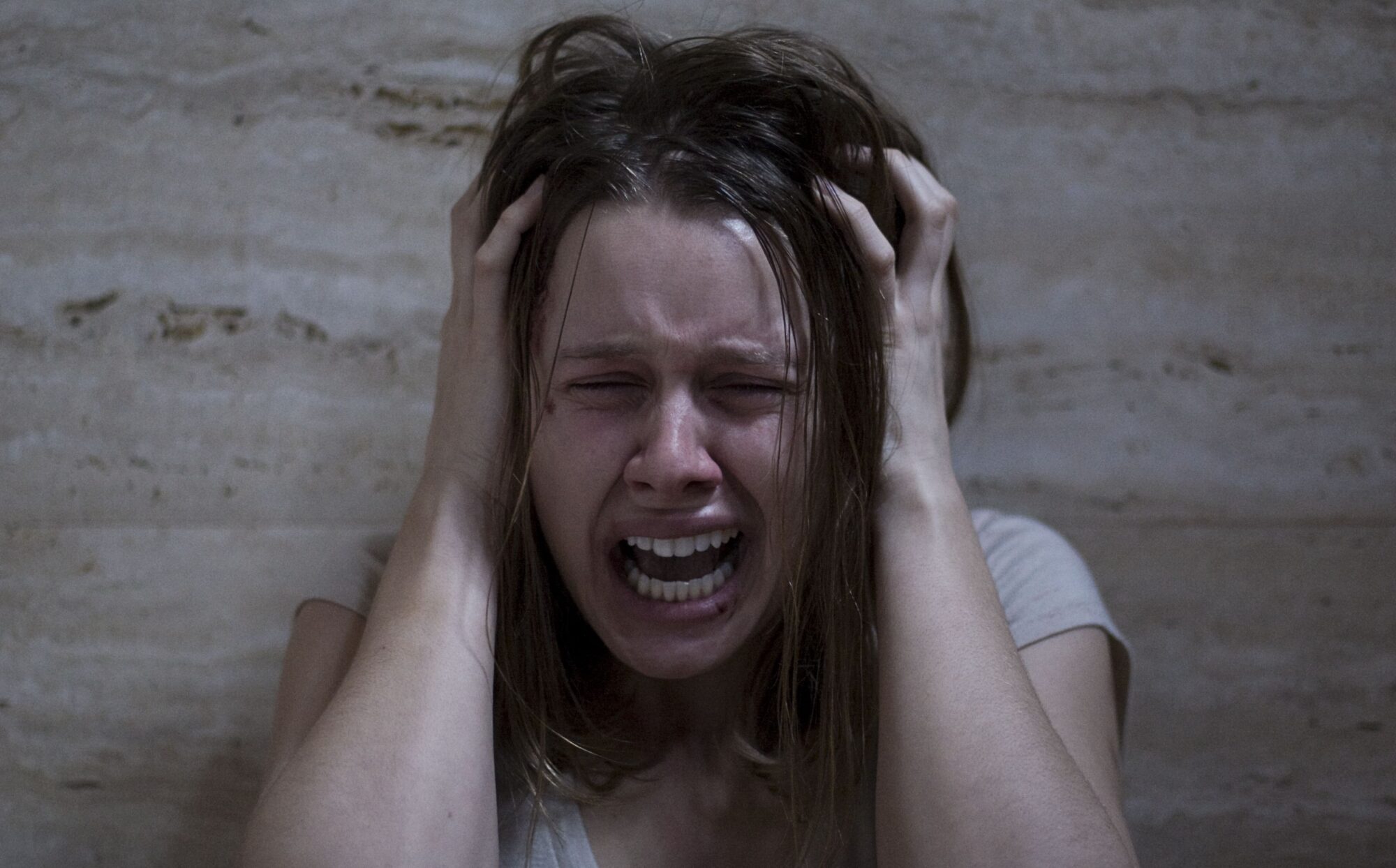 Michael Haneke’s Funny Games (German or American versions) may be unbearably pedantic, but its indictment of viewers as partially culpable for on-screen sadism is nonetheless convincingly born out by Kidnapped. A home-invasion thriller with nothing on its mind except generating horror from its blunt, thematically barren portrait of nasty people doing bad things to innocents, Miguel Ángel Vivas’s film has scant original things to say about violence, vengeance, survival instincts, or even the random cruelty of the world.

Kidnapped is just a straightforward vision of violation and viciousness in which the suffering of an everyday family serves as terrifying entertainment, a barren and morally dubious objective that’s further undercut by the fact that the director only wrings moderate tension from his setup. Such hollowness is especially disappointing given that, though Vivas’s style is gimmicky (he employs fewer than 12 prolonged single takes for his story’s entirety), its rigorously close adherence to its Madrid protagonists’ points of view creates striking empathy for them. This is especially potent during introductory passages, which after a prologue of a man stumbling about a forest with a suffocating plastic bag over his head, lays out the believable familial dynamics between Jaime (Fernando Cayo), his wife Marta (Ana Wagener), and their teenage daughter Isa (Manuela Vellés) as they move into their luxurious new house.

Things go south when three masked intruders with Eastern European accents smash their way inside and threaten murder if compliance isn’t completely given. Vivas’s depiction of this intrusion is brisk and unsettling, and he maintains a taut sense of lives hanging precariously in the balance once Jaime is accompanied by one of the crooks to an ATM where he’s forced to empty out bank accounts. Yet as circumstances become more perilous, Kidnapped loses its edge; the three villains turn out to be a stock bunch (a cool ringleader, a nervous young kid, and a crazy-eyed psychotic), unexpected houseguests further complicate matters, escape plans go awry, and events soon spiral into bloody mayhem.

Whereas Vivas’s aesthetic is initially intimate, a raft of split-screens and circuitous tracking shots soon call undue attention to themselves, and the compassion the director originally exuded for his characters is slowly eroded as the narrative reveals its true intent to merely wallow in graphic abuse and rape in order to provide exciting jolts for the spectator, the ugly torment of the film’s blameless victims be damned. Its scenario and criminals devoid of any representational depth, and without any substantial ideas underlying its carnage, the film ultimately just assumes the sadistically pragmatic POV of its one-dimensional thugs, pitilessly doling out brutality as a practical means to an end.