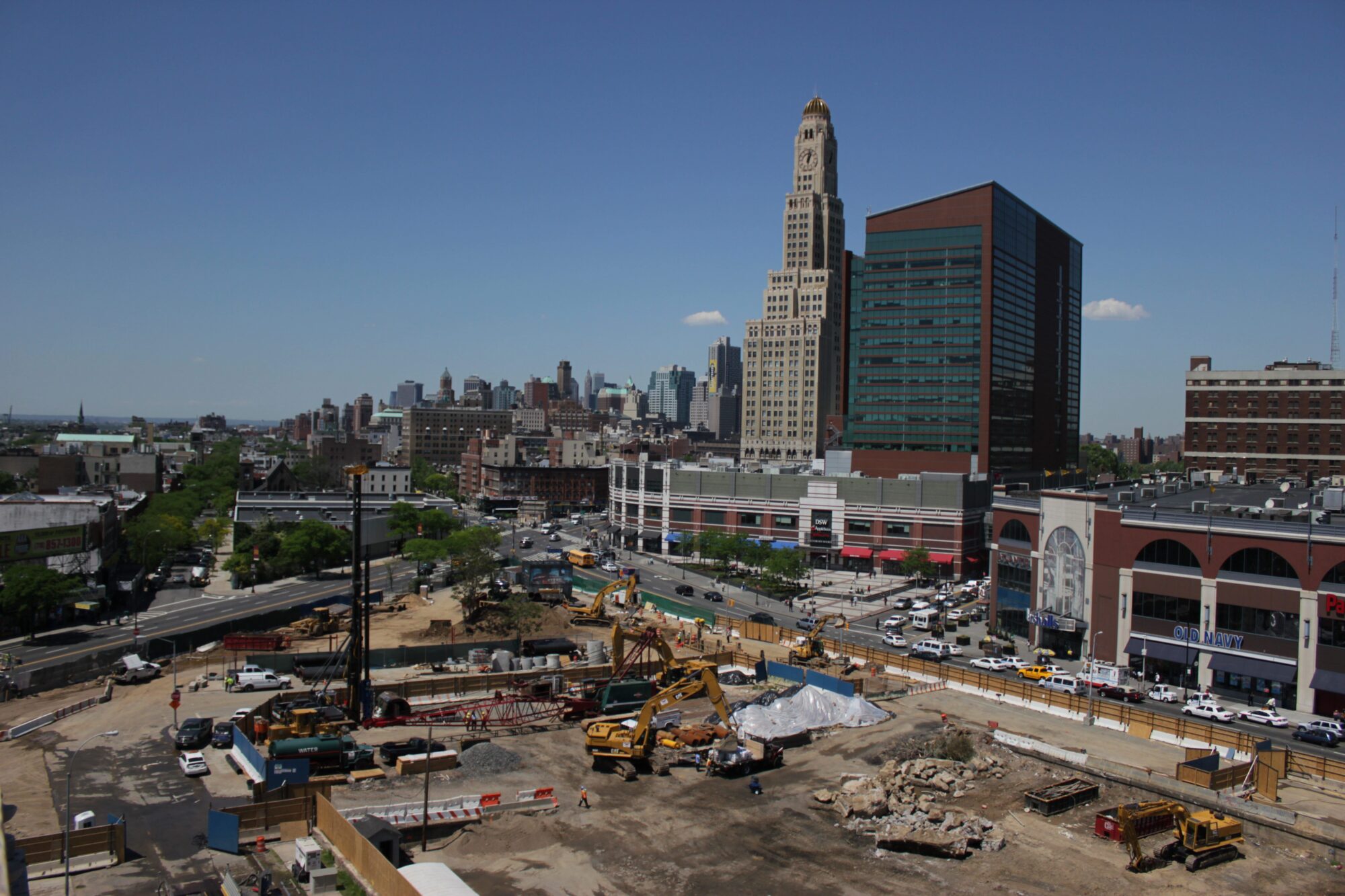 Battle for Brooklyn keeps its nose to the concrete: Michael Galinsky and Suki Hawley’s documentary about the struggle over a contested plot of land in the eponymous borough consists mostly of rough-hewn footage of public hearings, community meetings, press conferences, and the daily efforts of activist Daniel Goldstein. Filmed over seven years, the film traces the development of the showdown between developer Forest City Ratner—who in 2003 announced plans to build an entire community complete with a new basketball stadium on a “blighted” stretch of Brooklyn—and the residents of the existing community, who are understandably less than excited about being removed from their homes via that most insidious of government measures: eminent domain.

As Forest City Ratner, with powerful allies at both the state and local level, bulldozes its way over numerous legal obstacles en route to bulldozing local homes and businesses, Goldstein and other opponents stage their counterattack via both the streets and the courtrooms, in Goldstein’s case, by living for years as the last holdout in the neighborhood’s lone upscale building in which everyone else has been bought off. Although Battle for Brooklyn gives voice to the project’s supporters, there’s little doubt which side Galinsky and Hawley are on: The doc exposes the ways in which the developer plays racial and class elements against each other, while luring unemployed neighborhood residents with dubious promises of jobs and affordable housing.

The results of these community-fracturing developments are—cinematically speaking—some heated moments at neighborhood meetings, but also too many scenes of Goldstein worrying around his apartment. Attempting to bring a personal touch to the larger struggle, Galinsky and Hawley devote an abundance of screen time to the fidgety, unlikable Goldstein and the developments in his personal life: his splitting with his fiancée, the beginning of a new relationship with a fellow activist, and the resulting marriage and birth of his child. The directors might have been better served filling in the gaps with glimpses of the larger picture behind Forest City Ratner’s project, since despite gaining access to such unlikely venues as the inner sanctum of the state capital, their off-the-cuff filmmaking and a handful of on-screen titles don’t give us close to all the context we’d like.

Ultimately, Battle for Brooklyn is a film that asks what human cost is necessary for urban development to continue. While the filmmakers categorically reject the claims of figures like Mayor Michael Bloomberg and Brooklyn Borough President Marty Markowitz that a few hundred displaced people are a small price to pay for the modernization of a less desirable stretch of a city, they don’t tackle the larger questions of how such development might be permitted to occur. Granted, ignoring any real community input and seizing people’s homes to build an arena and a shopping plaza (complete with a Chuck E. Cheese’s!) is clearly not a desirable approach, but Battle for Brooklyn brings up larger quandaries about urban development which—given its intentionally restricted purview—it doesn’t begin to address. It’s where the film leaves off that the really interesting questions begin.