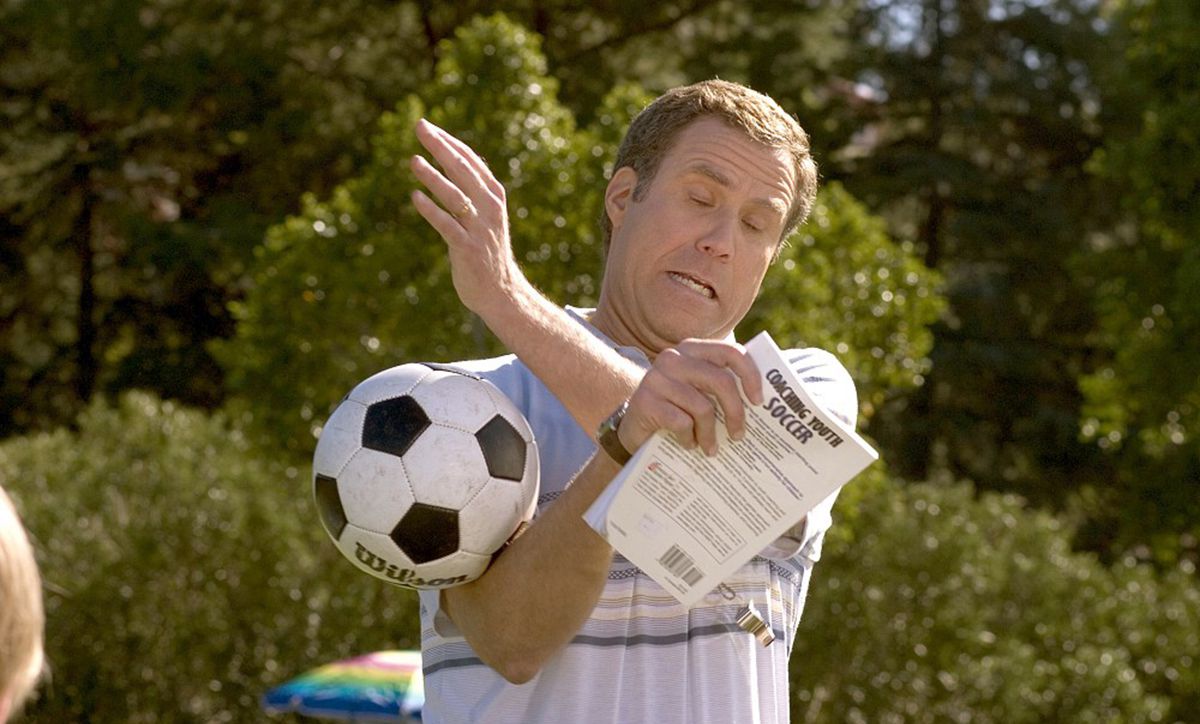 Thank God for coffee, which provides the only caffeinated jolt to the otherwise deflated Kicking and Screaming, a family-friendly Will Ferrell vehicle too soft and cuddly to fully indulge its Bad News Bears urges. Ferrell is Phil Weston, the milquetoast son of local sporting goods magnate and ultra-competitive youth soccer coach Buck (Robert Duvall), and this Jesse Dylan-helmed trifle revolves around the wimpy Phil’s attempts—after Buck has callously traded his grandson Sam (Dylan McLaughlin) to another team—to stick it to the old man by managing his own team of pint-sized Peles. With his bland encouragement failing to motivate his team of misfits and losers, vitamin store owner Phil is introduced to the joys of coffee, and the mild-mannered dad, as well as the heretofore weak and tasteless film itself, is immediately transformed into a whirlwind of lunatic rage. That the director opts for mocha rather than liquor (which would have proven a less appropriate, and thus more humorous, beverage to imbibe in the company of children) is indicative of the film’s PG mildness. Yet Phil’s third-act java-fueled insanity—resulting in advice like “I want you to play dirty, if you have to, but don’t get caught,” and taunts to competitors such as, “I can eat a box of cookies for dinner” and “He’s a jackal from hell”—nonetheless endows the proceedings with its only zany kick. Regrettably, the preceding pap fails to capitalize on Ferrell’s ability for bizarre, spastic craziness, and though the star’s apples-and-oranges relationship with menacing assistant coach/mentor Mike Ditka (playing himself) is sporadically amusing, the film is largely characterized by strained jokes about lesbian mothers and bad toupees, as well as unfunny sights like a tiny Asian boy leading a choreographed dance number after a goal. Supplying each kid with a distinct personality rather than just a lone, scrawny character trait (this one eats worms, these two are Italian, etc.) might have given Ferrell the foils he so desperately needed, but scene after scene finds the valiantly mugging actor hung out to dry by a lackluster screenplay (by Leo Benvenuti and Steve Rudnick) unwilling to play up its central premise of adults behaving nastily to children. In his TV commercials, Buck declares “I’ve got balls!,” but the same unfortunately can’t be said about the timid Kicking and Screaming.