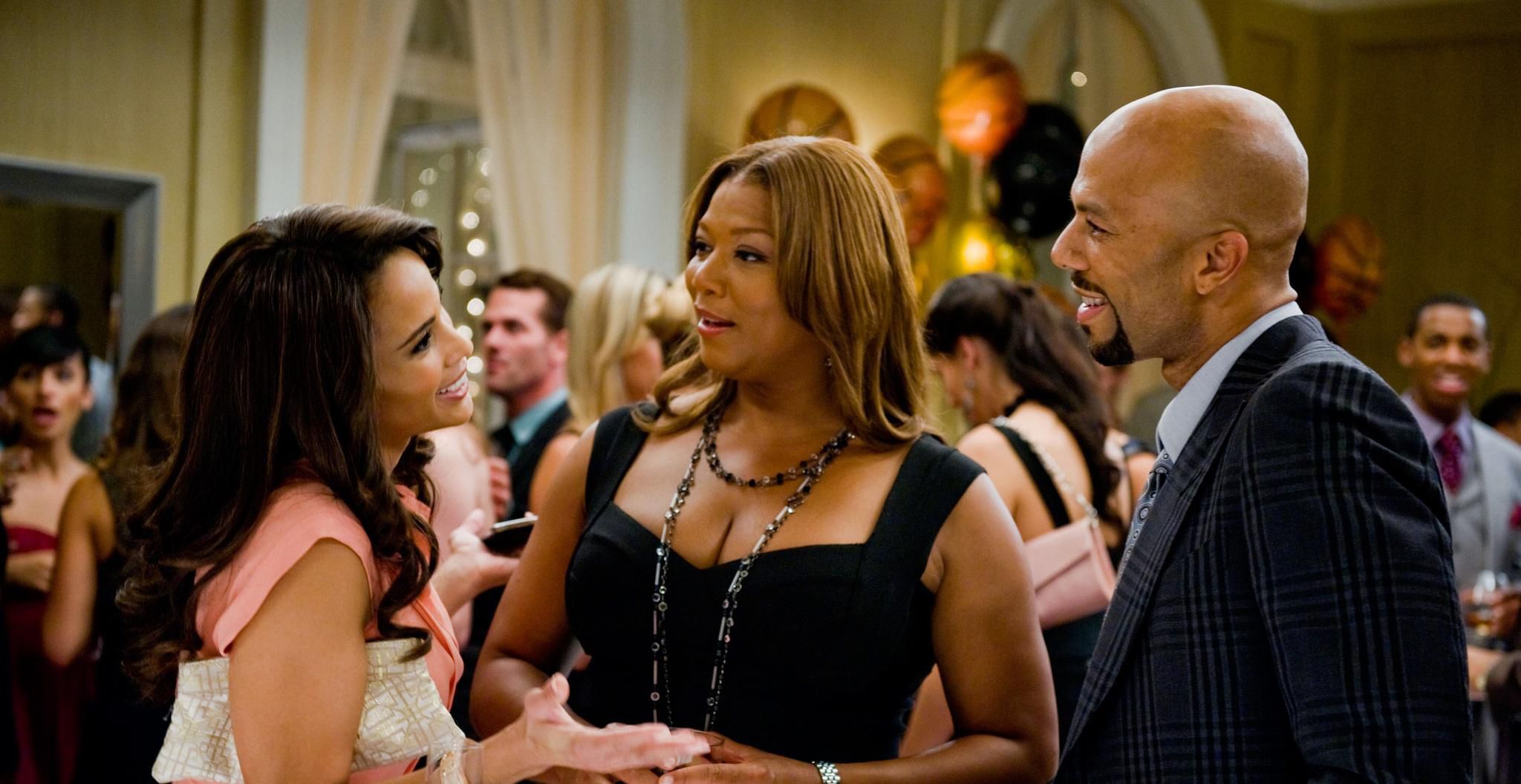 The big-studio romantic comedy has become so intractably set in its ways that there’s no longer hope for true innovation; competent replication of clichés is now a best-case scenario. The latest example of this is Just Wright, a functional but stolid lovey-dovey tale in which two rappers-turned-actors lend a dash of charm to flavorless fairy-tale material.

Always viewed by the opposite sex as a platonic “homegirl” rather than an object of desire, die-hard New Jersey Nets fan and physical therapist Leslie Wright (Queen Latifah) seems to hit the jackpot when a chance encounter with Nets superstar point guard Scott McKnight (Common) results in an invite to his birthday bash. Alas, Scott winds up having eyes for Leslie’s gorgeous friend Morgan (Paula Patton), who has designs on becoming an NBA trophy wife. Scott and Morgan’s relationship is headed for the altar when a serious knee injury derails Scott’s season and gold-digger Morgan, sensing that her new beau’s star is about to fade, bolts, leaving Leslie—hired to get Scott back in game shape for the playoffs—to mend the basketballer’s body and heart.

Go ahead, allow yourself a groan of bored recognition, since Sanaa Hamri’s film is conventional to its core. Latifah tones down her sassy routine just enough to keep Leslie’s tomboyishness from being grating, and Common, albeit hardly a versatile actor, delivers enough suave cool to prevent the proceedings from drowning in schmaltz. Yet Just Wright’s adequate performances don’t change the fact that the two stars share no chemistry, and that the story’s triumph-of-the-big-girls plot is a fanciful rebuke to VH1’s Basketball Wives reality show. A plethora of NBA player cameos prove transparent concessions to male viewers coerced into accompanying dates to the theater, while a softly lit sex scene between Common and Latifah, the latter’s large frame conspicuously hidden from sight, gives new meaning to the term awkward. Clumsier still, though, is Hamri’s decision to close her film—formulaic treacle predicated on giving the audience no more or less than it expects—with a titular line like “You’re just right for me” that’s oh so very wrong.