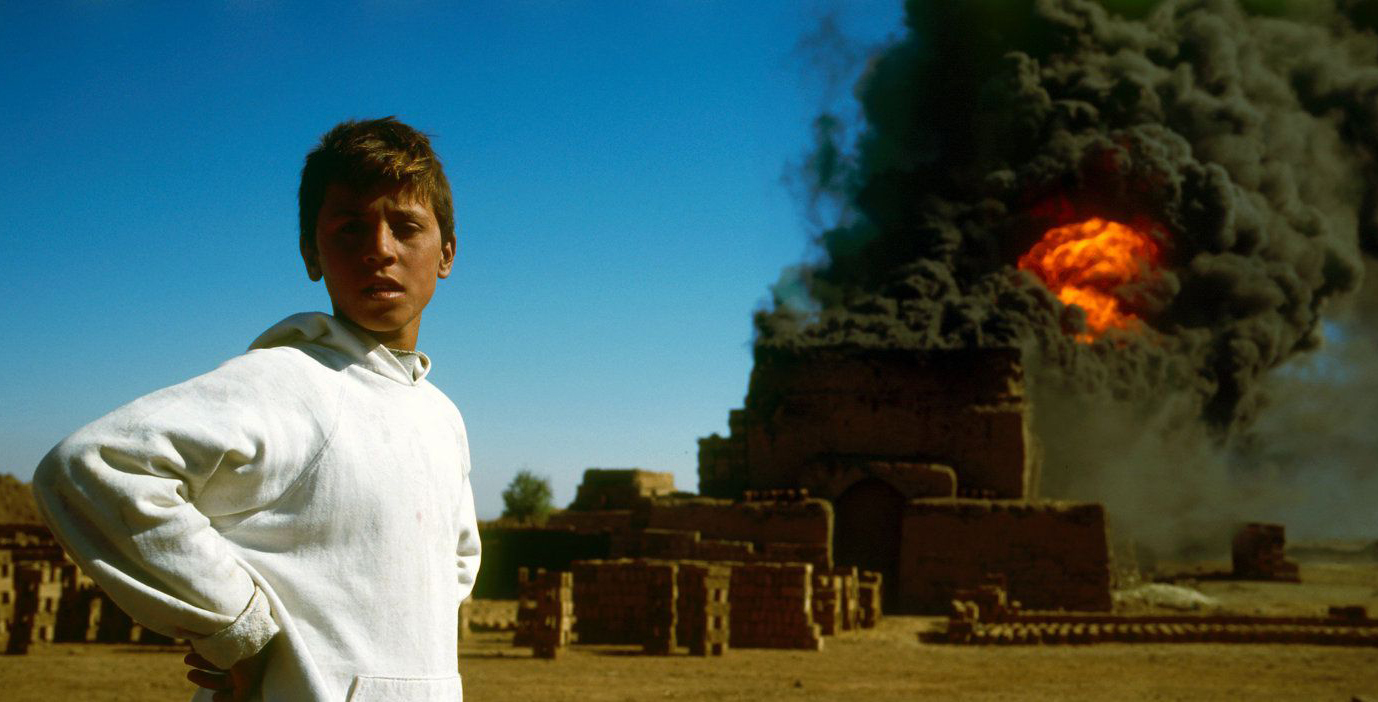 Made from footage shot between 2002 and 2005, James Longley’s Iraq in Fragments wavers strikingly and problematically between an eloquent call for compassion and an unintentional illustration of the potential dangers of cinematic beauty. The continuous state of flux in which Iraqi citizens find themselves is reflected in the evocative title, though the film’s structure is far less fractured than it’s suggested: Split into three panels, Iraq in Fragments is arranged to reflect an elegiac trajectory from razed urban centers to pastoral vistas, assembling vérité views of quotidian Iraqi life to posit a sense of tentative bucolic healing in a time of crisis.

In the first segment, an 11-year-old mechanic in a working-class district of Baghdad is swept up in the Shia/Sunni conflicts around him, learning to adapt to a landscape where the innocence of childhood has to be sacrificed for immediate survival. Elsewhere, near Najaf, Shiite-controlled brigades use force to impose religious law. And finally, near the Kurdish border, a fatigued, old farmer experiences life with his family to the rhythms of nature. Blending the documentary and the aestheticized, the progression in Longley’s picture suggests that of life itself, its trenchant messages voiced by the young (“The world is so scary now”) and delivered through harsh-lovely compositions and rhythmic editing.

Not all of the director’s visual concepts escape the prettifying glibness of an outsider observer; the lush shots of voluptuous oil-field fires are reminders of Werner Herzog’s Lessons of Darkness, another work where the very expressive splendor of the landscapes aims to justify the decontextualization of the imagery, yet Longley’s composing can come off as preciously ethereal and damagingly apolitical next to the ruthlessly physical veracity of Bahman Ghobadi’s Turtles Can Fly. Style in Iraq in Fragments comes occasionally close to taking precedence over its heartfelt humanistic intentions, yet the film’s deep respect for human resilience and hope ultimately renders cynical accusations of touristy condescension moot.

Q: When Did You First Realize That Movies Were Directed? A: