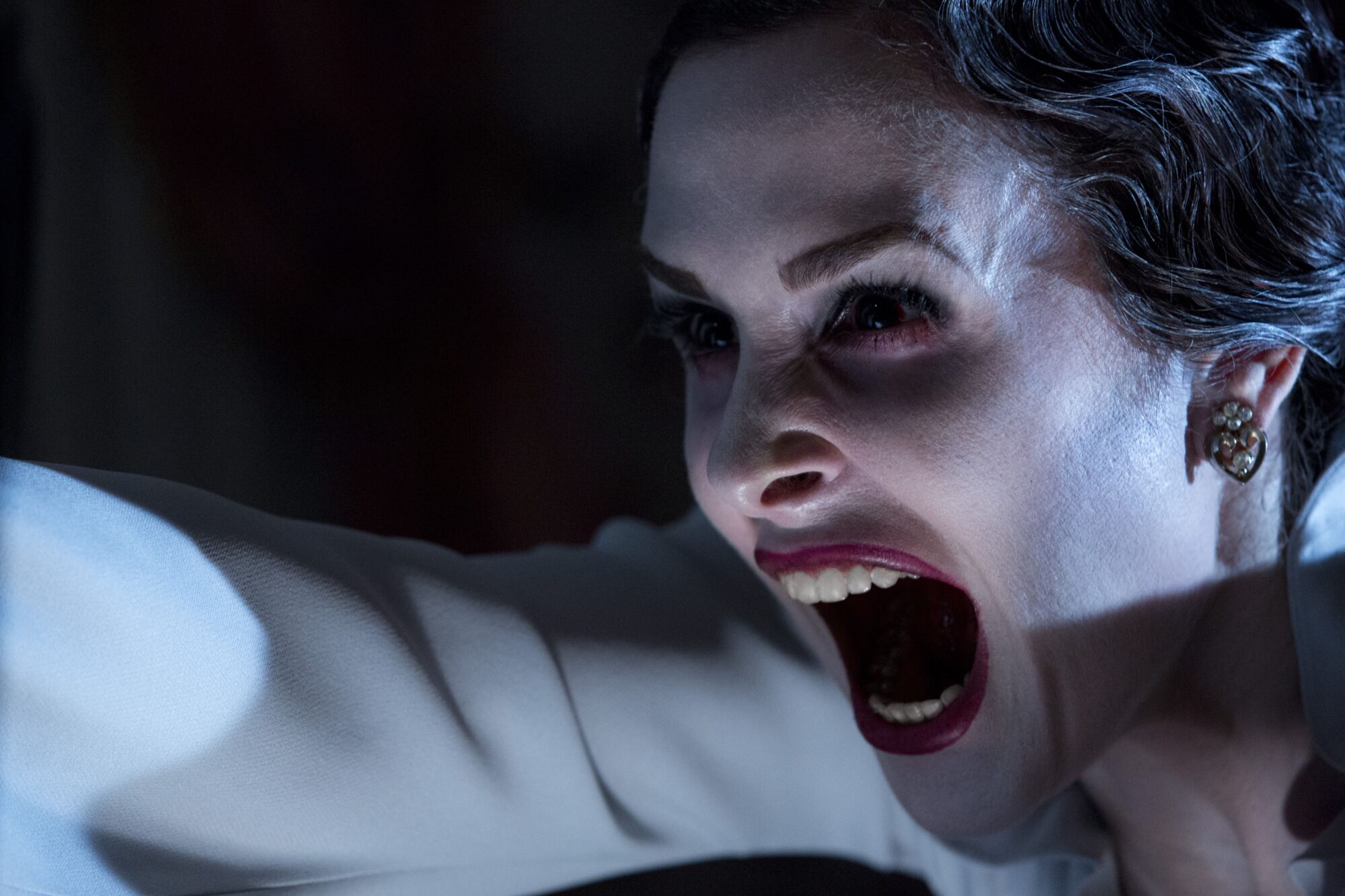 Insidious: Chapter 2 is a full realization of the very worst fears one could imagine when its director, James Wan, unexpectedly emerged from the torture-porn murk with its original, spiritedly directed predecessor. Following the Saw series, for which Wan helmed the first entry and produced the subsequent installments, Insidious had all the markings of a singular triumph, but it’s repetitive, sternly unimaginative sequel clearly verifies that Wan is again overextending a canny conceit in the name of franchise.

Like Saw, Insidious is now burdened by a functioning, ever-expanding mythology to tend or default to. Chapter 2 begins in 1986, laying down the foundation of the supernatural occurrences that have led Josh Lambert (Patrick Wilson) to openly communicate with and travel to a limbo-like spirit world, which his eldest son tapped into in the first film. An evil spirit from that realm has now possessed Josh and is causing him to physically decay, lazily denoted by a few of his teeth falling out. In less of a nod than a flat-out rip-off of The Shining, the affliction can only be cured by the wholesale slaughter of Josh’s family, as his own soul is stuck wandering the afterlife. Ghost hunters Tucker and Specs (Angus Sampson and screenwriter Leigh Whannell) are still on the case, studying the origins of this evil spirit with help from Josh’s mother (Barbara Hershey) and Carl (Steve Coulter), an erstwhile colleague of quasi-exorcist Elise (Lin Shaye), but their doings stir up only pedestrian scares.

Though the title suggests a continuation, Chapter 2 is mostly backstory, an elongated succession of derivative explanatory nonsense that allows for a host of familiar set pieces and tired gags. Wan’s influences have always been pretty clear, but they’ve been delivered in a hearty hash of genre know-how, some more obscure choices mixed nicely with the more recognizable touchstones. Here, Wan goes strictly name-brand, mashing up Psycho and The Shining into a dull narrative slop that derives nearly all its scares from its audio design rather than visual invention. The great sense of anxiety and motion that Wan masterfully built to a boil in Insidious now seem like nothing more than means to an end.

Chapter 2’s investment in the potential serial aspects of the first film zaps its creative edge, to the point that Josh and Renai (Rose Byrne), his heroic wife, feels utterly useless in a film built around their otherworldly familial trauma. Wilson spends the entire film trying to do a subdued Jack Torrance, which is somehow even worse than you’re imagining, and Byrne’s role is defined by little more than a ghostly bitch-slap her character receives early on. And it’s not like the supporting characters are developed beyond the archetypes they embodied in Insidious either. The only thing that’s vaguely changed are the implements and contraptions used by and to battle the supernatural in the story: Carl’s lettered dice, Dalton’s tin-can telephone, Josh’s baseball bat, and Elise’s VHS collection, to name a few. The scares are hardly new, but these seemingly minor touches allow for the illusion of freshness and invention. If the killing machines of Saw give any hint, one imagines that by the time Insidious: Chapter 3 is released, the series will be all utility, and utilities.