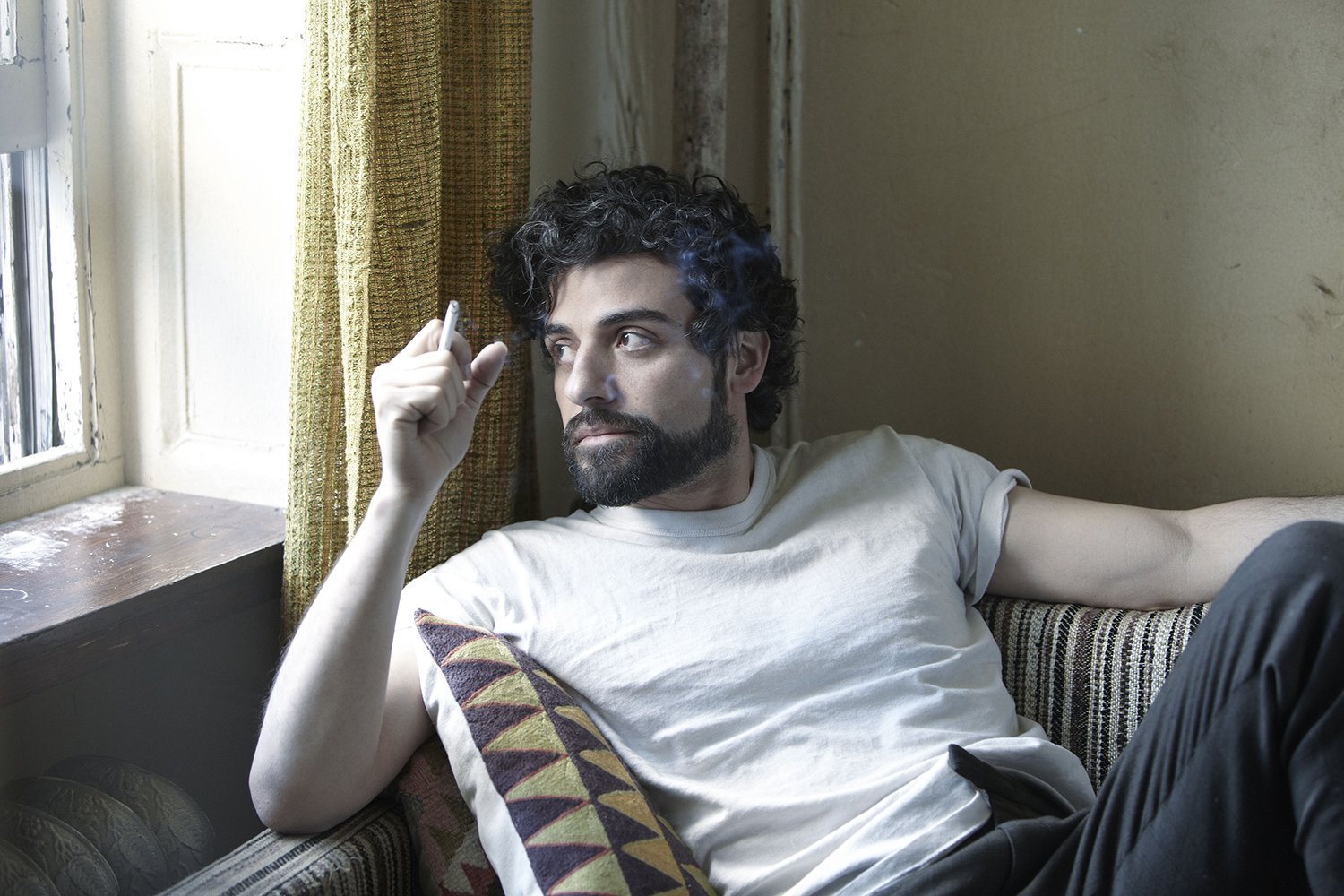 Joel and Ethan Coen’s Inside Llewyn Davis is a winter’s tale, brushed with granite grays, oaky browns, and pale whites. It’s a fitting pallor for the 1960s folk scene in Greenwich Village that the eponymous troubadour, played by Oscar Isaac, finds himself rambling through. And ramble on Llewyn does, between venues, open couches, and women, stopping most consistently at the home and, occasionally, in the bed of Carey Mulligan’s Jean, an angry, regretful singer who refers to her erstwhile lover as “King Midas’s idiot brother.”

Her vitriol isn’t entirely uncalled for, as Llewyn knocked Jean up, disregarding his friendship and working relationship with her on- and off-stage partner, fellow folkie Jim (Justin Timberlake). It’s not the first time he’s set into motion this sort of scandal, and the past is bound to repeat itself in Llewyn’s world, a point that the Coens emphasize both in the story’s mordant drama and their script’s cleverly elliptical structure. Nothing changes in Llewyn’s life, but he’s no misanthrope, at least not purposefully; he’s prickly and careless on more than one occasion, but he’s sincere and has talent to spare. As played by an eloquently beleaguered Isaac, the man is arguably the most vivid and complex character the Coens have dreamed up since Marge Gunderson.

So, Llewyn’s story becomes a sort of ironic odyssey, mounted by a gloomier journeyman than George Clooney’s Ulysses in O Brother, Where Art Thou?, and the references to The Odyssey are subtle and beautifully placed. Besides a wily cat named Ulysses, there’s the sojourn to Illinois to play the Gate of Horn, the real-life folk venue opened by Mr. Grossman (F. Murray Abraham) that gets its name from a line spoken by Penelope in Homer’s classic. Thankfully, Inside Llewyn Davis isn’t beholden to that text, an issue that hindered the comic exuberance of O Brother, Where Art Thou?. Nor, for that matter, does the film rely on faithfulness to the trajectories of the lives of the folk musicians and songwriters that the filmmakers have abstracted for their tale. It’s the idea of mythology, of cloaking one’s past, that fascinates the Coens, and they quietly weave in a critique of repressed history in an early scene.

During a visit to his sister, Llewyn adamantly refuses a box of his old recordings, including an LP of his father’s favorite Gaelic tune, “Shoals of Herring,” in the name of his mystique, but it’s really the memory of his union-hero father, now an invalid, that he’s shunning. But the future isn’t an entirely interesting idea to him either, evidenced less by his hesitant contribution to a heinous anti-space travel ditty (“Please Mr. Kennedy”) than his choice to give up any claim to royalties for quick pay. The tiresome existence Llewyn finds himself living comes from being perpetually stuck in neutral, between fashions, and (both literally and figuratively) life and death.

It’s in the car from New York to Chicago, a failed attempt at moving forward as a professional musician, that Llewyn admits the memory that haunts him, but he shares the fact with two strangers: a blustering dope fiend named Roland (John Goodman) and his steely consort (Garrett Hedlund). His secret is the kind that cuts deep, but Llewyn is quite matter-of-factly about the incident. It could partially be to summon any emotion from Roland, who’s constantly yammering on about his own elaborate, adventurous past, but it’s also because he’s trying, for once, to get over his tragedies and mistakes. It doesn’t work out and he ends up exactly where we first met him, walking out the door and into a beating while the moment of luck he’s been looking for goes to a better-known mythmaker. Known to spin their own particular legends, the Coens have here crafted a wise and melancholic film centered around a moment when Llewyn realizes he doesn’t want to sing anything new, and that all that’s really left are songs written by the dead.