Quentin Tarantino is one of those directors that thoroughly divides people: You either love to hate him, or hate to love him. As an artist, this might be the best place to find yourself because no matter what you create you are guaranteed a high level of critical attention. The problem for artists lucky enough to find themselves in this predicament is that when they do create something truly wonderful, when their genius comes into full flower, the critical community lacks the vocabulary to adequately celebrate the work. Everyone resorts to talking about the work in the ways they are most comfortable. Inglourious Basterds is Quentin Tarantino’s masterpiece and my job here will be to introduce a glossary of sorts with which to discuss the director’s most important work.

I know the usual criticisms. His work is too violent. He steals from his predecessors. His films are morally suspect. Easily the most enduring and perceptive criticism of Tarantino’s work is that he makes the films that he wants to see. Lucky for us, as Tarantino edges closer to 50, his taste has matured along with his crow’s feet.

So why is Inglourious Basterds, itself a carrying case for all these criticisms, Tarantino’s masterpiece? First, because he tells us so, and if there is one thing to keep firmly in mind when discussing Quentin Tarantino, it is his extreme literalness. Lynn Hirschberg of The New York Times Style Magazine caught up with Tarantino in April of last year and asked whether there was a reason for the frenzied pace of filming. Tarantino boldly and without a hint of irony responded: “Yes. I wanted to have a masterpiece before the decade’s out.”

But more importantly than anything the director might tell us, Inglourious Basterds is Tarantino’s masterpiece because he effectively ended—or if we want to get all intellectual, deconstructed—the WWII film. Bob Clark, in a brilliant, if exhausting, review for The Aspect Ratio, wrote the following: “Tarantino has given the world a pulse-pounding WWII story that everybody but neo-Nazis wish was the truth. And now that he, and we as a culture by association, has gotten it out of his system, everybody can move on.”

It may come of a shock to those who view Tarantino as nothing more than a teenage cinephile’s wet dream that the director even had the capacity to deal with such issues. Given the niche-propagandizing of Tarantino’s last few directorial and producing efforts, I’d even grant that Tarantino’s art has progressed in fits and starts rather than in a linear fashion. He has done his part in obstructing a proper critical and popular appreciation of his work.

Inglourious Basterds is an agglomeration of everything Tarantino has learned as a filmmaker up to this point, a perfect synthesis of his penchant for mischievous violence, delectable dialogue, plot structure, his obsession with classic film scoring, and, most especially, the performances he coaxes out of his actors.

Take, for instance, Tarantino’s well-documented obsession with the feet of his female characters. From Mia Wallace’s (Uma Thurman) infamous, though unseen, foot massage at the hands of Tony Rocky Horror in Pulp Fiction, to Beatrix Kiddo’s wiggling of her big toe in Kill Bill: Vol. 1, Tarantino has always created space in order to indulge his foot fetish. In Pulp Fiction, the foot massage merely provides a story for Jules and Vincent to ruminate over. In Kill Bill: Vol. 1, Beatrix’s foot calisthenics provide the director an opportunity to explore the character’s back story.

With Inglourious Basterds, Tarantino finally locates a way to elevate his foot obsession into a significant plot device. Lost in the chaos of the shootout in the Tavern, it is Bridget’s shoe that clues Colonel Landa into to her duplicity. As soon as he slips her shoe, Cinderella-like, back onto her foot, the viewer and actors alike know the game is up. Landa has what he needs to pounce upon Bridget and strangle her to death, mere feet away from the Nazi gathering. Unlike Beatrix Kiddo’s feet, source of the Bride’s power and harbinger of her revenge, Bridget’s (Diane Kruger) foot leads not only to the unmasking of Operation Kino, but to her mortal undoing as well. Tarantino finally learned how to harness his cinematic tics.

So, not only do we have Tarantino doing what is artistically necessary in order to advance, he is also using film to advance the medium itself, to move it beyond his chosen genre’s obsessions that we, as a culture, have decided to keep returning to. He’s calling for a new kind of War cinema.

The “use of film” is an important metaphor in Inglourious Basterds. When Shoshanna burns her cinema down, she does so using her adopted collection of nitrate film stock. Is this not a stand-in for the history of film being used as a weapon of mass destruction? Of course, in this instance, the target is an appropriate one, as who wouldn’t love to see the Nazi High Command incinerated and mowed down like fish in a barrel? Tarantino wants to see it, and though this solidifies the criticism of Tarantino as entertaining himself first and the rest of us after, it remains endlessly satisfying.

The way in which he’s decided he wants to be entertained this time around is by grabbing the culture by the balls and pulling us all into the 21st century, telling us what we can and can’t have. He is very clearly saying, “Let’s move away from WWII, let’s move away from glorifying this era, we’ve done it to death, all of us. Now it is time for us to move on.” But in order to get us to move on, he had to slay it first. To that end, he filled his film with the tropes necessary to firmly establish that what we were watching was indeed a film about the war. And then he goes and turns everything on its head.

So what is familiar to us about the film? The fear and terror we feel at the plight of the Jewish family as they are machine-gunned to death by Nazi storm troopers. The sophisticated and coldly calculating SS “Jew hunter.” The heroic American band of brothers, answering the call of history not because they want to, but because they have to. The British spies and their schemes to prematurely end the war.

But then there are the fantasies. Those heroic Americans we know so well from generations of filmmaking are instead bloodthirsty Jews on a revenge mission, out to turn the Nazis’ own fear and intimidation against them. And the sophisticated German agent? Well, he’s just lying in wait for his chance to collaborate with an Allied General, to allow Hitler to be assassinated and end the war so he can have his house on Nantucket. (Reminds one of Sam Neil’s Captain Borodin from The Hunt for the Red October, who, after all, just wanted to visit Montana.) Those intellectual British spies scheming and plotting in Edwardian drawing rooms back in London turn out to be feckless agents—and peacetime film critics!—who blow their own covers.

Inglorious Basterds is one of those films that contain something for everyone. And, more so than any of the director’s previous films, warrants returning to again and again. The layers in this film are so surgically rendered, that, even having only scratched its surface, elucidating Tarantino’s achievement is as easy as presenting the facts and getting out of the way. I think the biggest shock to most people is that Tarantino ever had it in him.

And as long as I am calling the film Tarantino’s masterpiece, I may as well remind you, that if you don’t take my word for it, take Brad Pitt’s Aldo “The Apache” Rains, who in the last reel of the film is captured in a neo-Kubrickian image. Patiently kneeling over Colonel Hans Landa’s newly swastika-emblazoned forehead, Aldo says nothing other than, indeed, “This just might be my masterpiece.” 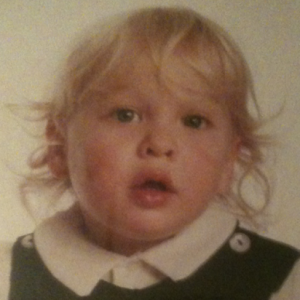 Zachary Adam Cohen is a poet and creative director.

A Movie a Day, Day 33: Michael Camerini and Shari Robertson’s Mountains and Clouds