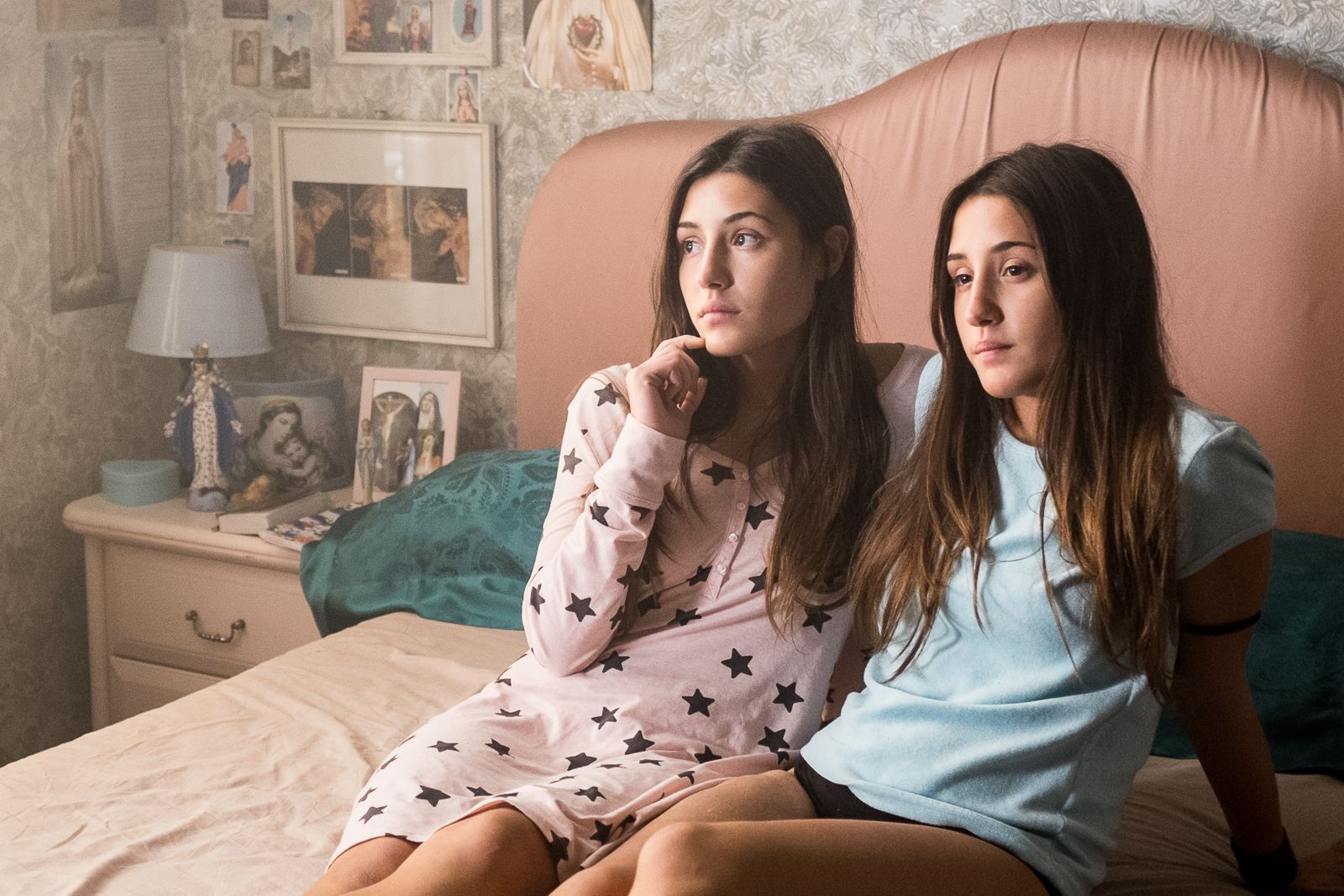 Photo: Cinema Made in Italy

Edoardo de Angelis’s Indivisible opens with an extensive tracking shot that follows several teenagers leaving a rundown beach in Naples, Italy just before sunrise. The camera then weaves its way through the window of a nearby house and settles on Daisy (Angela Fontana) and Viola (Marianna Fontana), 18-year-old conjoined twins who were clearly not invited to the party. While Daisy masturbates, her sister lies asleep and lightly giggles. Upon waking up, Viola begins praying, explaining that she had a strange dream that left her feeling as if she had somehow sinned and needs to atone. In this concise two-minute prologue, de Angelis efficiently lays the groundwork for the girls’ isolation and burgeoning sexuality as well as the profound extent of not just their biological ties, but their uniquely ineffable metaphysical connection.

Daisy and Viola’s callous parents, Peppe (Massimiliano Rossi) and Titti (Antonia Truppo), exacerbate their daughters’ psychological struggles by hiring them out to sing at local weddings and communions, effectively making them the family’s lone breadwinners. But as beautifully as Daisy and Viola can sing, it’s their disability that draws most people to employ their services. Many of the people in their small seaside town still hold tight to age-old superstitions and believe it’s good luck to rub the skin where the twins are joined. It’s a physical affront to which the girls regularly, and begrudgingly, must submit themselves and which has forced them to navigate the turbulent waters between performance and exploitation from a very young age.

While Daisy and Viola are at first quite similar in their happy-go-lucky acceptance of the hand fate dealt them, once a doctor at one of their performances tells them a separation actually is possible, the girls begin to confront their potential fates in different ways. While Daisy dreams of going through the separation procedure so she can travel the world and make love, Viola thinks only of tagging along with her. And when Viola worryingly mentions the huge scar the procedure would leave behind, Daisy declares proudly that she’d cover it with a tattoo—at which point Viola meekly suggests that they should tattoo one another. Even in the sisters’ most contentious and divisive moments, their love for one another is unmistakable; the subtlest of glances and gestures quietly communicate that they each understand the other’s desires and fears with regard to literally cutting themselves apart.

De Angelis’s coming-of-age portrait is poignant when fixated on the intricacies of a complicated sisterhood, but the film becomes clumsy whenever it expands its scope to focus on the story’s crudely drawn secondary characters. From Peppe and his gambling addiction and dysfunctional relationship with Titti, to the surly local priest who refuses to help the sisters get the money for their surgery, everyone around the girls is uniformly shallow and self-absorbed—part of an exploitative small-town groupthink that refuses to treat Daisy and Viola as autonomous, intelligent individuals.

But when Indivisible is focused on Daisy and Viola’s unique means of communicating with one another, it’s a finely calculated work of portraiture depicting the extraordinary emotional strength it takes for these girls to cope with the ceaseless cycle of being alienated from their peers while being venerated for their abnormality. De Angelis accepts that the world would define Daisy and Viola by their literal connection but gives them the capacity to achieve self-actualization on their own terms and transcend, for better or worse, the limitations that nature and society have placed on them.