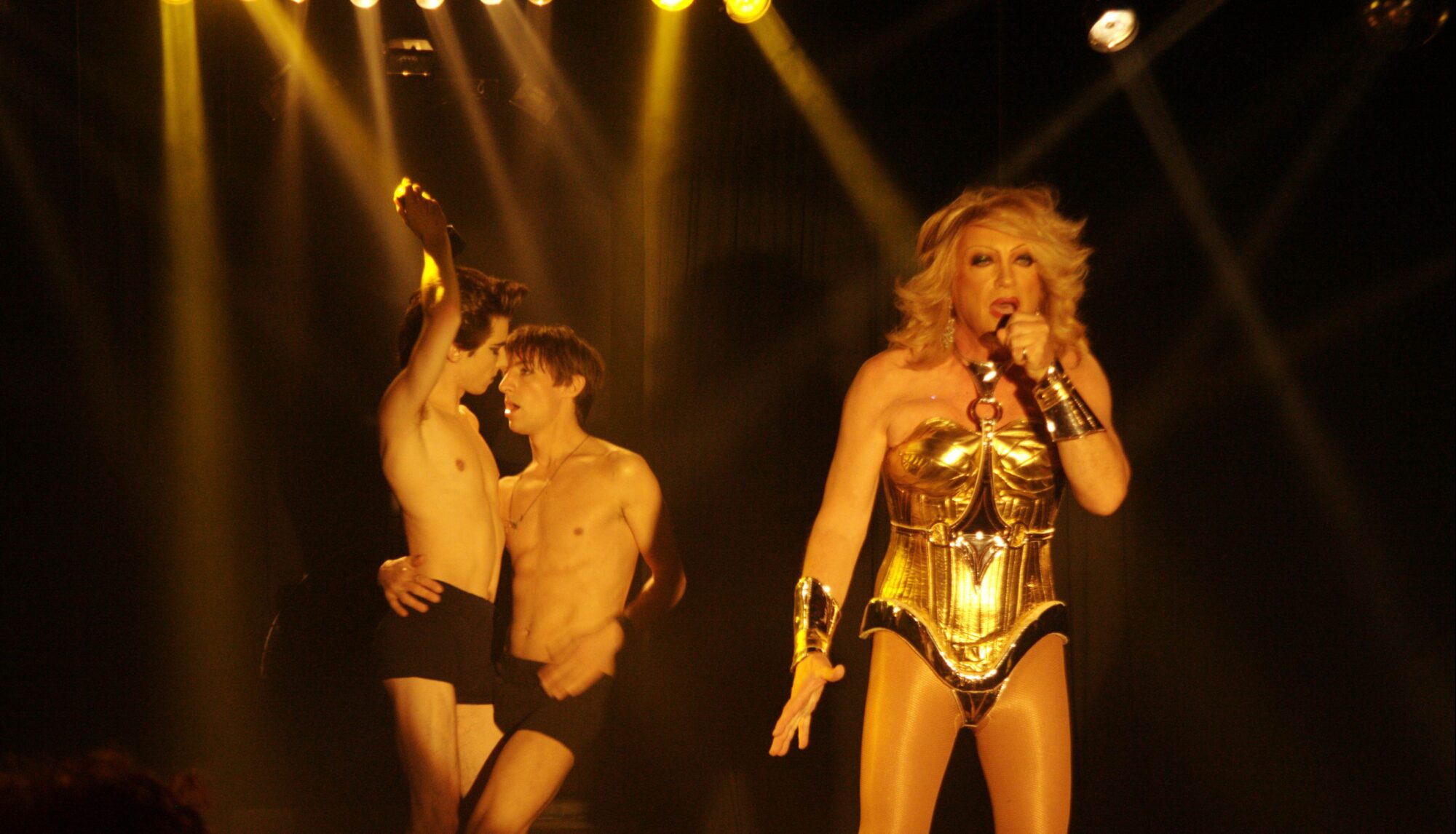 Heteros get their Crazy, Stupid, Love. this weekend, and I guess gay New Yorkers, fresh off their immensely satisfying we-have-arrived nuptials, get their own Crazy, Stupid, Tragedy. as counterprogramming. But both movies are clear bait-and-switch acts: Whereas the Hollywood romantic comedy finds the beating heart within layers of cliché and emerges as one of the more surprisingly humanistic entertainments in recent memory, House of Boys uses its own set of clichés (namely, the confusion and terror of the first years of the AIDS epidemic) like Udo Kier, as the titular go-go boy emporium madame, uses lip gloss: to hide behind.

Set in 1984 and scored to an appropriately chilly New Wave soundtrack, House of Boys charts an almost Dickensian coming of age for its impulsive blond hero, Frank (Layke Anderson), who begins the film as a punkish schoolhouse slut, happily taking it up the ass from any jock willing to test out the “any port in a storm” principle. One request from his uptight father to perhaps think about removing the bumper stickers that advertise to the whole neighborhood that he likes cock, and Frank is packing his bags and storming off to wherever the winds of fate take him…it’s just that every night, the winds just happen to be pointed in the direction of the nearest gay bar. And then his free ride high-tails it and he’s left out in the rain until he ducks into the House of Boys and, enticed by the bare pecs and easy sex, he makes himself at home en route to a new career as a candy-coated, gyrating dreamsicle. (Call me crazy-stupid, but locker-room anal sex aside, didn’t Christina Aguilera just enact this scenario last fall in Burlesque?)

This twink David Copperfield’s transition into adulthood isn’t just overly accelerated; it’s frustratingly instantaneous. All it takes to bring him beyond adolescence is the arrival of the straight boy he can’t have and the “gay cancer” his romantic conquest “ironically” (his words, not mine) comes down with. Wouldn’t all of us do exactly the same in the same situation? Director Jean-Claude Schlim (who co-wrote the script with Christian Thiry) apparently doesn’t think so, since the first half’s guiltless sexuality—despite some nice, wish-fulfilling character sketches—seems unintentionally and queasily “validated” by the events that follow; not a good look for a movie that ends with a sermon. At least Campbell Scott’s character in Longtime Companion got to muse that he’d get to have sex with his lover again in heaven, a statement that forcefully intertwined danger and love in the time of Kaposi’s sarcoma. Here, the tragedy of AIDS is exploited for the sake of dramatic irony.

Review: Golf in the Kingdom