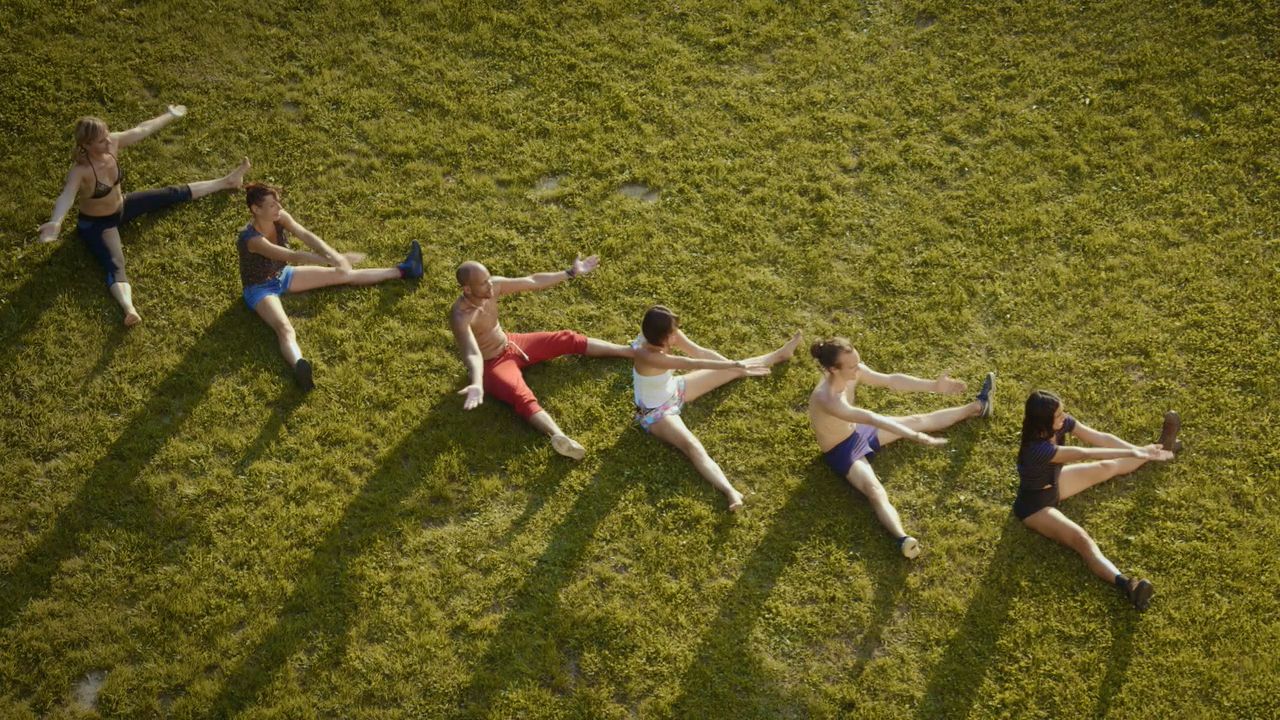 New-agey folks gather for a retreat at a hotel in Kaori Kinoshita and Alain Della Negra’s documentary-fiction hybrid Happiness Academy. Among these “super consciousness” enthusiasts are at least one real-life actress (Laure Calamy, who plays Lily) and one singer (Arnaud Fleurent-Didier, who plays Arnaud), both of whom work as conceptual moles aimed to extract a dramatic story from the setup. What initially promises to be a fly-on-the-wall look at the events staged by the Raelian Church to coach candidates on how to live better lives soon gives way to a love triangle of sorts, as Lily and Dominique (Michèle Gurtner) fight for Arnaud’s erotic energy—and his body.

It would have been easy for the filmmakers to mock the absurdities of a self-help retreat organized by a religious sect claiming to bridge the knowledge gap between extraterrestrials and humans. Instead of dwelling on pool parties and TED-talk-esque psychobabble about generating a feeling of “immense love” inside ourselves, Kinoshita and Negra use those elements as background for Lily and Dominique’s restrained wooing of the aloof Arnaud. But there’s nothing new or particularly appealing about yet another fabricated storyline about women out to find romantic love and failing miserably because they seem to have too much baggage. A better alternative would have been for the film to blend its calculated narrative into the documentary realism more smoothly to the point where we weren’t quite sure who was acting and who was simply emoting without giving credence to a recognizable plot.

Happiness Academy’s most memorable moments are precisely the ones where the situations feel scripted by the retreat, not by the filmmakers. There’s more than enough drama when the camera just observes, for instance, a workshop session of what we could perhaps call “masturbatory yoga,” where participants close their eyes, relax, and meditate while pressing their genitals. The film is also at its most curious when it explores its environment while keeping character dialogue to a minimum, as in a cross-dressing dance party where everyone is asked to “stay in their role” until the following morning, and in a scene when Lily is told the meaning behind the plastic bracelets everyone seems to be wearing; different colors signify their intent to get intimate with lots and lots of partners or to remain celibate. The love-affair storyline keeps interrupting this documentary ethos, however, as if real life at the retreat alone were somehow lacking in entertainment value.