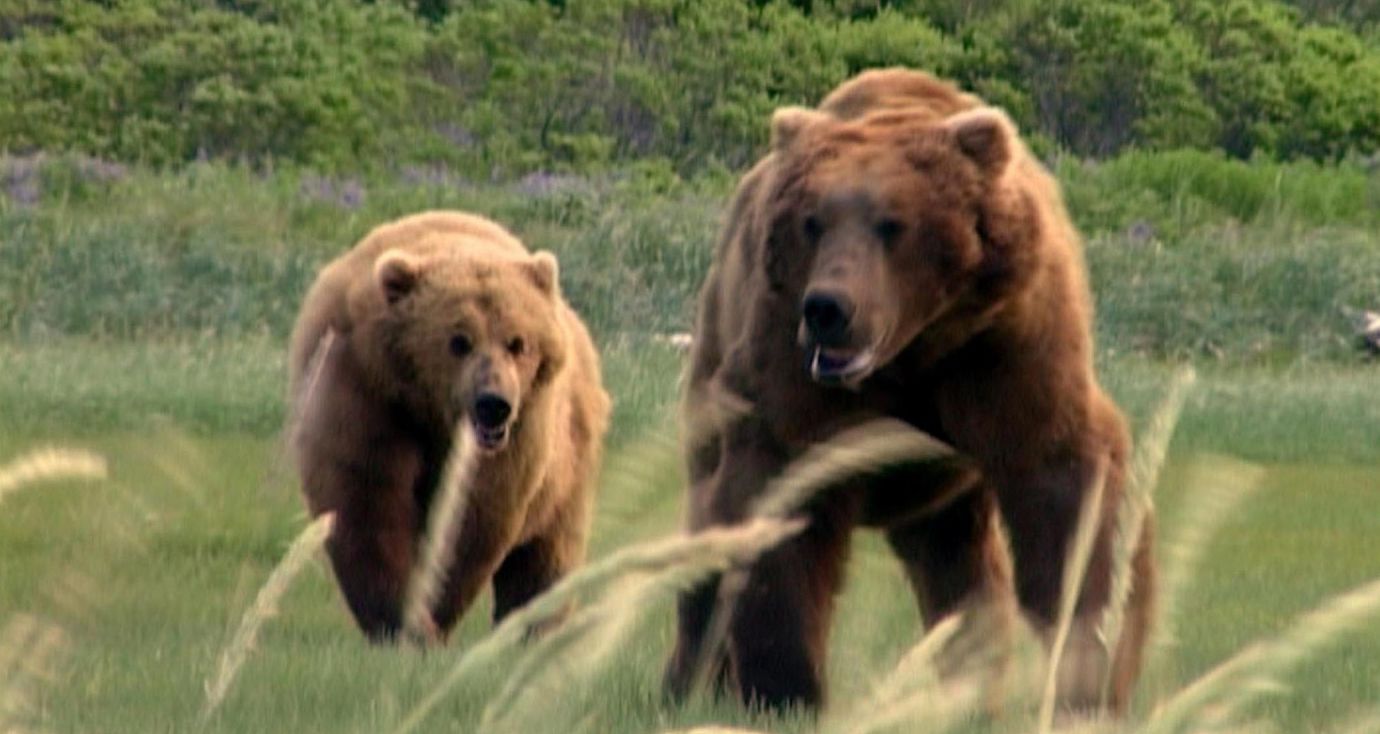 “Everything about them is perfect,” Timothy Treadwell once said about the grizzly bears he loved and lived with on the Alaskan Peninsula for 13 summers. Among their perfections, however, was their flawless aptitude for killing, and Treadwell, a zealous, slightly deranged grizzly bear advocate who risked life and limb to “protect” his furry friends, eventually was eaten, along with girlfriend Amie Huguenard, by one in October 2003. A shocking, moving, and beguilingly bizarre portrait of one man’s affection for, and bond with, his animal kingdom brethren, Treadwell’s tragic and foolish life story is the focal point of Werner Herzog’s stunning new documentary Grizzly Man. And in the heartbreaking and appalling tale of Treadwell, the prolific director (who has two other films, Wheel of Time and The White Diamond, currently out in release) finds a near-perfect encapsulation of his career-long obsession with investigating man’s thorny, inextricable relationship with nature.

Produced after his subject’s death, Herzog’s film is largely composed of selected scenes from the 100+ hours of video footage the recklessly adventurous Treadwell shot while out living (mainly by himself) in the bear and fox-infested wilderness. In these clips, Treadwell becomes a Fitzcarraldo-like figure of inscrutable fascination, his hyperactive fondness for the bears not only earnest and effusive, but also disturbed and irrational. “They’re not that different from us, really,” he mind-bogglingly asserts at one point (while anthropomorphizing the beasts with infantile names such as “Mr. Chocolate”), a contention Herzog (himself a daring explorer) contradicts with close-ups of the bears’ eyes that the director correctly says exhibit only “the overwhelming indifference of nature.” As many note, Treadwell’s dedication to caring for grizzlies masked a not-so-subtle desire to actually become one, a spiritual and behavioral transmutation in which Treadwell would be able to enjoy the “simple” life of an animal. Yet primarily, the portrait that emerges is that of an unhinged man who—desperate for a calling, and eager to escape his alcoholic past and the “real world” that brought him personal and professional disappointment—retreated into a self-created fictional world in which he played (for his ever-watchful cameras) the heroic part of Prince Valiant combating unspecified villains intent on hurting the animals and their habitats.

Performance is rife throughout Grizzly Man, seen in Treadwell’s compulsive penchant for shooting multiple takes of ordinary on-location scenes, his narcissistic grooming of his shaggy blond surfer locks, his paranoid and profane tirades against former Parks Department employees, and the theatrical recitation of memorized lines delivered by the creepy medical examiner who tended to the deceased Treadwell and a helicopter pilot charged with shuttling cops to the crime scene (who compassionately dubs the fallen activist “mentally retarded or something”). As is his wont, Herzog’s alternately touching and silly narration spells out his film’s major themes with didactic bluntness, and the director’s sole screen appearance during a scene in which he listens to the audio tape of Treadwell and Huguenard’s death cries is both deeply moving (he advises a former Treadwell girlfriend/business partner to destroy the recording lest it become “the white elephant in your room all of your life”) and—because we never hear the tape—somewhat teasing. Yet via his lyrical pastiche of Treadwell’s home movies—only faintly sullied by an overly romantic final shot—Herzog gracefully and astutely captures the “primordial kinship” of man and nature, a bond that the delusional Treadwell refused to admit (despite his constant, facetious comments about his work’s risks) also involves the ever-present specter of death.