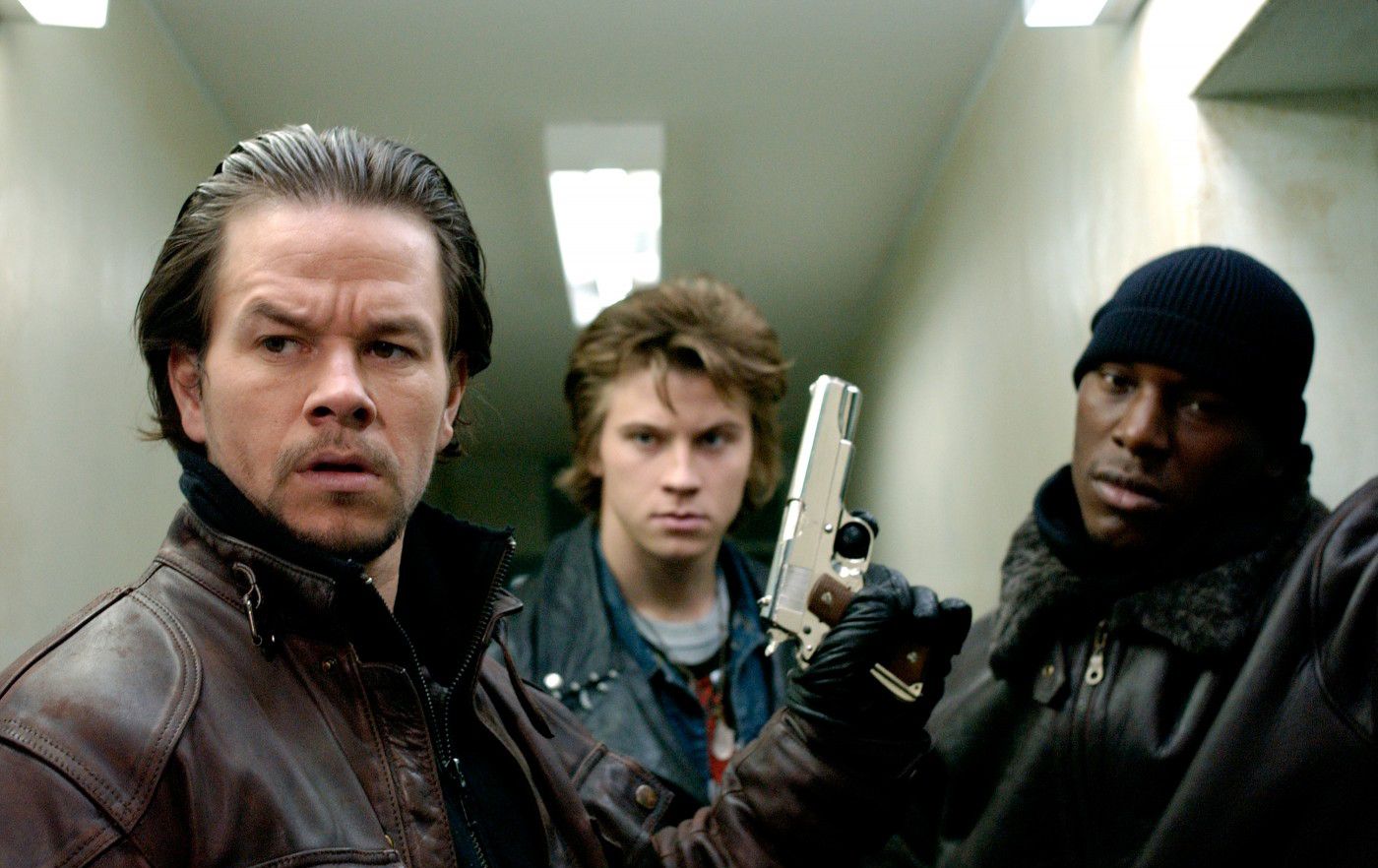 The setup for John Singleton’s latest urban drama is pure western-movie lore. Four delinquent brothers of different races, raised by the same saintly, tough-as-nails matron (Fionnula Flanagan), converge on their Detroit slum one Thanksgiving weekend to find Mom’s killer. “I ain’t come back for no funeral,” says Bobby Mercer (Mark Wahlberg), brandishing his frontier justice like a loaded shotgun. It’s such a juicy cinematic scenario, full of the atavistic signifiers of Kurosawa and Ford, and the violent heat of an Eastwood vigilante flick. Granted, Singleton pushes the material in a much more frivolous direction, operating in 2 Fast 2 Furious mode, but the ride is so much fun, and the vintage Motown music so insistent, that it’s hard to quibble over the hole in the movie’s center. Why would somebody want Mom dead? None of the emotionally-scarred brothers are sold on the random-gang-violence explanation, and each sets out to explore all possibilities, unafraid to leave dead bodies scattered in their wake. Bobby is the trash-talking ringleader, Angel (Tyrese Gibson) is the Casanova, Jeremiah (OutKast’s Andre Benjamin) is the seemingly buttoned-up family man, and Jack (Garrett Hedlund) is the youngest, a minor rock star and the butt of constant homophobic slurs. The whodunit plot isn’t terribly interesting, but the bit players relish their screen time. Chiwetel Ejiofor smolders, cast against type as a sadistic gang lord, and the newly ubiquitous Terrence Howard steals his scenes as a police lieutenant. This is a crackerjack B movie, with all the insanity that implies. Wahlberg orchestrates a snow-bound car chase that’s far too destructive to justify any logic, and he has no qualms about shooting a potential witness while he rappels off an apartment building. (Fittingly, no one in the high-rise bats an eye.) As on the surface of Peckinpah westerns, women just get in the way and fuck shit up, but who wants to keep tabs on misogyny when there’s a fevered urban stakeout taking place? Four Brothers is predictably full of a-ha moments, none more chilling than Wahlberg suddenly appearing on the horizon of a snowscape, ready to mercilessly complete his vengeance. It might be time to finally dismiss the Boyz n’ the Hood-inspired idea of Singleton as an important filmmaker willing to tackle the harsh realities of urban life, for he seems well within his comfort zone with entertainment like Four Brothers.

Review: A State of Mind