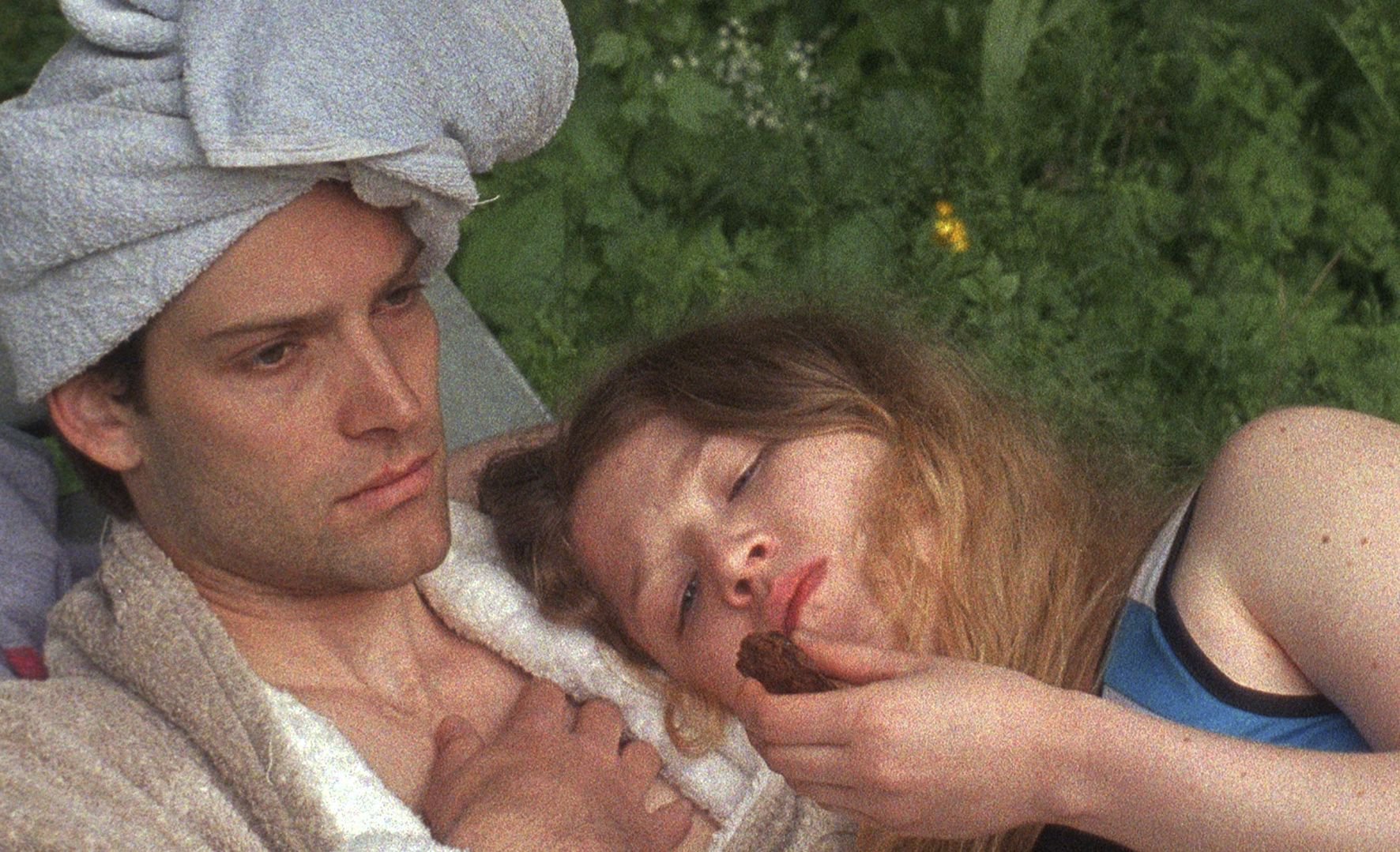 Benjamin Crotty’s Fort Buchanan at first seems classifiable as a certain type of small, conversationally inclined film. Initially structured around the domestic inner workings of an army base, focusing on the lives of several severed family units, it appears to be heading into minimalist exposé mode, examining the entwined sexual peccadilloes of all these forsaken spouses. But like many savvy modern micro-budgets, Crotty’s slim film instead exploits the familiarity of its setup to emphasize its disinterest in sticking to formulas, considering recognizable plotlines before tossing them aside, moving through a dreamlike mist at the nexus between military and civilian life. Awash in textural richness, the film is less about the reality of this situation than its ambiance, an atmosphere of desire—whether quashed, fulfilled, or neglected—bubbling up in strange and unexpected ways, all conveyed in fuzzily tactile 16mm.

Befitting the lack of interest in everyday detail, the titular fort is established by a single sign and then left as a vaguely defined space, a sylvan retreat that seems to have already melted back into the forest, resembling a summer camp more than anything else. Here the spouses, most of them female, play out a queer-oriented roundelay of sexual gamesmanship, pressuring the naïve Roger (Andy Gillet), stubbornly faithful to his Djibouti-stationed husband, Frank (David Baiot), to join their club. A similar pressure is exerted upon the local fitness instructor/mysterious woodsman (Guillaume Palin), with the general uptick in sexual energy apparently timed to the sexual awakening of Roger and Frank’s adopted daughter, Roxy (Iliana Zabeth), who gets casually inducted into the coven of part-time lesbians.

This is the film’s spring passage, the blossoming idyll that will be followed by three similarly seasonal-themed episodes. The next is a balmy summer retreat to Djibouti, where in a move that confirms the total abandonment of realism in favor of hazy sensual weirdness, the rest of the characters tag along, lounging in a sort of sun-baked rear-guard seraglio. This section cements what Fort Buchanan is really up to: In lieu of any overt narrative progression, it insistently focuses on ritual and movement, the way ideas and feelings flit impassibly among inter-connected groups. In Djibouti, Roger cuts his hair, is rejected by Frank, and gives in to despair—and with that all, the apparent central tension of the film collapses with a whimper.

This through line is replaced in the next two short chapters by different narrative concerns, which match the previous in tone, if not subject, with the general downward progression following the descending tenor of the seasons. The sudden transfer to episodic capsule sketches and the late-film introduction of new characters may feel jarring, but it’s a logical outcome of where Fort Buchanan has been moving; it’s a gradual passage from straightforward documentation toward the realm of sensory abstraction.

From beginning to end, Crotty backs up his ideas with a healthy foundation of humor and a sensual evocation of his natural setting, setting up rich tableaux which juggle pain, comedy, and beauty in equal proportions, as in the sight of a morose Roger slicing salami in full figure-skater regalia, or the simple aural textures of birdsong and swaying leaves. The result is half theater of the absurd and half aching sensual reminiscence—a film which never settles into any identifiable rhythm, content to drift free-associatively through a tangle of linked relationships, considering the intricacies of group mechanics via an expressive free-form structure.

Review: The Creation of Meaning