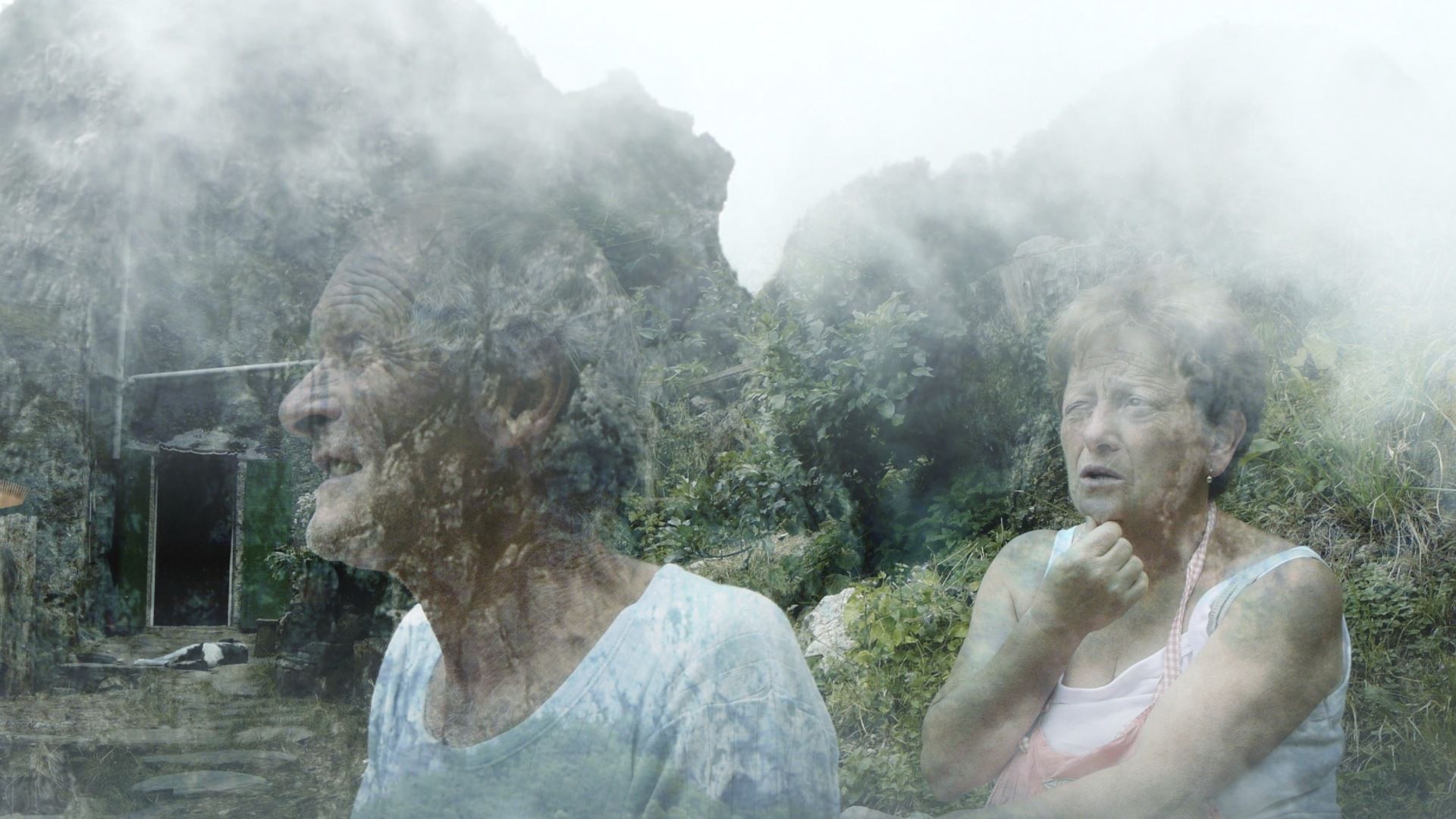 At first glance, The Creation of Meaning’s title seems unapologetically, unambiguously direct with regard to the film’s spectatorial challenge. The film starts by offering a series of disparate stimuli: talk of Italian-German conflict during World War II, a group of young students, a mountainous Tuscan landscape clouded in fog, a solitary farmer trudging through thick brush, a shot of a beetle toppling itself over. These discrete components of image and sound exist somewhat autonomously in the context of a languorous visual style where takes can run as long as 15 minutes, which frustrates an impulse to make dialectical associations within the montage.

Though he eventually lands on something of a narrative focus with the quotidian toil of elderly shepherd Pacifico, writer-director Simone Rapisarda Casanova never fully departs from this Rubik’s Cube-like construction, wherein the viewer must actively grasp around for connective tissue while also considering how that thought process reflects the route to historical epiphany required of its main subject.

One of the film’s most salient through lines is its ongoing dialogue—in conversations, radio broadcasts, and tourist activity—of Italy’s political past and present. Pacifico lives beside the Gothic Line, a threshold in the Tuscan Alps where retreating Germans killed hundreds of civilians at the close of WWII. Born just after the war’s resolution, he knows this history well, if not directly, and still keeps up on the state of Berlusconi’s contemporary Italy, making him an ideal human vessel for the film’s conceptual aim of overlapping these periods in space and time.

During one key scene, Pacifico tends to business around his underlit cottage (a shadowy space suggesting an ancient cave) while we hear an enraged activist ranting on a radio show. In such instances, Casanova is juxtaposing the weight of history alongside the urgent present moment outside this pastoral retreat, and it’s clear to note the encroaching obsolescence of Pacifico’s agrarian way of life, shaded on one side by bloody tragedies and on the other by equally harsh economic realities.

The Creation of Meaning is composed in large part of lengthy conversations with unidentified guests to Pacifico’s wooded refuge—some seemingly visitors from civilized areas, others perhaps neighboring farmers. One man dwells on the rising suicide rate in Italy in response to housing and vocational pressures, while another—a German expatriate—contemplates the passivity of the people in the face of a corrupt government. There’s even a curious detour involving a group of men reenacting battle for a faux-8mm SFX-heavy short styled like a throwback platoon film (first shown as behind-the-scenes footage in Casanova’s static documentary images, then briefly served up in completed form). The most overtly symbolic of these interactions features Pacifico and a fellow peasant pondering a distant point of interest off screen, which culminates in the realization that “anyone can see what they want.”

In the heady and lyrical The Creation of Meaning, we’re implicated in that comment, as the film views the meaning-making process as malleable and dependent on perspective. At the same time, despite this fluidity of analysis, there’s one absolute: the importance of an active engagement with the past in reckoning how to clean up the present and future.