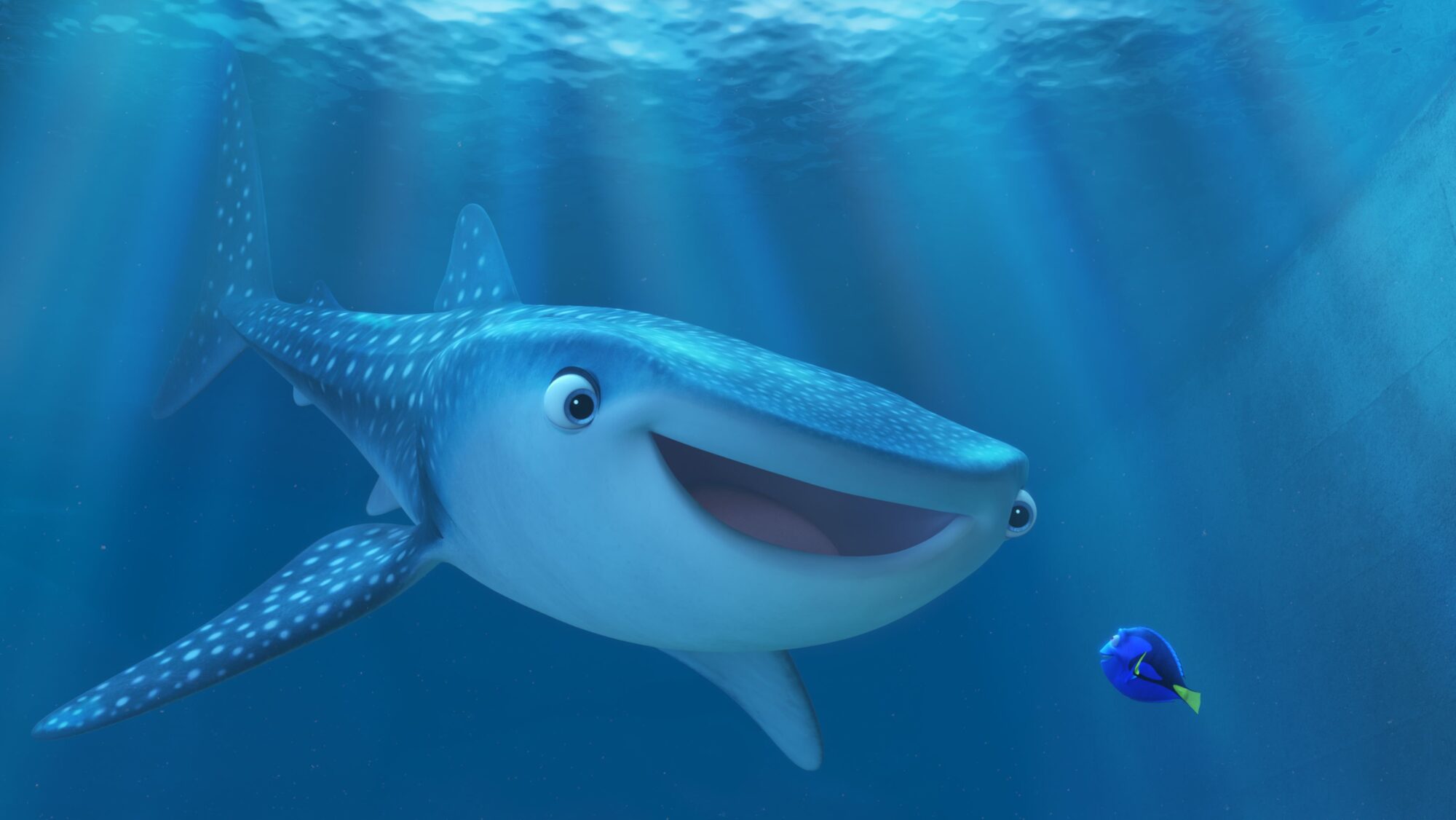 Reckoning with emotional trauma has been a metaphor for growing up in nearly every Pixar film, but Finding Dory adds a new wrinkle to the formula. In the lengthy flashback that begins Andrew Stanton’s sequel, Dory is a toddler (voiced by Sloane Murray), and her parents (Eugene Levy and Diane Keaton) teach her techniques to handle her short-term memory loss. Their brain-training exercises are cheerful and encouraging, but Dory knows enough to realize these games can’t cure her disability. “What if I forget you?” she says to her parents with huge, pleading eyes. “What if you forget me?” Soon after, young Dory finds herself in the greenish murk of a kelp forest, aware that she’s lost, but unable to find a path home.

The blue tang’s illness and her lost childhood, spent aimlessly navigating the sea until she catches up with the clownfish Marlin (Albert Brooks) and the plot of Finding Nemo, cast a plaintive shadow over the first act of this film. A year after the events of the original, Dory (now, again, voiced by Ellen DeGeneres) lives harmoniously with Marlin and Nemo (Hayden Rolence), but Stanton sets up a necessary distinction between Dory’s chipper oblivion and her adoptive family’s daily struggles to keep her within eyesight. Finding Dory’s plot kicks into accelerated motion after a few jolts of memory reawaken Dory to the family she’s unwittingly left behind, and she persuades an eager Nemo and a reluctant Marlin to help her find her true home.

Partly due to its heady, somewhat devastating invocations of Dory’s distress, Finding Dory takes time to develop its comedic rhythm. Many of the original’s supporting characters reappear in a series of busy, lackluster callbacks, but a new school of secondary players add fresh life to another formulaic journey home. The bulk of this film is set in and around the fictional Marine Life Institute, a benevolent but tourist-friendly California organization devoted to the “Rescue, Rehabilitation, and Release” of sea creatures, and it’s populated by a mix of stubborn and wounded animals: a couple of Cockney sea lions (Idris Elba and Dominic West) content to sunbathe on a rock for eternity; Destiny (Kaitlin Olson), a near-sighted whale shark; Bailey (Ty Burrell), a beluga convinced he’s lost his powers of echolocation; and Hank (Ed O’Neill), an octopus who’s missing a leg, but can camouflage well enough to guide Dory through a litany of impossible situations.

Unlike the Toy Story franchise, which, with its series of increasingly miraculous sequels, has seemed to define the stages of adolescence, Finding Dory follows its predecessor in being broadly concerned with comforting notions of home and family. The stakes are overly familiar and the outcome is never in question, but Stanton and co-writers Victoria Strouse and Bob Peterson use their ensemble cast to new ends. As with every Pixar film, it takes a village to usher its protagonist home, but Finding Dory also depicts that blue tang’s guileless empathy in action. Nearly every minor character overcomes a finely shaded doubt or hang-up, discovering strength in themselves as they help Dory recover her confidence.

The effects of Dory’s contagious fellow-feeling, again exquisitely embodied by DeGeneres, help to assuage nagging concerns over Finding Dory’s lack of conceptual originality and its increasingly preposterous caper antics. (Too many of its set pieces are marginally enhanced updates of similar scenes from Finding Nemo.) So does the seriousness with which the film treats Dory’s short-term memory loss. Each of the film’s flashbacks begin the same way, moving in a 180-degree whip-pan away from Dory to her younger self. These scenes provide the mental bread crumbs—or, in the film’s underwater vision, sea shells—that she needs to find her way home, but they never fail to give the audience a vivid sense of her everyday predicament.

The series’s iconic “drop-off,” where familiar comforts give way to the ocean’s great unknown, is a precipice Dory faces at literally every dart in a new direction, and Stanton uses POV shots and arhythmic edits to illustrate her ailment in ways that are both thrilling and quietly tragic. In the face of her enduring struggles, Finding Dory’s emotional triumph is appropriately modest: Even if you lose your way, you never have to lose your self.