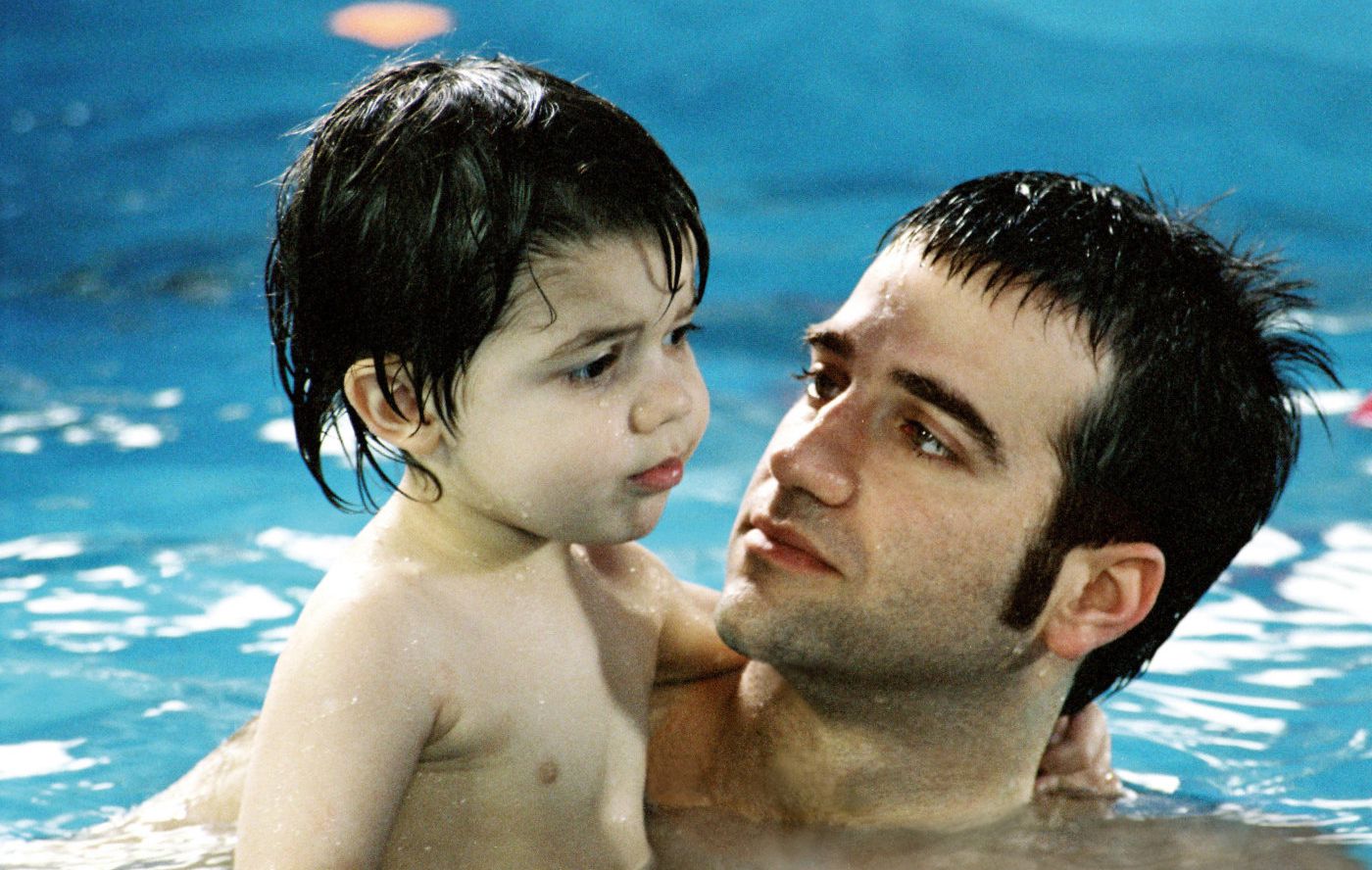 When Daniel Burman’s Lost Embrace opened last year, critics applauded the film as they would have the unveiling of a new diorama at the Museum of Natural History. The self-absorbed story of a young Latin Jew coping with immigrant dreams, personal and national disillusionment, and sexual frustration, this desiccated comedy furthered the unacceptable bourgieness of so much Argentinean cinema. Family Law, the third and final part in Burman’s trilogy about fatherhood, is marginally better, acknowledging through the opening voiceover of its main character, lawyer Ariel Perelman (Daniel Hendler), the unease of seeing people outside of their natural habitat. (The omniscient Ariel, who is usually addressed by his surname, observes his father in the opening stretch of the film as the older man goes about his day, chatting up his secretary, drinking coffee, and brokering deals.) Burman is perhaps being self-reflexive, as Family Law’s social context is not so crucial to this story of sons and their difficult relationships with their fathers. He makes lovely use of ellipses throughout, speeding the story along without sacrificing character nuance, and though his vision veers dangerously close to the apathetic, his actors bring heart to a film that blares with fine details. Most fine is a lovely scene where Ariel stares at his young son with a mixture of confusion and dread in response to an article stating that parents take better care of their attractive children. This moment is a subtle expression of Ariel’s desperate desire to connect with his child without the complications of his own relationship to his father—ideas that might have been conveyed using a thousand unnecessary words in the director’s earlier film.