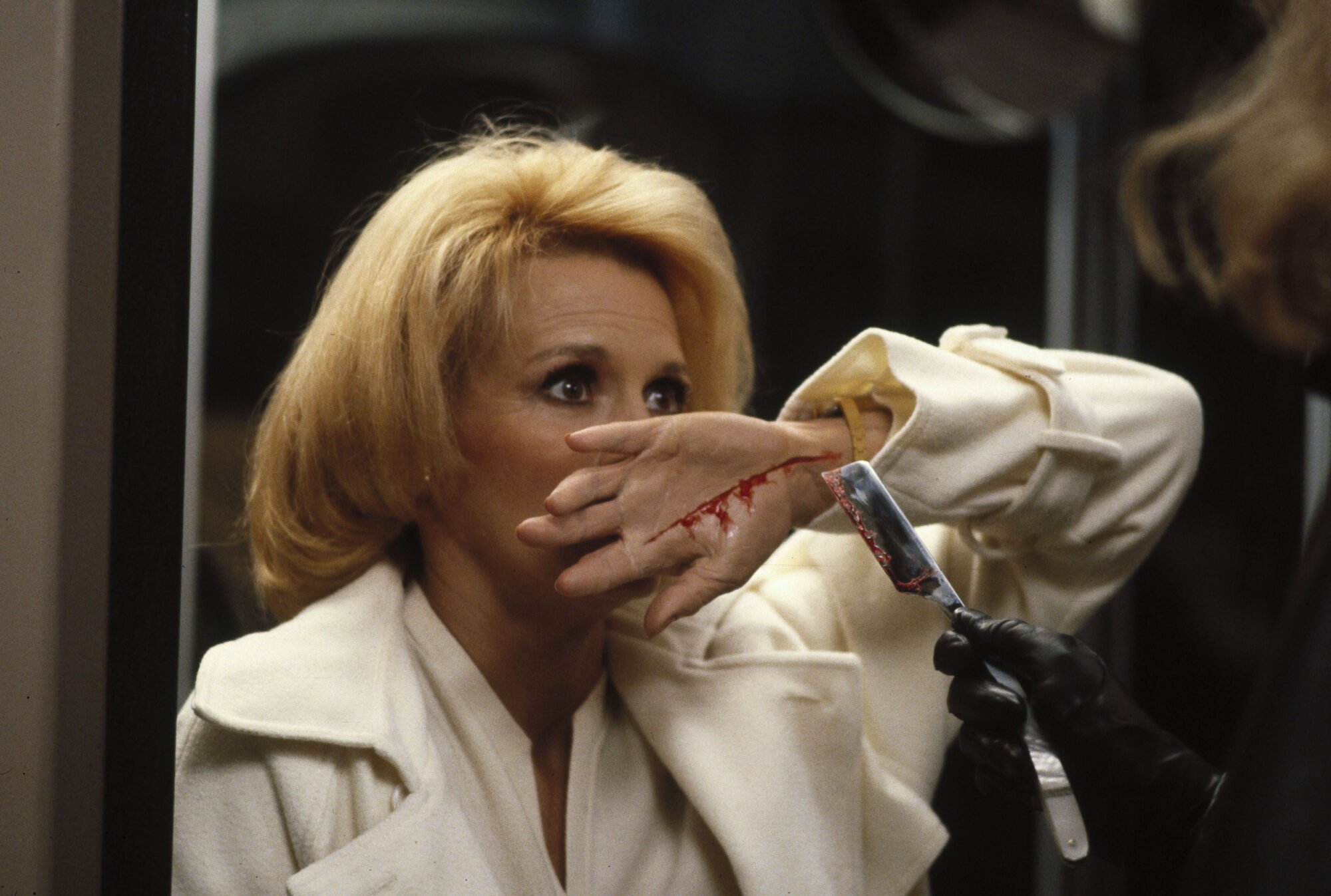 It isn’t only because one of the first shots of (the unrated director’s cut of) Dressed to Kill is of Angie Dickenson’s body double lathering her cooch that the spirit of Pauline Kael is resurrected whenever anyone wants to score a few cheap points at the expense of Brian De Palma’s reputation. It’s also because she was one of the only contemporary critics who accurately described what wavelengths De Palma’s movies were working on. For instance, she was one of the few who actually used the term “comedy” to describe the obviously riotous Dressed to Kill, which anyone who really listens closely to that maid’s scream after the film’s centerpiece elevator scene could tell you is a truism. Dressed to Kill is the quintessential New York erotic horror-comedy of the grindhouse heyday; the film’s luxurious, almost eerily plastique elegance just barely disguises its unapologetic presentation of fetish iconography.

No, what we have here is the work of a director who saw the charred aftermath of the sexual revolution’s late-‘70s bust and thought, “I should cast my wife as a hooker again. A real Park Avenue whore.” Who, instead of taking a gritty, hard-on look at the twisted bi-curious ground shared by Ms. 45, Bob Fosse’s All That Jazz, and Walter Hill’s The Warriors, inflates paperback pulp psychology into something like a plot, all the better to demonstrate that filmmaking is an inherently visual storytelling. Who is justifiably confident enough in his craft that he can limit himself to two schools of dialogue: soap-opera exposition and silence. Who, to paraphrase Kael, could turn a seamy museum pick-up into an accelerated, 10-minute Dangerous Liaisons. The pleasures of Dressed to Kill flat out do not translate to print, but for what it’s worth, it’s the most perfectly-directed film ever, provided that you, like me, bust into orgasmic laughter when De Palma’s double-shuffling editing makes it seem like the only threat Nancy Allen and a wooden cop can see boarding the subway is a 250-pound bag lady.