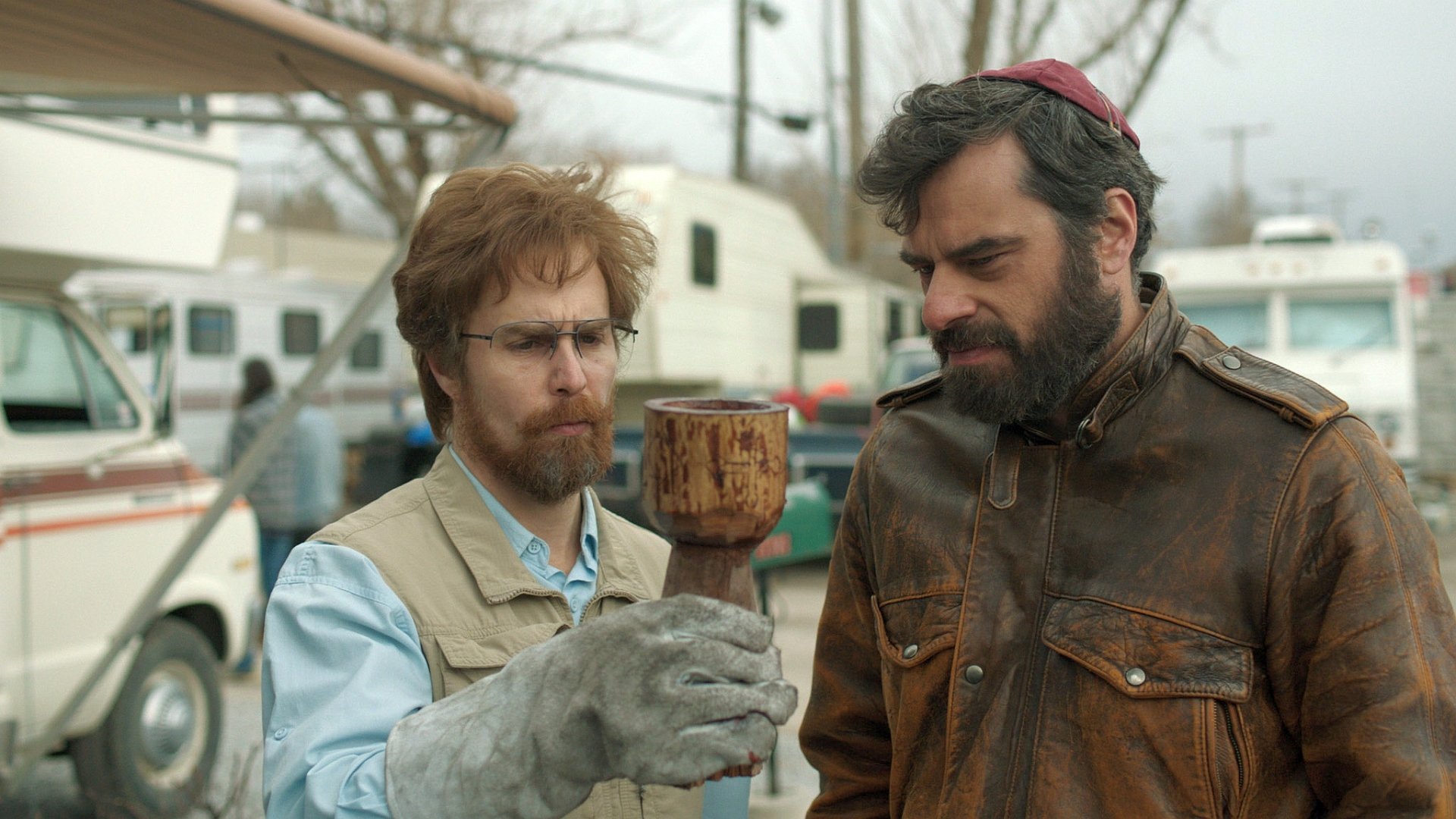 Knowing that director Jared Hess and his wife and collaborator, Jerusha, are Mormons, one might assume—maybe hope—that their new theological farce, Don Verdean, would buck the anti-religious bent of most Hollywood films about faith and organized religion. In the film, the titular bibilical archaeologist (Sam Rockwell) is commissioned by a desperate pastor, Tony Lazarus (Danny McBride), to find physical evidence of certain bibilical tales in order to help bolster the faith of his followers. The seeds, then, are planted for a potentially fruitful satirical dialogue between science and religion—the need for proof put in direct conflict with religion’s required leap of faith.

But the Hesses are the creators of that improbably successful 2004 quirk-fest Napoleon Dynamite, and if Don Verdean is any indication, they remain committed to clotting up the screen with ostensibly charming “eccentricity.” Perhaps they simply couldn’t help themselves, then, when it comes to poking fun at some of the higher religious figures in the film—not only Tony Lazarus, who at one point mis-defines protozoa as “sea monkeys” while trying to make a point about religious belief, but his rival, Pastor Fontaine (Will Forte), introduced as a “former Satanist turned Christian” and who’s attracting more followers than Lazarus is these days. Fontaine’s sermon about the evils of certain breakfast cereals—like Grape Nuts, “because ‘nuts’ means ‘testicles’,” he helpfully explains—might have been hilarious if it didn’t dishearteningly suggest business as usual when it comes to the treatment of religious authorities as self-righteous, committed-to-their-idiocy hucksters.

The treatment of both its main character and his faithful assistant and conscience, Carol (Amy Ryan), somewhat offsets the snark. And in the film’s own dramatic terms, Don Verdean, despite serious doubts about the veracity of his discoveries, is intended as a well-meaning person who’s led astray into a pit of sin and temptation by both a desperate commitment to a larger faith-based cause and a self-interested Mephistophelean Israeli named Boaz (Jemaine Clement). But with Rockwell sporting a bushy beard and spouting his lines in an exaggerated Southern accent, it might be difficult for viewers to grasp his supposed goodness underneath the loud surface oddities.

Only Ryan manages to radiate anything resembling authentic humanity in Don Verdean. There’s genuine poignancy in Carol’s barely veiled devotion to her boss, genuine regret at the fact that her son remains in prison on drug-possession charges, genuine anger at being essentially pimped out to Boaz for a romantic evening at one point so Don can appease him. The actress’s soulful efforts, however, are hardly enough to transcend the easy satirical shots, sophomoric bathroom humor, and terminal whimsy that sink what ought to have been an incisive religious comic parable.