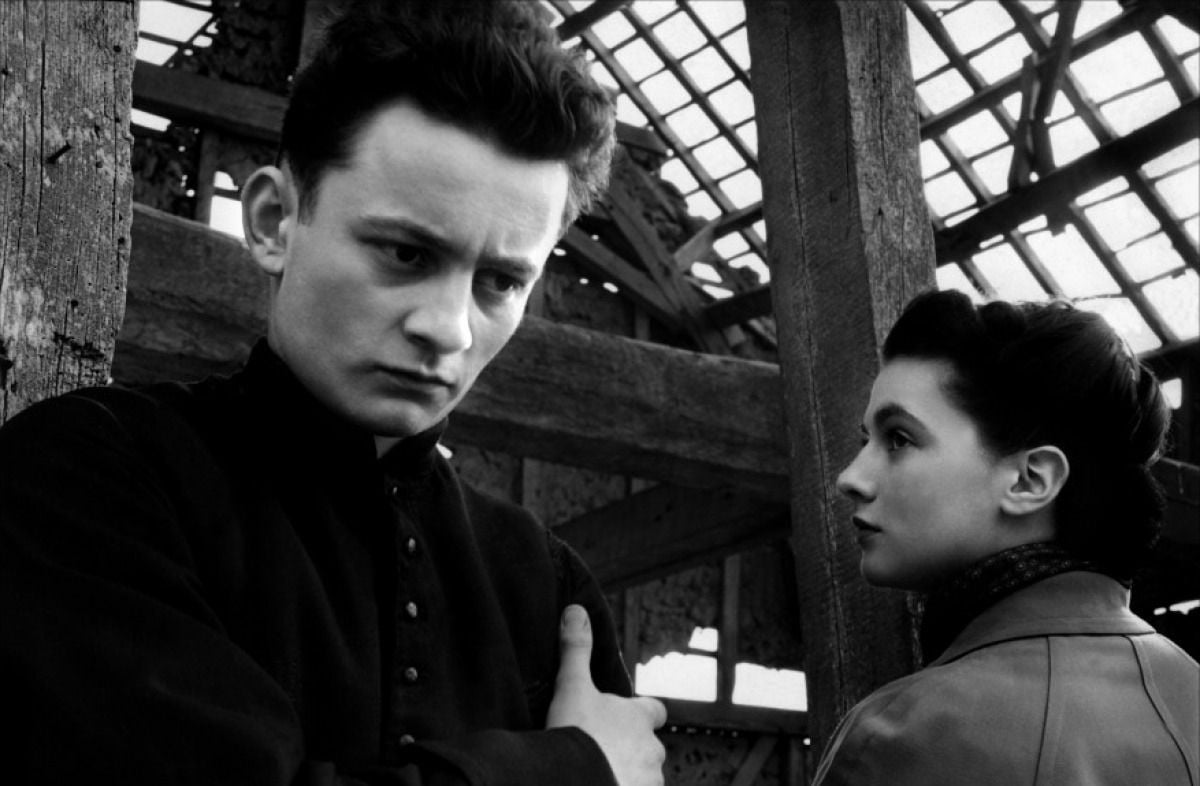 French critic Pierre Bergé said that you have to bring a belief to Diary of a Country Priest, in either heaven or in the cinema. Like the atheistic Pier Paolo Pasolini’s The Gospel According to St. Matthew, Robert Bresson’s film is evidence to a collective spirituality that exists far outside the labels imposed by our creaky systems of belief; the film itself evokes the act of worshiping. This intense spiritual inquiry doesn’t cater to any religious persuasion (Georges Bernados, the author of original novel, was Catholic, while Bresson himself was agnostic), but instead speaks to the universal need for personal foundation in pursuing fulfillment and meaning in one’s life. The career of a priest, then, acts as a most pure example of one who attempts to lead the examined life. This priest—a young, unnamed man (Claude Laydu, an amateur performer in his first role) dealing with his first parish, a small and hardly steadfast congregation from the remote and insulated community of Ambricourt—is plagued by a spiritual and physical turmoil from which he can’t extricate himself. Uncertainty dogs his every step, a flaw that might not be so cardinal but for his occupational requirements as a community leader and spiritual guide. For all his good intentions, he’s a mostly useless figurehead.

Bresson sees spiritual disorder as a disease, not unlike the stomach cancer we suspect is—and is ultimately confirmed to be—plaguing our titular character. Likely to fall ill at the slightest exertion, he has taken to a diet consisting entirely of stale bread soaked with wine. This leads the unnaturally suspicious townsfolk to suspect alcoholism, and in a heartbreaking revelation, we learn that the priest was in fact born to alcoholic parents (“pickled from birth,” as someone tactlessly puts it). Wine drinking is seen less as a habit to be abhorred, however, than as a routine not unlike holy communion, although Laydu’s fasting during shooting adds immeasurably to the priest’s sickly appearance and the accruing tone of his death rattle, and there remains a subtextual suggestion that our physical and spiritual limitations are naturally entwined. If Bess McNeil’s mental and social handicaps allowed her intimate spiritual union as much as they castigated her from the religious community of Breaking the Waves, the priest of Ambricourt is cursed with near-total isolation—from others, from God—and seems utterly incapable of living outside his own head.

Laydu’s priest cannot overcome a profound sadness in the world, and despite a displayed ability to stand his ground when necessary (primarily against the abuses of the community), his occupation only sporadically allows him the exaltation he so desires. In a pivotal sequence, he channels what would seem to be a divine voice as he breaks through the callous emotional barriers of a woman who—having lost her son to death and husband to infidelity—has long since consigned herself to hating God (the event is misinterpreted by others, however, and only leads to greater animosity toward his presence in town). Bresson’s thoughtful framing and use of sound suggest a people isolated by their own collective design: a downward spiral of fractured humanity. Children and parents, husbands and wives, priests and God—all are splintered by the pettiness of the selfish, and both the selfish and selfless suffer alike.

By way of relatively static compositions and a somnambulistic tone (and, perhaps incidentally, lighting effects that recall early iris fade-ins and fade-outs), Bresson’s stylized direction at times suggests the ethereal effect of a silent film, all the better to emulate the muted efforts of the priest to find meaning in his surroundings. Repeatedly returning to the opening image of a diary page being filled (as the priest also communicates his writings via voiceover), Diary of a Country Priest gracefully perceives his worldview and embraces his maddening personal conflicts. God feels absent from the film, but not for lack of want, and Laydu’s intensely introverted modulations suggest one who has unconsciously taken the weight of the world on their back to the point of uselessness—not just to others, but to himself. Although never raised explicitly, the question remains: Is his cancer the cause of his spiritual disorder, or the result of it? In her rave of the film, Pauline Kael said: “If there is a flaw in the film it’s the rhythm—you feel you’re dying with the priest.” Such would seem inherently necessary, however, to understand the religion of such a twisted soul, and all the better to appreciate spiritual release when it finally comes. In the eyes of God, says the priest, the desire to pray is as good as praying itself. In which case, his is a life as holy as it is tragically inert.