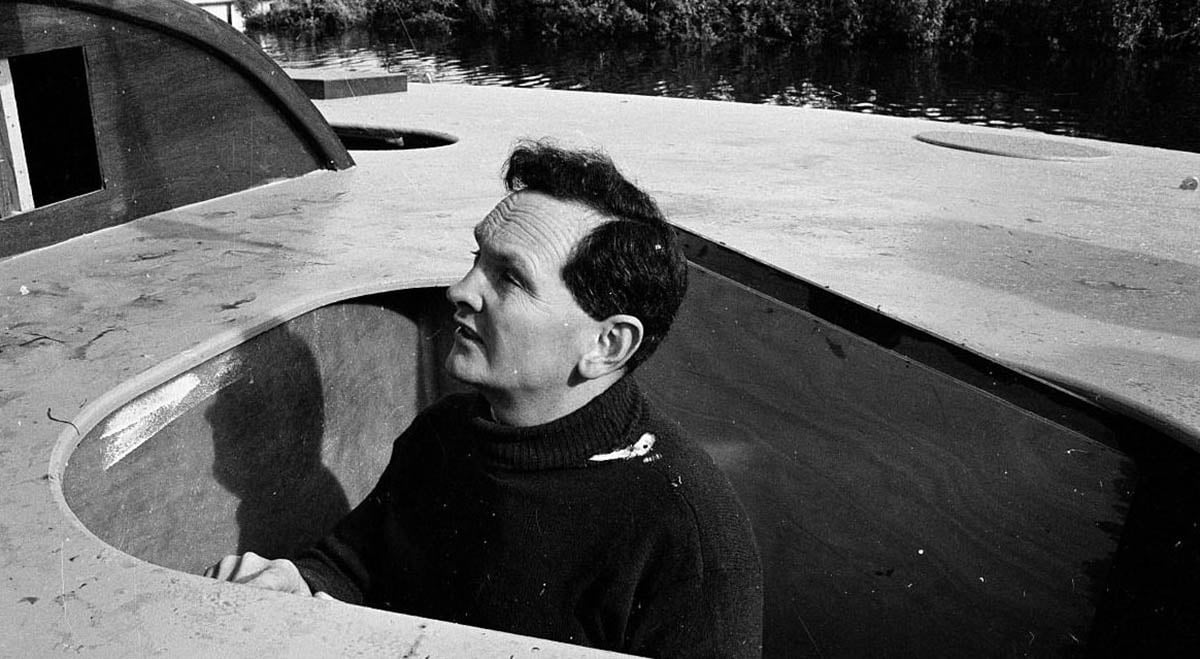 A true-life tale of inadvertent self-destruction, Deep Water’s generic title belies its haunting incisiveness. Employing a traditional (if slightly heightened) nonfiction format, Louise Osmond and Jerry Rothwell’s documentary recounts the saga of Donald Crowhurst, an Englishman who in 1968 entered a race sponsored by London’s The Sunday Times in which nine contestants would attempt to sail around the globe alone, and without interruption. A monumental task, and one Crowhurst—a husband, father of four, and owner of an electronics shop that sold navigation equipment—was far too inexperienced to reasonably undertake.

As interviews with his wife, son, best friend, and various reporters attest, the 36-year-old Crowhurst was a smart, inventive man wracked by low self-esteem over professional troubles, terrified of destitution because poverty had driven his beloved father to an early grave, and consumed with attaining immortality through oceanic triumph. His tragic mistake, however, was twofold: leveraging his family’s livelihood by obtaining sponsorship funding that was contingent on completion of the race; and then, upon realizing mid-journey that his craft wouldn’t survive the trip, committing to a lie from which he couldn’t find the strength to extricate himself. The immense isolation that gripped the final four competitors—and how that isolation helped bring forth and magnify some of their most deeply rooted personality traits—are themes stated a bit too frequently by the film’s narrator, yet nonetheless stirringly conveyed by the juxtaposition of Crowhurst’s lonely dissent into madness with fellow French sailor Bernard Moitessier, who, mere weeks away from returning home to his wife and daughter, chose, instead, to turn around and redo the journey.

More heartrending than its portrait of the psychological transformations wrought by severe seclusion, though, is Deep Water’s depiction of the way in which dreams, if not properly considered, can become lethal traps. Through the audio recordings, photographs, 16mm film footage, and log books that Crowhurst made during the expedition, directors Osmond and Rothwell capture the toxic combination of loneliness, insecurity, and anxiety that led their subject into ever more inextricable situations, culminating in a scenario where his only options were disgrace and ruin on the one hand, or death on the other. Engrossing and insightful, it’s a gut-wrenching case study in fatally boxing oneself into a corner.